The ICC and Ivory Coast: Proprio Motu is the Way to Go

The ICC is likely to open an investigation into alleged crimes in Ivory Coast (Photo: Telegraph)

The ICC wants in. The Court’s Prosecutor has expressed a desire to investigate potential crimes committed in the Ivory Coast. If the ICC is to judicially intervene in the Ivory Coast it will need to both actually stay above the political fray as well as appear to stay above the fray. Its chances of doing so are better if the Prosecutor initiates an investigation proprio motu – by his own volition.

Last week, ICC Prosecutor Luis Moreno-Ocampo indicated that his office would like to investigate alleged crimes in Ivory Coast. Ocampo declared that:

“We are discussing with some (ICC) state parties, particularly within the region, if they wish to refer the case. That would help to expedite the activities of the court…What we are doing now is collecting information in order to open an investigation there. We are concerned about the recent information of massive atrocities in the west of Ivory Coast and we are trying to define exactly what happened there.”

In short, Ocampo may open an investigation proprio motu but would prefer to do so with a referral by the UN Security Council or member-state from West Africa.

“States fought long and hard to ensure that the Prosecutor has proprio motu powers.  Moreno-Ocampo finally got over his ridiculous love of self-referrals with the Kenyan situation; if he wants to investigate in Cote D’Ivoire, he should — to quote the famous Greek philosopher Nike — just do it.”

I have no doubt that the Office of the Prosecutor of the ICC will investigate all sides of the conflict and conduct its investigation impartially. However, one of the more important lessons drawn in recent years has been that justice must not only be done, but must be seen to be done. It may be just as important that an investigation is seen to be impartial as whether or not it is, in fact, impartial.

Given alleged abuses by Ouattara's forces, one observer wondered whether he was a "hero or a villain" (Photo: CNN)

It has become painfully evident that atrocities have likely been committed by both sides in recent days. Despite being granted the legitimacy of the international community following the election victory of Alassane Ouattara over Laurent Gbagbo, the Ouattara camp has recklessly squandered the world’s good will by allegedly committing abuses against Gbagbo supporters. On April 9th, Human Rights Watch declared condemned the actions of Ouattara’s troops:

Column Lynch of Foreign Policy recently wondered whether Ouattara was a hero or a villain, noting that:

Ouattara’s standing as Ivory Coast’s new leader is already being tarnished amid reports that forces loyal to his cause have engaged in gross human rights abuses during an offensive aimed at driving Gbagbo from power.

Of course, Gbagbo’s forces have also allegedly committed serious crimes. It seems obvious that a credible and legitimate investigation into events in the Ivory Coast will be necessary once the current crisis has concluded (and it may conclude soon, given reports that the French forces have detained Gbagbo). Given recent reports suggesting the culpability of Ouattara’s forces in committing atrocities, an investigation would have to look into possible crimes committed by both sides. Whether Ivory Coast is able and willing to set up such a legitimate investigation is unclear and will likely remain unclear for the time being. Alana Tiemessen has described the promises of accountability in Ivory Coast to date as “underwhelming”.

To some extent, it is understandable that the Prosecutor is hesitating to intervene by his own volition in the Ivory Coast. The situation there is delicate to say the least and having the situation referred to the ICC would allow the Court to maintain that, regardless of the implications of its involvement, it was asked by an involved party to investigate. But that is precisely what it should refrain from doing – the Court should not depend on an interested party in becoming involved. If it does, it may appear politically biased. 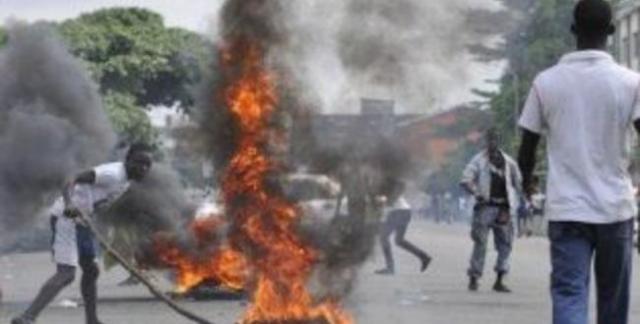 If the ICC becomes involved in the Ivory Coast it is more likely to appear impartial if it opens an investigation prorio motu (Photo: RNW)

As Heller points out, the architects of the ICC fought tooth-and-nail to ensure that the Prosecutor could independently decide to initiate an investigation. Initially, opening an investigation proprio motu was considered bad politics. The ICC wanted to gain some legitimacy-points in the international community by having cases referred to it by member states and thus demonstrate that the world’s sovereign nations both needed and wanted the Court. Indeed, the Office of the Prosecutor even pressured a hesitant government of Uganda to refer the conflict between the government and the Lord’s Resistance Army in the north to the ICC.

I should have mentioned this before, but note that while Ivory Coast is not a member-state of the Court, the ICC has had jurisdiction over the situation in the country since 1 October 2003. The Ivory Coast has remained under preliminary investigation by the ICC since 2005.

Mark Kersten is a consultant at the Wayamo Foundation, a Senior Researcher at the Munk School of Global Affairs, and a law student at McGill University Law School. He is also author of the book, 'Justice in Conflict - The Effects of the International Criminal Court's Interventions on Ending Wars and Building Peace' (Oxford University Press, 2016).
View all posts by Mark Kersten →
This entry was posted in International Criminal Court (ICC), Ivory Coast / Côte d'Ivoire, Transitional Justice, Uganda. Bookmark the permalink.