Pride and the Interventionist Itch: NATO in the Wake of Libya 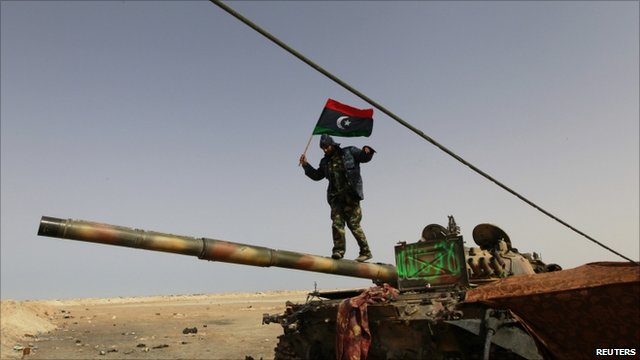 Pride is a tricky thing. We want to feel it but it doesn’t always manifest itself as a good trait. For this reason Alexander Pope once declared that pride is “the never-failing vice of fools”, while Saint Augustine wrote that “[i]t was pride that changed angels into devils; it is humility that makes men as angels.” Pride can blind us and can lead even those with the best of intentions astray.

Last week, when NATO chief Fogh Anders Rasmussen declared that the military organization’s mission to Libya would conclude, he stated that he was “proud of the part NATO played” in “answering the call” to save civilians under attack from Gaddafi forces.

My contention here isn’t to predict the future of NATO engagements. The aim is simple: to place NATO’s “success” in Libya into context and consider the potential dangers of a proud military organization seeking to reproduce its success beyond the remits of international law.

It is remarkable how little the ambivalence and uncertainty of the first few months of the Libyan intervention is now recalled. Who now remembers the Obama administration’s ambivalence and (poorly) expressed desire to “lead from behind” in Libya? And what of the consistent reports that Libya faced a grave danger of becoming an intractable conflict, mired in a perpetual stalemate? All but distant memories now.

Libya has been framed as a success for a number of reasons. For many internationalists, Libya is a success because the Responsibility to Protect (R2P) was finally invoked by the UN Security Council. Many had thought that the emerging doctrine of R2P had become stagnant and were caught by surprise when adversaries like Russia and China allowed the words “responsibility to protect” to be articulated in Security Council Resolution 1973. Not only was R2P invoked but it appeared to work – the obvious threat to the citizens of Benghazi was averted.

For many Western states, particularly the US, the fact that there were no Western casualties was critical to any possible success. Since the events of Black Hawk Down in Somalia, it has become a pseudo-doctrine in Washington that US troops not be deployed in humanitarian crises. Indeed, the “success” of Libya in this regard may embolden a US belief that holding to the ‘Mogadishu line’ and succeeding in engaging in humanitarian disasters is feasible and desirable. While the number of humanitarian crises that the US gets involved in may increase, the use of drones and jets will almost surely contribute to the trend of removing the human from humanitarian interventions.

For better or worse, there’s only so much states are willing to pay for humanitarianism. It appears that the intervention in Libya never came close to any such threshold. While the cost of the intervention will undoubtedly grow as the damage done by the intervention is assessed, the total expenditure of the US was about $1 billion and about the same for the UK. That may seem like a lot but just put that into comparison with the following figures:

Now, I’ll be honest. I love baseball, I appreciate a good Hallmark card and, somewhat selfishly, I do dream of reversing the pandemic of receding hairlines. Joking aside, compared to these expenditures, the costs of the Libya intervention is astonishingly low. In contrast to Iraq and Afghanistan, Libya was peanuts. Iraq and Afghanistan have cost the US trillions of dollars alone. In 2011, monthly military operations in Afghanistan and Iraq were costed at $6.7 billion (Afghanistan) and $6.2 billion (Iraq) per month, respectively. Indeed, it was in part because of these exorbitant costs that virtually no one predicted another intervention in the region.

Last, but certainly not least, Libya is being hailed as a success because NATO succeeded in doing what it morphed its mandate into doing: removing Gaddafi. While this was certainly not originally on the table as a legitimate aim of the intervention, Rasmussen himself has made clear that, eventually, NATO saw no contradiction in removing Gaddafi and protecting Libyan civilians.

This is not intended to be an exhaustive list of why Libya was a success but rather represent the most important elements which allow NATO to claim success.

From Kosovo to Iraq: A Historical Precedent?

Will NATO’s “success” in Libya and its newfound pride lead to increased interventionism? It’s a distinct possibility. The taste of glory – fed by pride – may be insatiable.

Consider the historical precedent of the 1999 NATO intervention in Kosovo. According to most observers and academics, it went remarkably well for many of the same reasons as the Libya intervention. The most lasting criticism it faced was likely from Richard Goldstone, who called it “illegal but legitimate.” It was only a few years after the intervention in Kosovo that an emboldened George W. Bush, intoxicated by the promise of America’s unipolar moment and shouldered by an equally eager Tony Blair, decided to step outside the confines of international law and the UN Security Council to declare war on Saddam Hussein’s Iraq.

Of course, there are critical differences in the case of Kosovo and that of Iraq. The point here isn’t to compare these scenarios as apples to apples but to ask whether the confidence of a successful NATO foray in Kosovo helped spur the interventionist spree that brought us Iraq and Afghanistan – and whether it could do it again in the wake of Libya.

What to do with NATO Pride?

It is nigh impossible to instruct a child who is proud of having just learned to climb trees to quit once he’s climbed a few. This is true regardless of any dangers continuing to climb may pose – to the tree’s limbs and the health of the child. Likewise, it seems unlikely that NATO will quit while it believes it’s ahead. This is symptomatic of the evident and vicious cycle of militarization: military success and pride feeds the desire and perceived need for more military successes.

The reality, it seems to me, is that NATO, or more likely a group of like-minded states within NATO, will translate the “success” of Libya into a willingness and desire to intervene elsewhere.

This “elsewhere” is not abstract. It is quite clear that there is agitation for intervention in Syria. US Ambassador to the UN, Susan Rice, recently declared that the most immediate concern for the UN Security Council was Syria and that “[w]e will not rest until the Council rises to meet its responsibilities.” Another distinct possibility is Iran, where the preemptive bombing of the country’s nuclear facilities appears increasingly likely. Iran, it should be noted, is taking a possible attack on its soil very seriously. 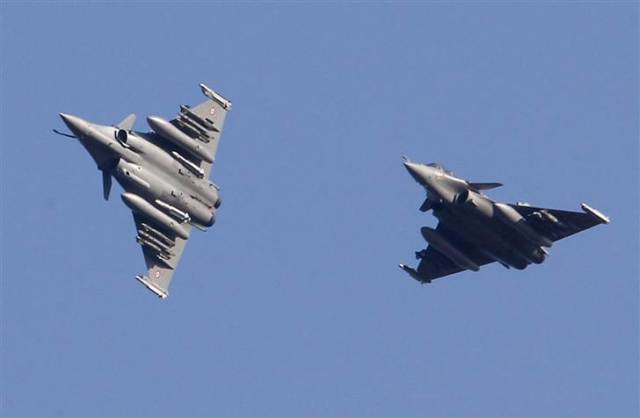 There is a palpable intereventionist itch in Washington, Paris and London. What is worth being cautious over, however, is whether any newfound impetus for interventionism will respect international law. In other words, will we witness military intervention without a UN Security Council mandate? If there is an intervention in Syria, it is quite clear that it would have to occur unilaterally – without the Council’s approval. The same probably goes for Iran.

The dilemma that arises is all too familiar. On the one hand, there is an obvious need to do something to stop the continuation of atrocities being committed in Syria and the possibility of a nuclear armed Iran. On the other, few are inclined to support action outside of the strictures of international law, and the UN Security Council in particular. Yet, as a result of its composition, for the time being, the chances of the UN Security Council approving another intervention post-Libya appear to be zero-to-none. Russia’s foreign minister, Sergey Lavrov, wasn’t mincing words when, in the context of addressing the situation in Syria, he declared that he would not sanction “a second Libya.”

This post is not intended to be a prediction of things to come. It is, rather, a plea for caution. The “success” of the intervention in Libya, in combination with some of the questionably legal elements it included, can never be a blank cheque. NATO today may be far away from the post-Cold War days when many questioned whether, without the Warsaw Pact, it was a viable or even appropriate entity. But it isn’t beyond international law.

Neither is this to say that there will be another Iraq-style intervention somewhere in the world. History doesn’t repeat itself, but it may approximate itself. If nothing else, the financial and economic crisis disqualifies an intervention anywhere near the scale of an Iraq or an Afghanistan. Further, the regional complexities and military capacity of adversaries in the Syrian and Iranian contexts are dramatically divergent from Libya. But these facts don’t disqualify less expensive but just as forceful and intrusive interventions as in Libya.

The point of this think-piece is this: when an institution believes that it can be “proud” of a particular “success” it has achieved, it is likely to want to repeat that success. Successes feed pride and, in order to remain proud, more successes are required. It would thus seem folly, in the wake of Libya, to discount the possibility of NATO states seeking – belligerently and outside of international law – a repeat performance.

Mark Kersten is a consultant at the Wayamo Foundation, a Senior Researcher at the Munk School of Global Affairs, and a law student at McGill University Law School. He is also author of the book, 'Justice in Conflict - The Effects of the International Criminal Court's Interventions on Ending Wars and Building Peace' (Oxford University Press, 2016).
View all posts by Mark Kersten →
This entry was posted in Afghanistan, Iran, Libya, NATO, Responsibiltiy to Protect (R2P), Syria. Bookmark the permalink.

1 Response to Pride and the Interventionist Itch: NATO in the Wake of Libya