The Path Towards Prosecution: An End to Amnesty in Northern Uganda

Mark Schenkel joins us for this insightful and thought-provoking guest-post on the expiry of Uganda’s Amnesty Act and its implications for transitional justice in northern Uganda. Mark is a Dutch journalist based in Kampala, Uganda. He covers developments in East Africa for various media in The Netherlands and Belgium. Enjoy!

A pamphlet from the Ugandan Amnesty Commission encouraging rebels to defect from the LRA and return home in exchange for amnesty (Photo: Resolve)

The recent expiry of Uganda’s long-running amnesty provision for armed rebels has taken quite a number of observers by surprise. On May 23rd, the centerpiece of Uganda’s twelve year old Amnesty Act, whichprovides blanket amnesty to anyone who denounces armed rebellion, lapsed despite media reports and statements by politicians suggesting that the entire Act was going to be renewed. The expiry of the essential part of the Act clearly has far-reaching implications for the debate about whether to forgive or prosecute members of the notorious Lord’s Resistance Army (LRA).

Uganda has taken a new and major step on the path away from amnesty and towards prosecution of LRA rebels. But first let us look at how the confusion and surprisement surrounding the Amnesty Act’s partial ending came about.

The expiry of Part 2 of the Act – the one dealing with the actual amnesty – was reported on Monday May 28th in the government-owned newspaper New Vision. It was a brief piece, on page 3. As it turned out, minister of Internal Affairs Hilary Onek had used his mandate to renew only the three other parts of the Act, dealing mainly with resettlement and re-integration of former rebels. The various elements of the Act, which was put in place in 2000 during the height of the LRA insurgency to encourage rebels to lay down their weapons, can be renewed every six months.

The independent newspaper, Daily Monitor, apparently wasn’t aware of the developments yet. On Tuesday the 29th, it still carried a story about whether or not Ceaser Acellam is eligible for amnesty. Acellam, a high-ranking LRA-commander, had fallen into the hands of the Ugandan army in mid-May (some sources say Acellam surrendered and wasn’t ‘captured’, as the army insists). The Monitor didn’t refer to the lapse of Part 2 of the Amnesty Act the week before, whereas the lapse’s logical consequence is that Acellam is in no way eligible for amnesty (it has, to my knowledge, nowhere been officially declared that Acellam had applied for amnesty before the lapse of Part 2). Only on Sunday, June 3rd did the Monitor report about it. In the meantime, Uganda Radio Network had caught up on the news, just like several foreign media (Radio Netherlands Worldwide and the UN-subsidized IRIN).

Truth be told, initially I myself thought that the Amnesty Act would be renewed in its entirity. Journalists, legal observers, members of Uganda’s general public – most people were under the same impression. One possible explanation is that back on April 16th, Deputy Speaker of Parliament Jacob Oulanyah was quoted as saying that the Amnesty Act was going to be renewed. Oulanyah spoke in the Northern Ugandan town of Gulu, in front of thousands of people who had showed up for the public screening of KONY2012.

Another explanation for the widespread expectation that the Act was going to be renewed may lay in the government’s decision to let part of the Act lapse without parliamentary approval – technically, this approval is not required. The decision wasn’t debated among the Ugandan people’s representatives. In its own statement on the website of the Ugandan media centre – posted several days after the expiry of the Act’s part 2 – the government didn’t explicitly say that amnesty is no longer in existence. 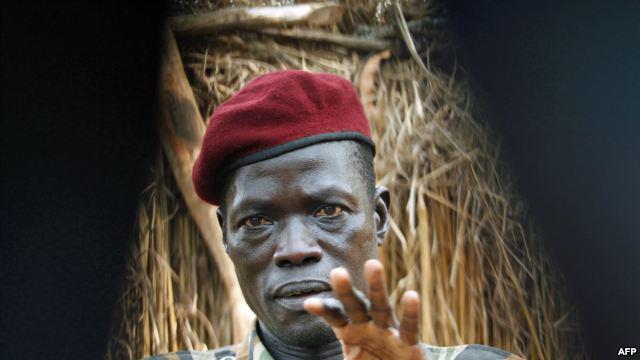 Lastly, an explanation may be that during the days before part 2 expired, the Directorate of Public Prosecution (DPP), the Amnesty Commission as well as lawyers were publicly debating Ceaser Acellam’s eligibility for amnesty. When I contacted them after the expiry had come to light, both the DPP and the Amnesty Commission said that at the time of their public comments, no decision on the (partial) renewal of the Amnesty Act had yet been made. They simply discussed Acellam’s situation under the then-applicable rules – meaning an Amnesty Act still intact.

But it seems difficult to believe that the government didn’t know that is was going to let Part 2 of the Act expire. As things continued, the decision took virtually everyone by surprise (including, reportedly, the Commission tasked with carrying out the very Act). Perhaps government didn’t want to draw too much attention to a decision that concerns such a sensitive issue, as is illustrated by the many critical reactions it is by now receiving, especially in Northern Uganda.

Several people involved in the amnesty-debate who want to remain anonymous are convinced that the government indeed took its controversial decision at the last minute, perhaps in a somewhat uncoordinated manner. They point to the public prosecutor’s early and clearly stated ambition to prosecute rather than pardon ‘big fish’ Acellam. Government, the reasoning goes, hastily decided to scrap the amnesty provision – especially since the Amnesty Commission had declared that Acellam would actually be entitled to a pardon.

This argument doesn’t sound entirely implausible. Uganda has been increasingly intent on prosecuting LRA-rebels for several years now. In 2008 it set up the International Crimes Division at the High Court with the specific aim of prosecuting high-ranking LRA-members. The decision to create the Division may have been partially inspired by the wish to inspire trust in a ‘home grown’ solution to the LRA-conflict among the LRA top brass who were in 2005 indicted by the International Criminal Court, thereby using justice as a negotiation instrument and not yet as a means in itself. But with the diminished threat of the LRA to Uganda, the government does seem to increasingly view prosecution as a goal in itself, regarding amnesty as unnecessary in battling a group that is no longer a serious threat to the country. So if the ‘capture’ of Ceaser Acellam was a reason to get rid of amnesty, then probably it wasn’t the sole, decisive factor – it just sped things up.

State minister for Internal Affairs James Baba, the deputy of Hilary Onek, told me that the government’s decision to scrap amnesty “has nothing to do with Acellam” though. According to Baba, the decision was taken because the Amnesty Act “conflicts” with international legal obligations. In 2010, Uganda domesticated the ICC’s Rome Statute which, some experts argue, overrules national amnesty provisions. Donor countries and human rights organizations have been pushing the prosecution-stance for quite some time. For those who still believed Joseph Kony might have benefited from the blanket Amnesty Act, the new context seems to leave room for no illusions. 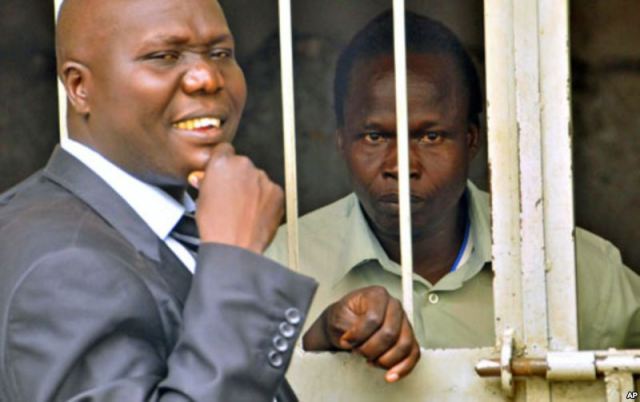 A big question that remains is why the government took the drastic step of ending amnesty outright instead of exempting individual, high-ranking LRA-commanders whilst leaving the Act itself in tact so that the majority of rebels (including abducted children) could still benefit. Many observers argue that since the Act’s amendment in 2006, the government is very much mandated to exempt individuals. State minister James Baba, however, says this requires parliamentary approval, raising the question as to why the government didn’t simply go to parliament to get approval. For critics the answer is simple: because amnesty no longer fits the government’s wishes.

The government’s actions become even more confusing if one realizes that it is preparing a new ‘transitional justice-bill’ which will re-introduce amnesty for lower ranking rebels – the ones who are left out since the lapse of part 2 of the Amnesty Act. This initiative may reassure some proponeants of blanket amnesty. But why such a detour instead of – again – just exempting a few individuals from the existing rules?

Time may tell. For now, the reality is that amnesty for LRA rebels is no longer provided for in Uganda. The new ‘transitional justice-bill’ will take at least a year to be adopted. But, state minister Baba says: no fear, lower ranking rebels will in the meantime still walk free if they surrender or get captured; it’s just that they will have to go through ‘judicial review’ and won’t receive a formal amnesty. It will be interesting to see how this new context will affect the remaining couple of hundred LRA-members in Congo, South Sudan and the Central African Republic. Will the ones who consider defection still feel secure enough to come out of the bush? Not everyone thinks so.

The end of amnesty may also complicate the case of Thomas Kwoyelo, the mid-level ranking LRA-figure who was captured in Congo in 2009. Despite the High Court and the Constitutional Court ruling that he is entiteld to amnesty (rulings that clash with the argument that amnesty is incompatible with Uganda’s ICC commitments), Kwoyelo remains in prison. The state is intent on prosecuting him as the first-ever LRA-rebel before the International Crimes Division. The final ruling on Kwoyelo’s amnesty application is expected later this year. But even if the Supreme Court rules in Kwoyelo’s favor, it is unclear if the Amnesty Commission will be allowed to issue the necessary amnesty certificate now that the Amnesty Act has been stripped of its amnesty. The Commission itself told me it doesn’t even know. It “will cross that bridge when we get there”. That doesn’t inspire much confidence.

Mark Kersten is a consultant at the Wayamo Foundation, a Senior Researcher at the Munk School of Global Affairs, and a law student at McGill University Law School. He is also author of the book, 'Justice in Conflict - The Effects of the International Criminal Court's Interventions on Ending Wars and Building Peace' (Oxford University Press, 2016).
View all posts by Mark Kersten →
This entry was posted in Amnesty, Kwoyelo Trial, Transitional Justice, Uganda and tagged Caesar Achellam, Thomas Kwoyelo. Bookmark the permalink.

3 Responses to The Path Towards Prosecution: An End to Amnesty in Northern Uganda