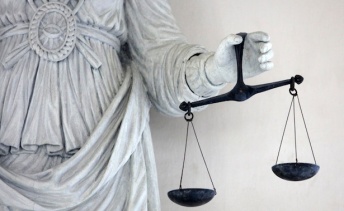 The International Criminal Court is often accused of being “political” or “politicized” in its selection of situations and cases. What has become most problematic for the Court’s credibility and impartiality in this regard are the situations and cases that have not been selected, and the criteria and discourse used to justify such omissions and imbalanced prosecutions. Specifically, the “gravity threshold,” which the OTP uses to justify who is prosecuted and who isn’t, is politically problematic for the ICC. Prosecutorial strategies that target only one side of a conflict are frequently justified in terms of gravity – that the crimes of some individuals are graver than their opposing parties,.

I suggest there are two political problems with the gravity threshold in case selection.

1)     Assessing the gravity of one party’s or individual’s crimes relative to their opponents is ethically and politically problematic. This approach ultimately results in the ICC’s de facto support of one side of the conflict over another and perpetuates impunity gaps at the international and domestic level.

2)     While atrocity crimes can be ranked, scaled, and compared across parties and perpetrators, no victim can be considered less victimized or less deserving of justice than another.  To date, the manner in which the gravity threshold has been operationalized is an affront to victims and is likely to erode the ICC’s legitimacy among this important constituency.

The “gravity” of atrocity crimes is not defined in the Rome Statue or the Rule of Procedure and Evidence. There are only vague references to it in the Rome Statute with respect to how it affects whether a case is admissible (in addition to the complementarity criterion) or in the “interests of justice.” Studies of early case law and policy papers from the Office of the Prosecutor (OTP) have clarified that four factors are used to determine gravity: the scale, nature, manner of commission, and impact of the crimes. (For a more detailed legal analysis of the gravity threshold see SaCouto and Cleary’s work)

The gravity of crimes under the Court’s jurisdiction has become important to the selection of both situations and cases and, according to William Schabas, is “central to the Prosecutor’s discourse.”

The gravity threshold has affected situation selection, notably in the justification to not pursue further investigations in Iraq. Situation selection is hampered, however, by many other political and legal factors that are mostly beyond the Court’s control. I focus here on case selection because the OTP has unrivalled authority to select cases within situations and to do so independently and impartially. With respect to selecting cases, the ICC is focused on those considered most responsible for committing what are collectively known as “atrocity crimes.” But atrocity crimes in many conflict situations are widespread and the chain of responsibility is long and complex. Selectivity in the Prosecutor’s strategy is therefore a pragmatic necessity and the gravity threshold has an important functional role.

The gravity threshold is presumed to be an impartial legal criterion. But upon further scrutiny it has provided a legal justification for imbalanced prosecutorial strategies that often reflect a political balance of power at the domestic level. For most conflict situations, the OTP has only pursued prosecutions of individuals on one side of the conflict. This pattern reinforces a growing perception that the Court picks winners and losers because it is reluctant to create a moral and legal equivalency between the crimes of different parties or is influenced by external political interests. This has been particularly true in cases where the ICC, and the international community more broadly, fails to pursue crimes of ruling elites who have rhetorically signaled their support for international justice and whose cooperation is needed to ensure successful investigations, arrests, and trials.

This pattern is most apparent for the ICC’s cases in Uganda, Democratic Republic of Congo (DRC) and Cote d’Ivoire. Both supporters and skeptics of the ICC are critical of the OTP for failing to indict individuals in the government and military for committing atrocities. The crimes of ruling elites in these conflict situations are indeed grave – but the OTP contends that crimes are not grave enough relative to their opponents’ crimes in order to justify indictments.  For example, former ICC Chief Prosecutor, Luis Moreno-Ocampo, repeatedly argued that the Ugandan government’s alleged crimes do not meet the gravity threshold relative to the crimes of the LRA. But scholars, human rights advocates, and victim communities in northern Uganda contend that the government’s crimes, even if relatively less grave, still constitute atrocities and the ICC’s grant of de facto impunity for ruling elites is an affront to victims. See Phil Clark’s and Adam Branch’s arguments on this tension in the Uganda situation. 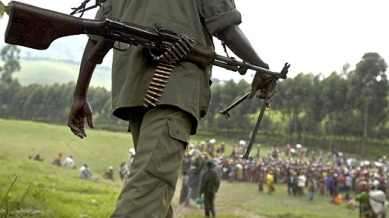 Similarly for the DRC situation, civilians in the eastern region have been victimized by the military and subjected to atrocities such as killings, displacement and high levels of sexual violence. For more information and evidence of crimes committed by the military, see this HRW press release and a recent news story on sexual violence committed by soldiers. To date, the Court has indicted only leaders of non-state armed groups. It is also somewhat ironic that individuals like Lubanga and other rebel leaders have been charged for their lesser crimes, and justified by the gravity threshold, while the greater crimes of more elite perpetrators are unaccounted for. Of course, establishing command and individual responsibility for crimes committed by political and military elites will be a legal and political challenge for the ICC. But there is ample evidence of atrocities on both sides. This, coupled with an obvious domestic will and capacity gap to prosecute both sides in the DRC, makes it imperative that the ICC seek balance in its prosecutions.

In Cote d’Ivoire, only the ousted President, Laurent Gbagbo, and his wife have been indicted for their crimes. President Ouattara’s regime and supporters, widely known to have committed atrocities on par with those of Gbagbo’s, have so far been spared the ICC’s scrutiny or even pressure to hold both sides accountable on a domestic level. The gravity justification has not been employed, yet, to justify this imbalance – leaving some hope that this pattern can be broken.

It is perhaps not coincidental that impunity for ruling elites is more likely in cases of State Party self-referral. The Court has established a pattern in its prosecutorial strategies whereby ruling elites in states that refer their situations to the Court can ensure their impunity as long as their crimes are no graver than the crimes of their opponents. Moreover, imbalanced prosecutions by the ICC only further legitimizes and sanctions imbalanced justice at the domestic level, which has been evident in all of the above cases and in past cases of international justice (i.e. Rwanda).

Gravity and the Impartiality Debate

The OTP has reacted to criticism that it is not impartial and rejects seeking “balance” for its own sake when selecting both situations and cases. In a 2010 policy paper, the OTP states that “balance” should not be a priority for situation and case selection.

“Geo-political implications of the location of a situation, geographical balance between situations or parity between rival parties are not relevant criteria for the selection of situations under the Statue.”

“Impartiality does not mean ‘equivalence of blame within a situation either.”

In contrast, criticisms of the ICC’s use of the gravity threshold reflect various political, legal and ethics dilemmas.

“Rather than provide ‘victor’s justice,’ the ICC should investigate and prosecute crimes committed by all sides, even where doing is politically inconvenient. Rarely are crimes only committed by members of one party to a violent conflict, even if abuses are often attributed more to one side than the other.

Not surprisingly, ICC investigations are likely to occur in highly polarized situations with sharp divisions between communities. Affected communities are all too aware of violations committed by various parties, so failure to address serious crimes—or to explain why they are not being addressed—can undermine the court’s legitimacy in the eyes of those communities.”

William Schabas, in his book Unimaginable Atrocities, criticizes the gravity threshold as vague and haphazardly applied:

“The gravity language strikes the observer as little more than obfuscation, a laboured attempt to make the determinations look more judicial than they really are…They have undoubtedly convinced themselves that they have found a legalistic formula enabling themselves to do the impossible, namely, to take a political decision while making it look judicial.”

Margaret M. deGuzman assesses the relationship between the ICC’s legitimacy and how it has operationalized the gravity threshold. She argues that

“gravity acts to legitimize the Court in two interrelated ways: the gravity threshold helps to ensure the moral legitimacy of the Court’s exercise of jurisdiction, and the Prosecutor’s discretionary use of relative gravity strongly affects perceptions of the Court’s legitimacy.”

While the gravity threshold is a pragmatic necessity in the selection of cases at the ICC, the resulting imbalanced prosecutions have important political implications. There is a case to be made for deliberately seeking prosecutions on both sides when both sides have committed atrocity crimes, even if the crimes of one party are relatively less grave than the other.  If international justice is imbalanced in this manner it will be emulated and sanctioned at the domestic level. It is essential that the ICC recognize its role in filling impunity gaps and not perpetuating them.