Could Yahya Jammeh End Up at the International Criminal Court? 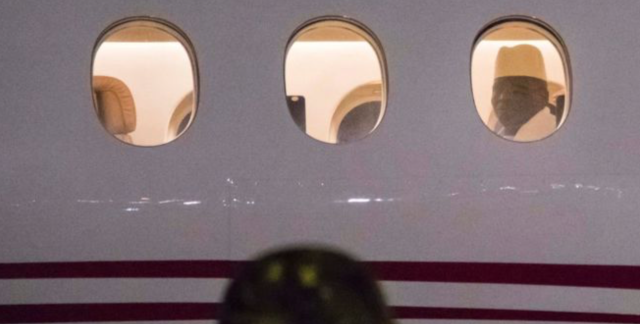 It was unthinkable just a few short weeks ago. But today, Yahya Jammeh is no longer in power in The Gambia. Following last-minute mediation efforts by West African leaders, Jammeh’s twenty-two year-long rule came to a much-anticipated conclusion last week. After weeks of heightened tensions and fears that violence might erupt in the small country of just 2 million people, the crisis concluded peacefully — and Jammeh fled into exile. Adama Barrow, elected President of The Gambia on 1 December 2016, currently remains in neighbouring Senegal, but is set to return to Banjul and assume power. So what will come of Jammeh, a leader widely seen as responsible for political repression and a host of human rights violations? Could he end up facing charges at the International Criminal Court (ICC)?

The ICC, and the issue of retributive justice more generally, lurked in the background throughout The Gambia’s political crisis. Just weeks before the presidential elections, Jammeh declared that The Gambia would withdraw from the ICC. In response, Barrow pledged to keep the country a member of the Court, a promise he says he intends to keep following his ascension to the presidency.

Jammeh famously accepted the election results only to flip-flop on the decision a week later. In that intervening period of time, one of Barrow’s political allies stated that Jammeh would be prosecuted for his crimes within a year. Some thus speculated that Jammeh’s volte face was spurred by his fear that his giving up power would lead to his prosecution. But as Jammeh dug his heals in, the issue of investigating, let a lone prosecuting, Jammeh, was put on the back-burner. The priority was to ensure a peaceful transition of power and to avoid any bloodshed. Through successive rounds of negotiations, led by Economic Community Of West African States (ECOWAS), neither states nor major international human rights organizations voiced demands for justice and accountability. While both Nigeria and Morocco offered Jammeh asylum, Barrow smartly reiterated that Jammeh would be welcome to stay in the country.

As the political crisis unfolded, Senegalese troops, endorsed by ECOWAS and the UN Security Council, entered the country. The feasibility of Jammeh remaining in The Gambia evaporated. The question was no longer whether Jammeh would leave, but rather under what conditions. In the end, ECOWAS brokered a deal with the former despot. According to the terms of the settlement, Jammeh will not receive immunity but he did receive certain protections and a free path out of The Gambia. During the night of 21 January, he boarded a plane with Guinean President Alpha Conde. After reported stop-overs in Conakry and Malabo, Jammeh arrived in Equatorial Guinea.

Upon Jammeh’s departure, Barrow was asked about whether the former leader might be prosecuted. The President, however, said that his priority is to set up a truth and reconciliation commission to find the ‘truth’ of what transpired during Jammeh’s tenure:

Still, there have been implicit suggestions that Jammeh may be concerned that he could find himself before the ICC and that his choice of Equatorial Guinea reflects that fear. According to a report in the BBC,

Equatorial Guinea does not recognise the International Criminal Court (ICC) and has weak civil society and opposition groups, reducing the chances of the government coming under pressure to hand over Mr Jammeh to either the ICC or Mr Barrow’s government for prosecution.

The CBC has similarly referred to the apparent importance of Equatorial Guinea not being a member of the ICC:

The unpredictable Jammeh… is now in Equatorial Guinea, home to Africa’s longest-serving ruler and not a state party to the International Criminal Court.

But does Jammeh have anything to fear from the ICC? Sure, the Court’s prosecutors may see Jammeh’s fall from grace as an opportunity to investigate and target him for prosecution. But it seems very unlikely. Here are four reasons why we shouldn’t expect the ICC to go after Jammeh.

First, it is unclear whether the alleged crimes and human rights violations perpetrated under Jammeh could amount to crimes against humanity of sufficient gravity for the ICC to issue a warrant for him. Last June, following allegations of political repression, ICC chief Prosecutor Fatou Bensouda, herself a Gambian and former Justice Minister under Jammeh, declined to open an investigation into The Gambia, stating:

These crimes have their specific elements and we look at them very closely to see whether those elements are present. It has to be clear that the ICC is not a human rights court but a court that deals with specific crimes under the Rome Statue. Those that reacted to President Jammeh’s threat of burying his critics ‘nine feet deep’ did so based on human rights, my mandate is crime and if these crimes have been committed it would have been different.

This isn’t to say that an investigation could reveal additional evidence that Jammeh is responsible for crimes against humanity, but for the moment, that evidence is, at the very least, unclear.

Second, and relatedly, unlike the implicit suggestion in both the BBC and CBC articles, The Gambia is not on the ICC’s radar. It is not even under preliminary examination. That could change if Barrow thinks it is useful to refer the situation in The Gambia to the Court. But even if he does, the ICC would be unlikely to open an investigation quickly. Not only is the evidence of crimes against humanity unclear, but if we are to believe the ICC’s Office of the Prosecutor, the Court will only open one new investigation this year — and that investigation will be in Afghanistan.

Third, the ICC surely has little-to-no interest in making any decisions that would undermine the diplomatic efforts of ECOWAS or adversely affect the still-delicate situation in The Gambia. The country’s peaceful transition and the departure of Jammeh is largely owed to the deft mediation efforts of West African leaders, at the highest levels of government. Many African states, indeed many states in general, are concerned about the effects of ICC on resolving regional disputes through peaceful negotiations. Of course, the ICC actual effects remain unclear. But if the ICC were to intervene and issue a warrant for Jammeh at this stage, they would be adding fuel to the fire of perceptions that the Court is insensitive to diplomatic and political realities. Jammeh should be on a short leash — and he likely is — but it isn’t clear an ICC intervention would be wise or useful.

This brings me to the final, and perhaps most important reason why the ICC won’t intervene in The Gambia: any justice and accountability measures should be implemented locally or regionally. President Barrow has already committed his government to a transitional justice plan with a truth commission at its core. That could potentially lead to investigations and prosecutions down the line. But the focus — of states, human rights groups, donors, and civil society — should be on strengthening the capacity of Gambian institutions to see that plan through. If there is a need to investigate and prosecute Jammeh, everything should be done to see it happen in The Gambia. If that isn’t feasible, for political or security reasons, then it should happen through a regional mechanism, much like the Extraordinary African Chambers in Senegal, set up to prosecute former Chad dictator Hissène Habré.

Mark Kersten is a consultant at the Wayamo Foundation, a Senior Researcher at the Munk School of Global Affairs, and a law student at McGill University Law School. He is also author of the book, 'Justice in Conflict - The Effects of the International Criminal Court's Interventions on Ending Wars and Building Peace' (Oxford University Press, 2016).
View all posts by Mark Kersten →
This entry was posted in Africa, International Criminal Court (ICC), International Criminal Justice, Transitional Justice, Truth and Reconciliation Commissions, Truth Commission and tagged Adama Barrow, ECOWAS, Yahya Jammeh. Bookmark the permalink.

7 Responses to Could Yahya Jammeh End Up at the International Criminal Court?