Marginalization and Conflict – The Politics of Memory in Mozambique

Natália Bueno joins JiC for this guest-post on the latest battle for Mozambique’s politics of memory. Natália is a Postdoctoral Researcher Project CROME, CES-University of Coimbra. 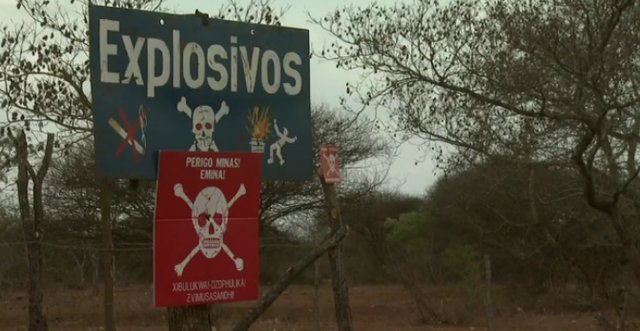 Troubling news has dominated media coverage in Mozambique in recent months. The devastating impact of Cyclones Idai and Kenneth, former Finance Minister Manuel Chang´s extradition stalemate, and difficulties in voters’ registration have dominated the news cycle. In the midst of such urgent matters, the verbal attack of the member of parliament Alice Tomás from the ruling party Frelimo against the activist and researcher of the NGO Centro of Integridade Pública(CIP), Fátima Mimbirewas, was also in the news. Why? Because in Tomás’ reply to a Facebook post made by Mimbire, she argued that the activist deserved no less than “to be raped by 10 strong men”. In case the reader has not guessed yet, Mimbire’s post pertained to Afonso Dhlakama, the former leader of the opposition Renamo party; or more precisely, it was a post in which she raised questions about Mozambique’s national heroes and whether or not Dhlakama deserved to be part of this select club. Mimbire attacked the very heart of Frelimo’s politics of memory: the reproduction of a narrative in which its members are the saviors of the country and, therefore, the ones to be remembered. To include Dhlakama in such a club would either call this narrative into question or lead to its fundamental revision.

First things first. For 38 years, Dhlakama was the number one of the National Mozambican Resistance (Renamo), Mozambique’s second political force and former guerrilla movement. He had shortly joined the movement in 1976 when he became its leader following the death of André Matsangaíssa in 1979. Considering that the civil war between the Mozambique Liberation Front (Frelimo) and Renamo lasted for almost sixteen years (1977-1992), Dhlakama commanded Renamo nearly for its whole duration.

The number of war-related deaths from the civil war was close to one million. In addition, 1.5 million were forcibly displaced and made refugees in the neighboring countries due to the horrors of the war. According to UNICEF estimates, 90 percent of the population was living in poverty and 60 percent living in absolute poverty by the early 1990s. Against this backdrop, no one could argue that the war had not left Mozambique in shatters. Disagreement was reserved for ascertaining the root causes of the war.

On the one hand, Frelimo’s authorities portray the civil war as an extension of the war of external aggression, initially led by Rhodesia, and then continued by the Apartheid regime in South Africa; or, in a simpler way, a war of destabilization. On the other hand, in characterizing the civil war as a battle for democracy, Renamo emphasizes the internal element of it, namely as a violent response triggered by Frelimo’s post-independence authoritarian regime and repressive policies. Boiling down these understandings, if one agrees with Frelimo’s interpretation of events, Dhlakama should never be considered a national hero. Conversely, if one puts themselves on Renamo’s side, Dhlakama surely deserves a spot in the pantheon of heroes as the “father of democracy”.

This crossroad leads us to the question of whois supposed to be remembered in Mozambique, which, in turn, explains whyMimbire’s post provoked such a horrendous reaction. According to the Liberation Script, the tale that narrates how Mozambique was freed from Portugal’s colonial grip, Frelimo’s members are the country’s heroes and, therefore, the ones to be remembered.

This story easily checks when one observes the sites of memory – monuments and museums – that are present in the country. After years marked by a “conspiracy of silence” about the past, Frelimo’s cadres promoted the rehabilitation of the memories of the Liberation war (1964–1974) as well as of its main figures. To mark the 40thanniversary of his death, 2009 was declared the year of Eduardo Mondlane, Frelimo’s first president and a victim of a letter bomb in 1969. A museum was also built to honor the memory of the “architect of national unity”, as Mondlane is characterized. An open-air museum, Mondlane’s historical site is located in Nwadjahane, Gaza province, and includes the house where he was born in 1920, the house where he stayed during his visit to the country in 1961 after years of living abroad, and a memorial with a detailed account of his life achievements. The memorialization of Samora Machel, Mozambique’s first president, is another example. Frelimo also dedicated a year to him: 2011, the year that marked the 25thanniversary of Samora’s death in an airplane crash yet to be explained. In the same year, a 9 meters tall statue of the “father of Mozambique”, as Machel is known, was laid in the main square of the capital Maputo, Praça da Independência. This statue was built by the Mansudae Overseas Project, in Pyongyang, North Korea, and weights 4.8 tons.

However, when it comes to the memorialization of its former adversaries, Frelimo’s support has been quite different.  In 2007, Renamo was in control of the Beira municipality – the second most important city in Mozambique – and presented a proposal to the Municipal Assembly to attribute the name of André Matsangaíssa to a square located in one of Beira’s neighborhoods. An emblematic figure for supporters of Renamo, Matsangaíssa is considered the founder of the movement and admired for initiating the guerrilla movement against Frelimo. After nearly a year, Renamo’s proposal was accepted and the square was named after Matsangaíssa. Such an achievement was not, however, without a fight. Frelimo used all means available to try to impede the designation of the square.

Resuming Dhlakama’s life story, in 2013, he abandoned the General Peace Agreement (GPA) that brought Mozambique’s civil war to an end in 1992. As a consequence, new armed attacks between Renamo and governmental forces took place, covering particularly the central and northern provinces of the country. In 2015, after being attacked twice by gunmen– the first time on 12 September and the second one only thirteen days after – Dhlakama returned to Gorongosa mountain range in the center of Mozambique. He died in May 2018 before the negotiations between him and president Filipe Nyusi could be concluded. The negotiations included a decentralization package as well as the demobilization and integration of Renamo’s men into the Defense Security Forces.

In late April of this year, the new leader of Renamo, Ossufo Momade, announced that the party will prepare a proposal for the attribution of the national hero title to Dhlakama. As Frelimo’s historical arch-enemy, the question whether he will ever be awarded such a title is something that only the future can tell. What one could risk saying, however, is that given Frelimo’s record of exclusively promoting the memory of its own members, the inclusion of Dhlakama in the heroes’ club would mean a break in this cycle of marginalization, eventually reducing the historical antagonism between both sides.

Less than a week ago, Nyusi and Momade signed a new peace deal paying the way for the general elections in October. In the name of reconciliation and political stability, the government also approved another amnesty law, as it previously did in 1992 and 2014. The issue that remains is whether both sides will take concrete measures towards a lasting peace this time – which needs to include a more inclusive politics of memory.

Mark Kersten is a consultant at the Wayamo Foundation, a Senior Researcher at the Munk School of Global Affairs, and a law student at McGill University Law School. He is also author of the book, 'Justice in Conflict - The Effects of the International Criminal Court's Interventions on Ending Wars and Building Peace' (Oxford University Press, 2016).
View all posts by Mark Kersten →
This entry was posted in Memorialization, Mozambique, Politics of Memory and tagged Natália Bueno. Bookmark the permalink.