Broadening Horizons: Ecocide, Famine and the “Other” Crimes 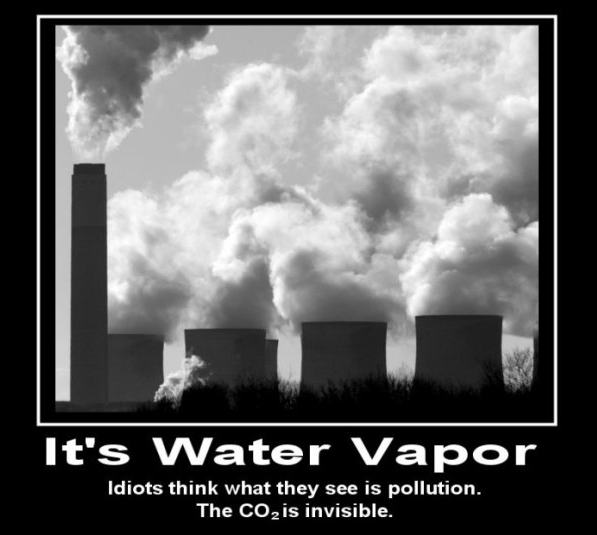 If you can’t see it, it can’t and doesn’t really matter that much. That seems to be the attitude of many of us to key issues of international concern. Take for example, a core contradiction in many people’s hesitation to support the adoption of a carbon tax to combat climate change: it’s fine to tax the trash we put out on the curb, but it’s not fine to tax the trash we put in the air.

The state of international criminal law privileges direct forms of violence. This is an extension of the dominant understanding of peace as negative peace, the absence of large-scale, direct forms of violence. The holy trinity of international crimes – war crimes, crimes against humanity and genocide – constitutes physical violence perpetrated against victims.

While the criminalization of some acts which “shock the conscience of humanity” is surely one of the most important developments in contemporary international politics, it has, perhaps inevitably, come at the expense of more structural or indirect forms of violence. Famine becomes something to support with donations and sympathy but not an issue for which anyone can be held responsible. Neglecting to protect vulnerable populations in the wake of environmental disasters becomes a challenge for humanitarian aid rather than an issue of criminal neglect. The real and potential destruction of peoples’ livelihood through environmental degradation becomes a matter of business, job-creation and green politics and not a matter of justice – even when it risks eviscerating entire nations.

Indeed, what about the more silent killers which threaten the life and livelihood of millions of people?

There are those who have begun to challenge the monopoly of international crimes as direct forms of violence. This past week in London, a mock trial was held at the British Supreme Court where top lawyers played out two cases: one concerning the extraction of oil in Canada’s notorious tar sands and one regarding BP’s disastrous oil spill in the Gulf of Mexico. The charge? Ecocide, defined by its most forceful champions, Polly Higgins as:

“The extensive damage, destruction to or loss of ecosystems of a given territory, whether by human agency or by other causes, to such an extent that peaceful enjoyment by the inhabitants of that territory has been severely diminished.” 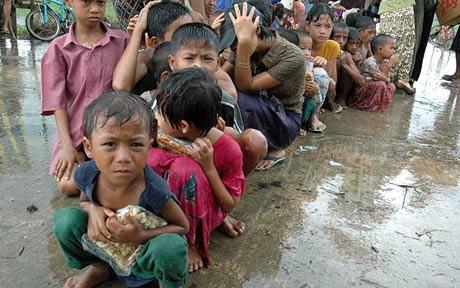 While the notion of ecocide is an attempt to criminalize large-scale environmental degradation, it is critical to highlight, in this context, how environmental degradation can create human death and suffering. This is not to be anthropocentric. But a much under-examined reality within international justice is the indirect, structural violence that is inflicted when states shirk their responsibilities to protect citizens from the effects of environmental trauma – whether from ecocide or natural disasters.

An instructive example is the Burmese junta’s response to Cyclone Nargis. Following the devastating cyclone, Burmese officials implemented what could be described as a blockade on humanitarian aid, thus prolonging suffering and guaranteeing that thousands of the country’s most vulnerable and marginalized would perish from disease and starvation. Roberta Cohen argued that:

“the disaster may have begun as a natural disaster but it quickly turned into a human-made disaster in which crimes — that could well constitute crimes against humanity — were committed, with many needless deaths resulting.”

A similar challenge to orthodox thinking on the purview of international criminal law is presented by recent debates on the potential criminal responsibility of al-Shabab in instigating and prolonging the Somali famine. Numerous commentators have questioned how it is possible that, despite making the suffering of starving victims a matter of policy, al-Shabab’s actions are not considered criminal. David Jens Ohlin, for example, notes that:

“the right to food is a universally recognized human right. Therefore, the argument goes, if people are dying from a lack of food and potable water, somebody must be responsible and it must be a crime. A crime against humanity sounds just about right.”

If, as it is increasingly accepted, famine is not a natural phenomenon but a politically orchestrated and man-made disaster, then how is it that, at the end of the day, no person is responsible? Surely it’s no stretch to say that Kim Jong-il is personally liable for the famines which wrought the slow death of millions of North Koreans.

Of course, there is some push-back from those who want to protect the clarity of international criminal law. International justice remains a young and fragile project. Applying “crime against humanity” to everything that’s big and bad may be a risky over-extension of the term. Expanding it before it successfully fulfils its initial mandate could have disastrous and deleterious effects. After all, you don’t teach a child to ride a bicycle before it can walk. However, the challenge is clear: to find a way to expand accountability without sacrificing the strength of the current international criminal legal regime.

If, as proponents of international criminal law suggest, international accountability has a key deterrence effect, then should they not seek ways in which to bring environmental degradation and famine under their umbrella and thus deter them too? Or are these acts – despite being major sources of misery and death – somehow less bad than actually shooting or bombing? If such a scale of criminal severity exists, however, who made it and why do they get to decide?

None of this is to say that famine or mass environmental degradation should come under the umbrella of the International Criminal Court any time soon. But surely such acts, purposefully orchestrated by identifiable individuals, are international crimes. It’s high noon we began to broaden our horizons as to what crimes can be adjudicated.

This post clearly raises more questions that it answers. It may sound polemical and perhaps a bit dramatic, but killing by bullet or bomb and killing by poisoning the land or creating conditions which ensure suffering and starvation have the same effect: they destroy life. Surely, then, they should also have the same remedy: justice.

Mark Kersten is a consultant at the Wayamo Foundation, a Senior Researcher at the Munk School of Global Affairs, and a law student at McGill University Law School. He is also author of the book, 'Justice in Conflict - The Effects of the International Criminal Court's Interventions on Ending Wars and Building Peace' (Oxford University Press, 2016).
View all posts by Mark Kersten →
This entry was posted in al-Shabaab, Burma/Myanmar, Crimes against humanity, Ecocide, Environment, Famine, Human Rights, Justice, North Korea. Bookmark the permalink.

4 Responses to Broadening Horizons: Ecocide, Famine and the “Other” Crimes