Justice for Sexual Violence and Gender Crimes in Argentina

The following is a guest-post on gender and sexual violence as crimes against humanity and torture in the context of Argentina’s Dirty War by Mariana Rodriguez Pareja and Alia Al-Khatib, who is a human rights activist and Vassar Maguire Fellow in Buenos Aires, Argentina. Enjoy! 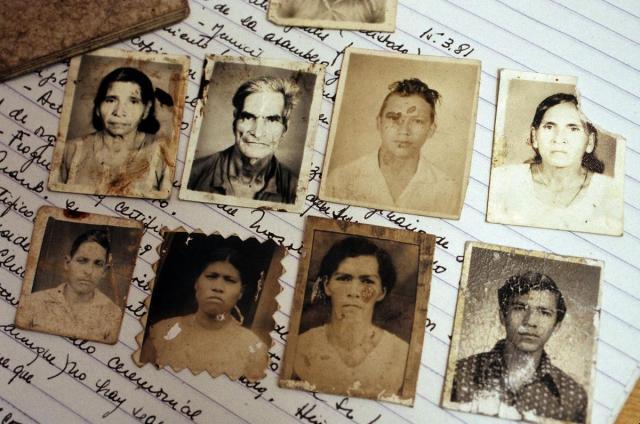 The military coup in 1976 began the worst phase of Argentina’s recent history, the so-called National Reorganization Process, which left 30,000 people killed or forcibly disappeared according to official estimates.  In contrast, the restoration of democracy in 1983, with the help of Raul Alfonsín, brought with it a pursuit of justice and truth, especially with the National Commission for Disappeared Persons (CONADEP) and its report, Never Again, as well the famous Trial of the Juntas in 1985.

This process of justice was quickly truncated in 1986 when the National Congress approved the laws of Full Stop and Due Obedience.  These laws prevented national courts from investigating mid and low-level military members for their actions during the dictatorship. Likewise, those who were not included within the standards outlined by these laws benefited from the presidential pardons of Carlos Menem in 1989 and 1990.

Following a strong agenda for justice and memory, former President Nestor Kirchner sent to Congress in 2003 a law which declared the amnesty laws null and provided constitutional status to the Convention on war crimes and crimes against humanity.  Another breakthrough occurred in 2006 when the Supreme Court declared unconstitutional the laws of Full Stop and Due Obedience.

The Navy Mechanics School or ESMA is located in the city of Buenos Aires. The largest clandestine detention center during Argentina’s military dictatorship functioned within its facilities.  About 5,000 people were arbitrarily detained, tortured and disappeared, and only about 200 have survived2.

Due to the magnitude of the cause and the number of defendants, the trial or “mega” trial, as it is called in the local media, was divided into three parts.  In 2011, the Federal Oral Court No. 5 in the city of Buenos Aires in a landmark judgment convicted former military officers for crimes against humanity committed in the ESMA. According to the ruling, 12 defendants were sentenced to life imprisonment, two to 25 years in prison, one to 20 years and another to 18 years in prison.  Two defendants were acquitted, however, and remain in custody for other pending cases.

The next trial for crimes committed in the ESMA begins in August of 2012.  It is set to be the largest in the country, with 61 accused and approximately 800 victims.  While charges of torture and murder have been brought, there has been no mention of charges for sex crimes committed in the detention center. Even as testimony revealed sexual abuses in clandestine detention centers, the focus has been on other crimes committed during this period.  To date, there is only a single case on sexual violence committed during the military regime, dated June 16, 2011 from the Federal Court of Mar del Plata, No. 2086, though crimes of a sexual nature have previously been treated as “torture.”

As international criminal jurisprudence evolves and incorporates crimes of sexual violence within the context of systematic crimes committed by the State, a strong push has emerged in Argentina to address these abuses. 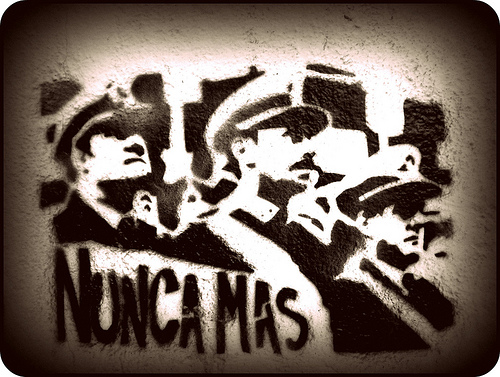 Sexual violence as a crime against humanity

In the case of Kunarac et al., sexual violence was used a weapon in the systematic attack against Muslim women.  That is to say, sexual violence was used systematically and inflicted upon a specific population. In the case of Argentina, such acts were not necessarily committed as an organized and systematic attack.  Nonetheless, it took place within the larger context of a systematic attack against a particular population.  As analyzed in the Argentine context, “The generality or systematicity as a requirement of crimes against humanity relates to the attack in general, not every kind of behavior.” (see: Procuración General de la Nación) Thus, the crime does not need to have been committed methodically or against many victims as long as it occurred in the context of the systematic attack.

The clandestine detention centers were the epitome of state violence and oppression – holding people against their will, arbitrarily and without charge, as well as killing and torturing thousands held there. While sexual violence is often perceived as an individual act, occurring within this context, it is clear that it was part of the military’s organized assault during this period. Thus, sexual violence committed within clandestine detention centers can be classified as crimes against humanity.

Sexual violence in the ESMA

Women detained and tortured at the ESMA disproportionately endured sexual assault against them in clandestine centers and outside of the centers, according to testimony of witnesses and victims themselves. While both men and women experienced sexual abuse in the ESMA, testimonies reveal that women were subjected to sexual abuse more often than men; however, men may also be much more reluctant to come forward and admit sexual abuse against themselves or other men.

Testimonies of sexual violence are always the most difficult to obtain: Many people fail to share their experiences out of a sense of shame or embarrassment, an extension of the trauma that such attacks generate and their aftermath. Along with reluctance to come forward, Balardini explains that rape and sexual violence in the detention centers often took a secondary role to murder and torture, among other crimes. As stated by one survivor, “Among the horror in the concentration camps, rape seemed secondary. With my husband’s death, with everything that happened in there, all the horror, rape was displaced.”  Along with the prevalence of sexual assault and rape, detainees in the ESMA, more often women, were also forced to be sexual slaves while detained. 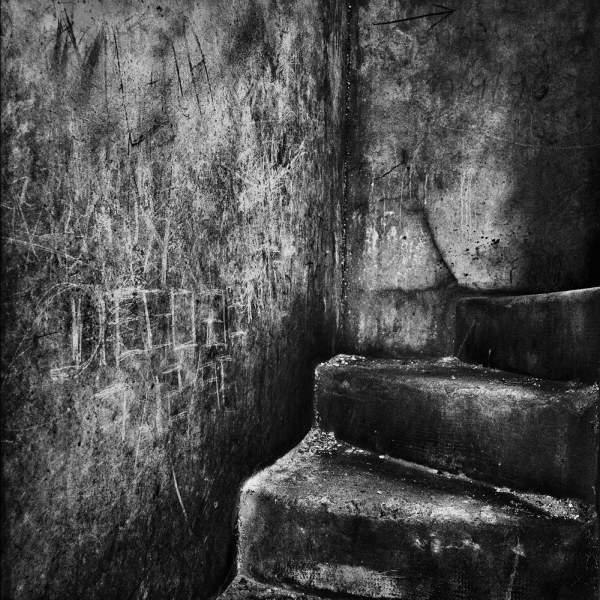 Because many of these sex crimes occurred within the context of torture sessions, some argue that sexual violence should be addressed by the courts as a crime of torture. An amicus brief submitted by the European Center for Constitutional and Human Rights in Tribunal Oral Federal N. 2 Buenos Aires in October 2010 argues that sexual violence in this instance should be considered torture.  The judgment in this case directly cites the amicus brief and treats sex crimes as acts of torture.

Those who advocate for survivors of sexual violence, including the organization CELS, recognize the need to treat this crime separately from others. Beginning from the dictatorship up until the present time, CELS has worked to document crimes committed during the Dirty War and has participated in trials, both representing victims and itself as an organization. Related to sexual violence committed in detention centers, the organization has advocated for recognition of the prevalence of such abuse and for achieving justice for survivors.

While many of the incidents of sexual violence occurred during torture sessions, the fact that is that abuse of a sexual nature warrants addressing such crimes differently. Doing otherwise undermines the experience of the survivor, especially since crimes of sexual nature can invoke feelings of shame and guilt. Additionally, treating sex crimes as torture serves to hide the pervasiveness of sex crimes during the dictatorship.

Proof of sexual violence, more so than other crimes, relies heavily on testimony of individual survivors.  The International Criminal Court and the International Tribunal for the Prosecution of Persons Responsible for Serious Violations of International Humanitarian Law Committed in the Territory of the former Yugoslavia since 1991 have set precedents regarding the procedure for taking testimony from survivors of sexual violence that serves to protect survivors and encourage their testimony. Not only is it important to have such a procedure, but it is also important to train judges and others directly involved in the trials about the unique nature of sexual crimes.

While there has been a reluctance to address sexual abuse within clandestine detention centers, and the mega-trial at the ESMA has yet to press charges related to sexual violence, public recognition of such acts remains incredibly important. Through these trials, the nation creates a collective memory that reflects the experience of survivors; in this instance sexual violence was part of that experience and should be represented in the collective memory of the Dirty War.

Apart from seeking memory and justice for crimes committed during the dictatorship, trials that prosecute sexual violence would also change how sexual abuse, and sex crimes, are perceived generally by the public and for future legal cases, a point emphasized by Monica Zwaig, an attorney with CELS. While CELS, and other organizations, seek justice for survivors of sexual abuses committed during the military regime, this process, however difficult, serves to benefit future survivors and to change the discourse surrounding sexual violence, both in Argentina and internationally.

Mark Kersten is a consultant at the Wayamo Foundation, a Senior Researcher at the Munk School of Global Affairs, and a law student at McGill University Law School. He is also author of the book, 'Justice in Conflict - The Effects of the International Criminal Court's Interventions on Ending Wars and Building Peace' (Oxford University Press, 2016).
View all posts by Mark Kersten →
This entry was posted in Argentina, Crimes against humanity, Sexual Violence, Torture and tagged Gender Crimes, Sexual Violence. Bookmark the permalink.