I recently had the opportunity to give a talk (for slides see here), hosted by Aidan Hehir, at Westminster University on a ‘pet project’ of mine – the role of social media in affecting political change and waging social activism. Over the past few months I have been particularly fascinated with the effects of Invisible Children’s KONY2012 campaign. Many readers will likely know that this blog has provided a rather critical space for the campaign and its implications on the ‘hunt for Joseph Kony’ and the Lord’s Resistance Army (see here, here and here). But there is a question that I have always struggled to answer and, perhaps inevitably, it came up in the Q&A following my presentation. The questions is simple: could I name anything good that arose from Invisible Children’s campaign.

I remain convinced that KONY2012 and its message is – and will be – overwhelmingly damaging to efforts to resolve the LRA crisis. Still, the above question sits uncomfortably with me because I simply don’t believe that anything as ‘significant’, ‘effective’ and ‘widespread’ as KONY2012 can only have negative effects. As a campaign that garnered so much attention, it was bound to have a complex series of implications on political decision-making, especially in the United States. Moreover, it’s unlikely that we will know the full extent of KONY2012’s effects for some time to come.

Inevitably, some will claim that this isn’t a difficult question at all. The awareness KONY2012 raised for victims of the LRA was good in and of itself. After all, more people now know about Joseph Kony and his crimes than ever before. And more people knowing surely must be a good thing.

The problem, as I’ve argued previously, is that Invisible Children blew past a threshold of simplification and decontextualization to the point where any understanding of the LRA situation one might glean from KONY2012 is not just wrong but potentially dangerous. The video reinforces regional militarism (which has never helped in resolving the conflict), obfuscated the government’s role and alleged crimes, and glossed over key dilemmas, including that any military action against the LRA will inevitably kill children.

Despite this, there is evidence of a more subtle, but positive, development in Washington which appears to be at least somewhat linked to KONY2012: the softening of anti-ICC resentment on America’s political right.

In the wake of KONY2012, Republican Senator Lindsey Graham declared:

“This is about someone who, without the Internet and YouTube, their dastardly deeds would not resonate with politicians. When you get 100 million Americans looking at something, you will get our attention.”

Republicans should be paying attention. Some of the most active youths involved in the KONY2012 campaign were evangelical Christians who (I don’t think it is a stretch to claim) are inclined to vote for the Republicans. This was by design.

Invisible Children spent a decade prior to their KONY2012 campaign drumming up support across the United States. They did so by engaging in traditional, real-life activism. Groups of Invisible Children campaigners would travel together to universities and churches across the country. They were so successful in spreading their message that when it came time to unleash their campaign on the world, KONY2012 actually went viral before the video was released. Yes, you read that correctly. As Social Flow has observed,

Contrary to what many people may think, all of this attention didn’t happen overnight. In looking at the data, we detected that a pre-existing networked infrastructure was already set in place, triggered at the start of the campaign. Invisible Children has already been building an on-the-ground network of young supporters across the United States, activating them all at the same time, as the campaign began. 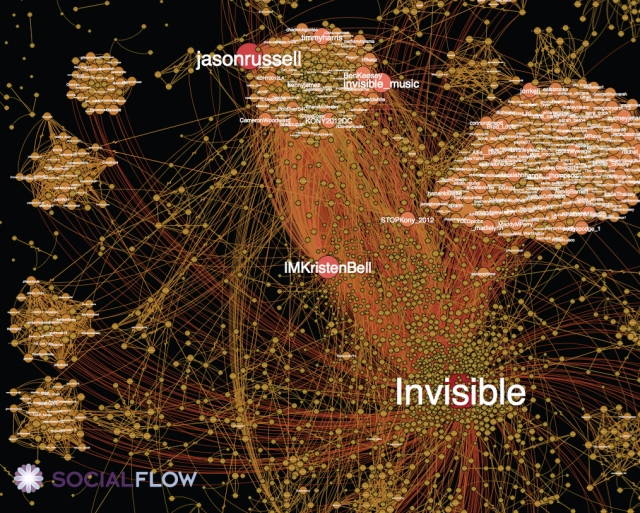 This movement did not emerge from the big cities, but rather small-medium sized cities across the Unites States. It is heavily supported by Christian youth, many of whom post Biblical psalms as their profile bios.

For many of Invisible Children’s campaigners and activists – as numerous commentators have suggested – the hunt for Kony is a pseudo-religious mission, one that, at its heart, is about ‘saving’ and ‘doing good’ to the less fortunate. Of course, that is as problematic as it is true. But it does seem to have contributed to the American political right being more inclined to support US legislation which could bolster the country’s relationship with the ICC.

As I wrote about a few weeks ago, the United States is likely to pass legislation which will broaden the remit of its Rewards for Justice programme to include the ICC. The program issues monetary awards to anyone who produces information which leads to the arrest and/or prosecution of international criminals. Its expansion to include ICC suspects would significantly enhance the relationship between the Court and the US. Notably, the legislation’s co-sponsors include numerous senior Republicans, including Graham, Johnny Isakson and John Boozman.

Of course, this softening amongst Republicans is the result of a confluence of factors, not least of which is the increasingly evident reality (although it should be noted that it was always obvious to observers) that the Court poses very little threat to the United States, given that the country has an effective and fully functioning judiciary. Moreover, in some cases, such as Libya and possibly Syria, the ICC is increasingly perceived as a potentially useful tool in coercive diplomacy.

But it seems that KONY2012 may also have played some part in this. Elevating Kony – however problematic that may be – makes it more difficult for anti-ICC Republicans to lash out against the Court or actively undermine the ICC-US relationship. Doing so, perhaps now more than ever, risks alienating a significant portion of the Republican voter base, a big chunk of which wants to see Kony in The Hague. At the same, it makes it easier for those inclined to support the ICC to push through legislation and use Kony as an effective ‘poster-boy’.

The sad irony is that this potentially positive contribution from Invisible Children’s KONY2012 campaign has little-to-nothing to do with the well-being of the victims and survivors of violence in northern Uganda or the Great Lakes region. But this shouldn’t come as a surprise. KONY2012 was never really about them. As Adam Branch, who has spent a decade studying northern Uganda and who teaches at Makarere University in Kampala, wrote,

“I wouldn’t have known about Kony 2012 if it hadn’t been for the emails I’ve been receiving from the US. And that, I think, is telling. Kony 2012 and the debate around it are not about Uganda, but about America.”

Mark Kersten is a consultant at the Wayamo Foundation, a Senior Researcher at the Munk School of Global Affairs, and a law student at McGill University Law School. He is also author of the book, 'Justice in Conflict - The Effects of the International Criminal Court's Interventions on Ending Wars and Building Peace' (Oxford University Press, 2016).
View all posts by Mark Kersten →
This entry was posted in Activism, Central African Republic (CAR), Democratic Republic of Congo, Lord's Resistance Army (LRA), Social Media, Uganda and tagged Invisible Children, KONY2012, Rewards for Justice Programme. Bookmark the permalink.

5 Responses to Something Good that Might Have Come from KONY2012