Changing the Way We Talk To, and About, Each Other: Nation-Building and Aboriginal Abuses in Canada 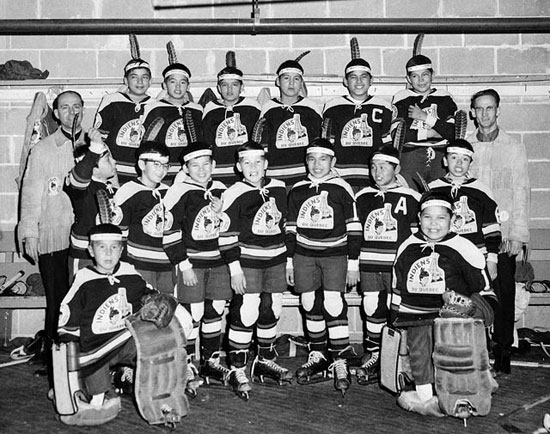 The statistics are shocking, the numbers unbecoming of a modern, liberal, and democratic state like Canada. And yet, when Canada’s Truth and Reconciliation Commission released its long-awaited report last week, many Canadians were likely surprised to be confronted with the harrowing details of systemic and systematic atrocities perpetrated against indigenous communities as a matter of government policy.

The Commission outlined the Canadian government’s 120-year policy of forcibly displacing tens of thousands of Aboriginal children and assimilating them via Residential Schools. Many were subsequently mentally, physically, and sexually abused. Some six thousand perished. The odds of a child dying in a Residential School were greater than the odds of a Canadian soldier perishing in WWII. In 2013, Andrea Russell described just some of the horrors that emanated from the testimonies of victims and survivors:

Government planes flew into remote Aboriginal villages without notice and departed mere minutes later with all of the village children on board, heading to new lives at the residential schools. Children as young as five were severely beaten for speaking their native language at the schools, or for refusing to eat food that was completely foreign to them. Students taken from their parents and who returned home up to twelve years later were completely changed and unable to communicate with their families. Many other children never returned at all, with at least 3,000 of them dying of disease or during ill-fated escapes through wintry northern landscapes… The underfunded system of ‘schools’ was staffed by unscreened and untrained teachers and guardians, a frightening number of whom regularly sexually molested and physically assaulted the children.

Beyond outlining a sickening succession of abuses and crimes, however, the Commission’s report also exposes certain dilemmas and opportunities for a country confronting its violent past and reconciling uncomfortable facts with a vision and version of Canada that is widely seen as incommensurable with the systemic abuses perpetrated against Aboriginal communities.

Seeking justice for past crimes inevitably exposes a host of dilemmas. Amongst the most salient is how to effectively recognize both the individual and collective nature of the crimes committed. By virtue of the fact that all human life is social life, mass atrocities inevitably include some element of collective or communal violence. In Canada, this has been recognized by the ongoing debate over whether the treatment of Aboriginals in the Residential School System constitutes “cultural genocide”, a crime which necessitates an appreciation of not only the violence committed against the individual children who were torn apart from their communities but also the consequent and devastating tears in the social fabric of indigenous communities and cultures. The current discourse around the Truth and Reconciliation Commission’s findings thus reveals the dual-nature of violations committed by the Canadian state against Aboriginal communities – the violation committed by the seizure and mistreatment of the child via the Residential School System as well as the residual violation incurred by the affected communities.

The complex nature of such crimes also makes them remarkably difficult to address. Beyond issuing reparations to affected individuals and communities, perhaps the most meaningful and long-lasting measure that Canada can take, and one described at length by the Commission, is to re-imagine how Canadians learn of the Residential School System and the wider oppression of Aboriginal communities.

The observation that Canada’s education system has failed to adequately cover the history and treatment of indigenous peoples is nothing new. In response to the Commission’s report, John Ralston Saul echoed what has been vocalized on many previous occasions:

We know that the curricula in schools and universities do not reflect the reality of the country. Curricula are always intellectual constructs, often ideological interpretations. Ours, for example, largely exclude the fundamental building block of our society – that is, the indigenous reality, past and present.

Canadian students have regularly insisted that they don’t learn or engage sufficiently with the historical abuses of aboriginal communities. Courses generally still privilege the successes of Canadian state formation, romanticize the emergence of a country via British-French military battles and political negotiations, elevate our country’s growth as a power punching above its weight in the world wars and the post-WWII era, and celebrate our contributions to global democracy, human rights, and peacekeeping. Canadians harnessed the wild and toiled in near-impossible circumstances to create a fair, equitable, and democratic state. All of this is true. But it has come at a cost. At best, the treatment and history of aboriginal peoples dips in and out of this dominant version of history. At worst, the role of indigenous peoples are relegated to the neglected footnotes and margins of this grand narrative.

Yet the solution to effectively educating students on the treatment of aboriginal peoples in the Residential Schools is not to (re)present it as a dark ‘chapter’ in our past. Indigenous history should not simply be castigated into a separate ‘unit’ in our history courses. Doing so risks presenting the violence and atrocities committed against aboriginals as an aberration, as a mistake, or as something that somehow and simply also happened alongside a growing, liberal and democratic nation. Put another way, it would send the message that nation-building and abuses of aboriginal groups happened rather than demonstrating the crimes were perpetrated because of the form that nation-building in Canada took. Truly confronting and understanding the abuse of indigenous groups in Canada requires us to appreciate that these atrocities were committed as a logical consequence of 19th and 20th century Canadian state- and nation-building. As the Commission itself noted:

Nation building has been the main theme of Canada’s history curricula for a long time, and Aboriginal peoples, with a few notable exceptions, have been portrayed as bystanders, if not obstacles, to that enterprise.

Rather than simply including Aboriginal history, the Truth Commission represents the latest opportunity to collapse and integrate these two narratives. Keeping the story of Canadian nation-building separate from the atrocities committed against Aboriginal peoples is yet another form of violence, yet another medium of alienation, and yet another in a long line of attempts to frustrate reconciliation.

The Truth and Reconciliation Commission has and continues to dominate headlines. This is remarkable and promising in and of itself. In many, if not most, states, mass atrocities are swept under history’s rug – ironically, often in the name of ‘reconciliation’. But acknowledging the past is one thing. It is something else altogether to take the steps necessary to ensure that it becomes impossible to deny or forget.

The Commission’s report need not and should not descend into an exercise of collective self-flagellation. As Doug Saunders writes, the cultural genocide of Aboriginal people “may be a source of national shame, but it does not have to define Canada”. As with every state borne of colonial nation-building, our history is both wonderful and violent, emancipatory and oppressive. Being able to recognize and teach it as such is something Canadians could be proud of. It would, to borrow the words of the Commission’s report, change the “way we talk to, and about, each other.”

Mark Kersten is a consultant at the Wayamo Foundation, a Senior Researcher at the Munk School of Global Affairs, and a law student at McGill University Law School. He is also author of the book, 'Justice in Conflict - The Effects of the International Criminal Court's Interventions on Ending Wars and Building Peace' (Oxford University Press, 2016).
View all posts by Mark Kersten →
This entry was posted in Canada, Truth and Reconciliation Commissions, Truth Commission and tagged Cultural Genocide, Residential School System, Truth and Reconciliation Commission. Bookmark the permalink.

5 Responses to Changing the Way We Talk To, and About, Each Other: Nation-Building and Aboriginal Abuses in Canada