Rethinking Peace and Justice: A Balancing Act in Ukraine

Sarah Dunne joins JiC for this contribution to our ongoing symposium on ‘Rethinking Peace and Justice‘. Sarah is an independent consultant, with experience in policy and conflict. Be sure to check out the rest of the posts in this symposium here. 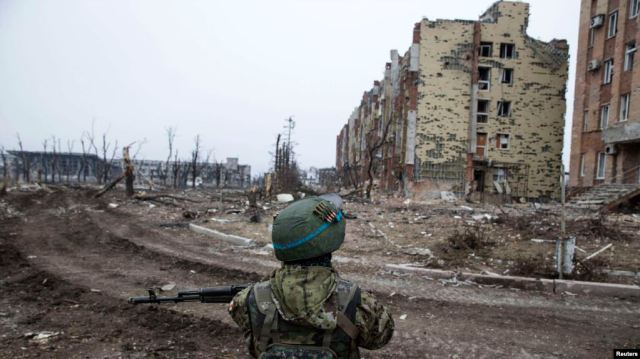 In the context of Ukraine, there is certainly merit to considering flexible approaches to transitional justice (TJ) in order to balance peace and justice, as noted in the IFIT publication. On the issue of amnesty for conflict-related crimes, there has been a tendency to emphasize a punitive approach in Ukraine, which is understandable given the pain caused by conflict. However, jumping to this as a legal policy approach would miss a key step in the process, namely consulting broadly with conflict victims, ideally on both sides of the contact line, about what their needs may be and how to further their rights to truth, reparations, accountability, and guarantees of non-repetition. The agreement for the formal peace process sets out very broad parameters for amnesty, which arguably could benefit from creativity to search for acceptable modalities for the parties who diverge on how far amnesty should go. The issue of international crimes and their exclusion from amnesty, however, is one thing that arguably all conflict parties can currently agree on. This is important in a situation where agreement on any of the political aspects of conflict settlement has been exceedingly difficult to date.

The armed conflict in Ukraine continues, with the two eastern Luhansk and Donetsk oblasts (regions) both divided between territory controlled by the Ukrainian government (government controlled areas or GCA) and areas administered by the Russian-backed so-called Luhansk and Donetsk people’s republics (non-government controlled territory or NGCA). The 2014 and 2015 Minsk Agreements attempted to outline a framework for settling this conflict. Point 5 of the February 2015 Package of Measures addresses amnesty and pardon, proposing to ‘ensure pardon and amnesty by enacting the law prohibiting the prosecution and punishment of persons in connection with the events that took place in certain areas of the Donetsk and Luhansk regions of Ukraine’. Security still remains fragile in eastern Ukraine, with continuing ceasefire violations preventing substantive progress on the political elements of the Minsk Agreements, including amnesty.

Despite this, peace negotiations continue in the Minsk Trilateral Contact Group (Minsk TCG). Overseen by the OSCE, this format includes representatives from Ukraine and Russia, as well as from the NGCA, who meet fortnightly to work out the details of Minsk Agreement implementation. There have been no visible results on the question of amnesty and pardon. Not only is there a lack of full agreement between conflict parties on these issues, but consensus is also lacking within the Ukrainian population and political elite. There will be issues with acceptance if the debate on these controversial topics is only conducted behind closed doors in the formal peace process.

Within Ukrainian society, the level of public discussion has highlighted the sensitivity and controversy around key amnesty and TJ concepts. This stems in part from the fact that armed hostilities in eastern Ukraine are ongoing with continued ceasefire violations and casualties. Additionally, the recently experienced trauma and pain, which is common to any armed conflict, creates resistance to any form of leniency or exemption for those who are perceived to have committed crimes. Arguably in Ukraine, there is a need for more public understanding on the concept of amnesty and related TJ issues, and what it sets out to achieve, with some equating it purely with capitulation.

An additional challenge is that, in the past, those with a hard-line view have tended to dominate and influence the debate. For example, two draft laws registered in 2017 by MPs from the Narodniy Front faction focused on the need to punish collaborationism. One draft involved 12-15 years of criminal responsibility for those who organised and participated in rallies in favour of ‘occupying’ authorities, or for those who called for support for these authorities in public. However, both draft laws were recalled by those that had initiated them in August 2019. There was also a draft law ‘on forgiveness’, which in its latest version was entitled ‘on accountability’. This proposed that those eligible submit a written appeal for forgiveness to a local court. In return they would receive an alternative punishment that may include temporary limitation of their right to vote or right to work for state or local self-government authorities. With regard to one version of the draft law, the number of people this law would cover was estimated at approximately 500,000, applicable to both Donbas and Crimea – a significant number for Ukraine’s judicial system. The need to submit a request for ‘forgiveness’ alone could be seen as problematic to some.

These draft laws arguably reflect the approach to justice as punishment for crimes against the Ukrainian state. However, it remains unclear how widely supported such concepts of justice are within Ukrainian society, and what they would contribute to achieving peace. It is notable that they did not convert to legislation. As mentioned in the IFIT article, unpacking justice around the concrete needs and demands through the process of consultations with the public including conflict-affected groups would give substance and legitimacy to any policy proposal.

In contrast to this approach to Donbas, there was the February 2014 law 743-VII ‘on prevention of persecution and punishment of persons in relation to events that took place during peaceful rallies, and on declaring certain law of Ukraine null and void’. This pertained to the Maidan protests, and prohibited any investigation for crimes, constituting essentially a blanket amnesty. This law addressed a limited timeframe covering the protests themselves and had a different objective compared to any amnesty designed for crimes committed during the armed conflict in Donbas. This demonstrates that certain events in conflict create different objectives for the eventual question of amnesty, and flexibility has been a factor.

The purpose here is not to judge whether these laws or proposals are good or bad. This also does not set out an exhaustive list of amnesty-related proposals in Ukraine. However, what some of this illustrates is there is a risk that amnesty policy, particularly pertaining to the Donbas conflict, is created in a political and social vacuum. This can create a negative and polarising narrative that can undermine TJ concepts before they are even relevant. It is not based on the reality of victims’ fears, needs and elements that could contribute to non-repetition. Gauging these amongst the population in NGCA is challenging, given the lack of access. However, by trying to understand them across conflict-affected populations, Kyiv could speak to people across the country, clarifying the ‘rules’ and reassuring them of their rights even before formal amnesty issues have been negotiated. Moreover, little thought has been given as to how amnesty and pardon fit into the broader settlement process, and how it might link to other issues like disarmament of illegal armed groups.

Another important factor is that amnesty as part of the Minsk Agreements is of course a highly political question and will in principle be a negotiated one. As mentioned, the agreement itself seems to stipulate a rather broad amnesty. Yet this process itself can benefit from creativity in thinking in order to open up options, particularly by grounding the negotiations in a more realistic view of the experience of victims. Linking the formal peace process to the reality on the ground is necessary for the Minsk process.

The year 2019 at least brought a change in tone on these issues with the election of President Zelensky, who has opened up room for more discussion on TJ as a whole. He came in on a message of national unity, accompanied by more humanising rhetoric towards those peaceful Ukrainian citizens residing in the NGCA. There has been more public discussion about TJ, and Zelensky authorised the creation of a legal commission, including a subgroup responsible for devising at TJ strategy for the Donbas and Crimea. Minsk only mentions amnesty and pardon, but creating a broader TJ framework, and placing amnesty within this, would help identify how to build more of a consensus on what needs to be done to balance peace and justice. Society needs help understanding the nuances of these concepts to know that they do not need to present unnecessary risks to security.

On the question of international crimes, this is actually one area where there may be consensus. There is certainly a sense amongst conflict parties that war crimes, crimes against humanity, genocide and serious human rights violations should be excluded from amnesty on both sides. There needs to be more clarity for some on what ‘serious human rights violations’ mean. There has been evidence of some agreement amongst citizens directly affected by the conflict on both sides of the contact line that the exclusion of these crimes from amnesty is important. There have been legislative efforts to harmonise Ukraine’s criminal code with international law to ensure genocide, crimes against humanity and war crimes are covered by the Ukrainian criminal code. The question then becomes about who administers the justice, given the mistrust not only between conflict parties but also in the existing justice system, and how this contributes to non-repetition.

Creativity and flexibility on the question of amnesty and broader TJ would face challenges. It will be equated by some with leniency and impunity. It may be equated by others with creating too many conditions and thus being stricter than originally envisaged in the formal Minsk agreements. Ultimately, the aim of amnesty and broader TJ in the conflict context of the Donbas needs to be clear. Security guarantees need to be in place as a complement. There is still room to explore an amnesty mechanism, grounded in a broader TJ framework, that strikes a balance between peace and justice, answers victims’ needs for recovery, takes a realistic approach to implementation and links to other parts of the peace process. This will be controversial, whatever happens, but ultimately should be clear about how it contributes to both halting the violence and providing justice.

Mark Kersten is a consultant at the Wayamo Foundation, a Senior Researcher at the Munk School of Global Affairs, and a law student at McGill University Law School. He is also author of the book, 'Justice in Conflict - The Effects of the International Criminal Court's Interventions on Ending Wars and Building Peace' (Oxford University Press, 2016).
View all posts by Mark Kersten →
This entry was posted in Amnesty, Peace Negotiations, Peace Processes, Rethinking Peace and Justice Symposium, Transitional Justice, Ukraine and tagged Sarah Dunne. Bookmark the permalink.