We Must do Better: An Open Letter on Assessing Complaints of Misconduct Against Candidates for ICC Prosecutor

Joining friends and colleagues in the international justice world, including our friends at Opinio Juris, I wanted to share this powerful open letter from ATLAS, a global community of female-identifying lawyers that works to empower, support and connect women work in, or embarking on, a career in public international law.

The letter calls for “a fair, transparent and safe procedure for receiving and assessing complaints of misconduct against the candidates for ICC Prosecutor” as well as “a permanent reporting process for all ICC elections of officials, including judges.” The issues addressed in it should concern all of us, irrespective of background or gender. I hope readers find the time to read the letter. Many thanks to the great folks at ATLAS for writing and sharing it. Their work, on behalf of over 7,400 women international lawyers, has never been more important. 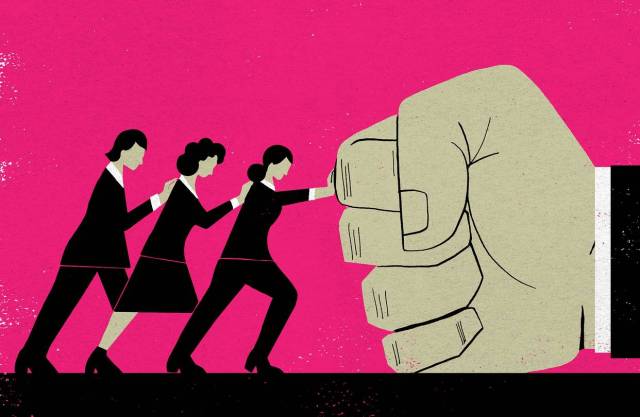 The allegation of sexual misconduct against a prospective candidate for the position of Prosecutor of the International Criminal Court (ICC) is both serious and concerning. Asa network of over 7,400 women international lawyers whose mission is to empower, support, and connect women working in, or embarking on, a career in public international law, ATLAS calls on the Committee on the Election of the Prosecutor andICC States Parties to ensure there is a fair, transparent and safe procedure for receiving and assessing complaints of misconduct against candidates under consideration. Crucially, ATLAS calls on States Parties to develop a permanent reporting process for all ICC elections of officials, including judges.

Under Article 42(3) of the Rome Statute, it is a key requirement that the ICC Prosecutor possesses “high moral character”. ATLAS considers the moral character of candidates to be of primary importance to the qualifications required of the Prosecutor and as such, a fulsome examination of the integrity, courage, fortitude, honesty and empathy of the individual holding this office should form a considered part of the selection process. While there is an important focus on sexual misconduct, we wish to emphasise that there is a wide range of unacceptable and disqualifying unethical conduct across genders, including but not limited to abuse of authority, corruption, racism, ableism, homophobia, sexual assault and other forms of violence.Given the substantive and symbolic value of the ICC Prosecutor, it is essential that the candidates for this role must have conducted themselves in a manner which is beyond reproach.

The character of the Prosecutor also has an indelible, radiating effect on the Office.Article 44(2) of the Rome Statute requires the Prosecutor to “ensure the highest standards of efficiency, competency and integrity” in the employment of staff. Confirming the high moral character of the next Prosecutor is integral to the recruitment and retention of staff who meet these standards. Indeed the moral integrityof the leadership, management and staff of the Office of the Prosecutor is of primaryimportance in executing the mandate of the Rome Statute, including the redress ofsexual and gender-based crimes. Furthermore, to ensure a safe working environment, the next Prosecutor must prove themselves able to ethically and effectively deal with any allegations of misconduct made against their staff.

The importance of this should not be under-estimated. The ICC Audit Committee’s interim report, published in April 2019, highlights findings from a Court-wide 2018 Staff Engagement Survey, which had a 71% response rate and found that only 19% of respondents were “positive” that cases of bullying, harassment or discrimination were dealt with appropriately. The Audit Committee further found that the ICC had not communicated any intended corrective measures relating to instances of misconduct that staff said they had faced.

A 2017 ICC Staff Union report on ‘ICC Staff Feedback on Harassment, Bullying, Discrimination and Abuse of Power’, provided the result of a survey taken by 128ICC staff members in which 48.4% of respondents said that they had been victims of one of the listed behaviours (discrimination, (sexual) harassment, abuse of authority, or misconduct). Equally concerning was the fact that only 18.7% of thosewho had stated having been victims of these behaviours said that they reportedthem. Reasons given for deciding not to report included: lack of faith that measures would be taken (35.9%), fear of retaliation (28.9%), lack of support from peers(13.3%) or supervisors (29.7%) and having to undergo a lengthy process (15.6%).

The 2018/2019 public report of the ICC’s Independent Oversight Mechanism (IOM) indicated that, of the cases closed without a full investigation, two cases alleged inappropriate behaviour against the same OTP staff member, including sexual harassment. One of the complaints was not pursued as the complainant did notwish to be identified – underscoring a lack of trust and sense of safety in thereporting system and a fear of retaliation on the part of those with far less powerand support within the institution.

The IOM also reports its completed investigations, setting out the following allegation in paragraph 22,

“The IOM also received an allegation of sexual harassment from a former intern at the OTP, who alleged that a senior OTP staff member behaved towards them in a manner that amounted to sexual harassment and abuse of authority. Specifically, the complaint alleged a series of meetings and communications, which included conversations of a personal nature, comments deemed sexually suggestive, and a contemporaneous offer from the senior staff member to consider the intern for a forthcoming paid junior position on their team and under their supervision. The IOM completed its investigation and transmitted its findings, conclusions and recommendations to the Prosecutor on 17 September 2019.”

These reports strongly indicate that the ICC should continue evaluating its internal processes to better ensure an effective system of examining complaints of professional misconduct. Furthermore, it should take specific steps to increasetrust in these systems, particularly among those farthest from the seats of powerin the Court. At this specific juncture, however, weeks before shortlisting candidates for the position of the next Prosecutor, ensuring the election of a candidate of high moral character could not be more important for those working within the Court, and for the Court’s own integrity on the world stage.

ATLAS is pleased to hear that the Committee on the Election of the Prosecutor takes these issues seriously and has indicated its willingness to accept relevant in formation concerning candidates’ moral character. We recognise the constraints of the Committee and applaud its concerted attention to these issues.Nonetheless, this is insufficient given there is currently a complaint of sexual misconduct against a likely candidate for ICC Prosecutor, and no fair, safe process to which the complainant can be referred. Allegations of professional misconduct are – as the 2017 ICC staff survey indicates – routinely rendered invisible because complainants perceive, not unreasonably, the personal and professional costs of reporting to be too high. It is important that there is acomprehensive system for receiving and examining complaints. This should include effective procedural protections for both the complainants and those facing allegations.

We reiterate our call on the Committee on the Election of the Prosecutor and ICC States Parties to continue with the necessary consultations with the ICC, civil society and relevant experts on the logistics and next steps in introducing a fair, transparent and safe procedure for receiving and assessing the current complaint and any other complaints of misconduct against the final candidates. The ATLAS network, including our focal points within #ATLASToo, would be happy to assist with outreach related to such consultations as well as to participate in discussions about feasible next steps. In solidarity,