France and Italy Call for Closed EU Border: An Abrogration of Moral Responsibility 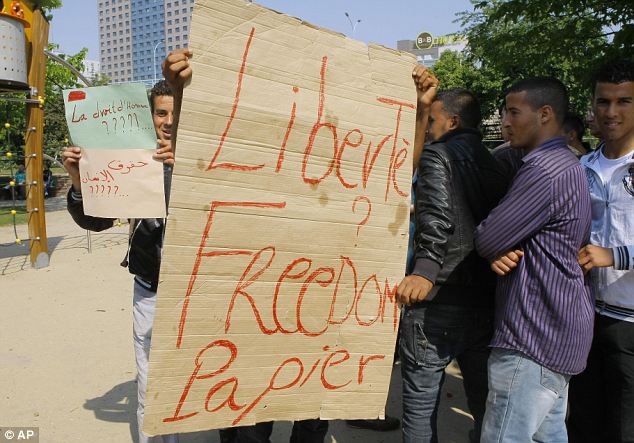 Thousands of migrants from North Africa have fled to Europe following the ‘Arab Spring’. Tunisian migrants in Paris (Photo: AP)

Readers of Justice in Conflict will know that the posts rarely, if ever, step out of the bounds of issues concerning transitional justice and conflict resolution. Sometimes, however, issues that aren’t directly related to either are so morally outrageous that they spur my eager fingers to type. The joint announcement by French President Nicolas Sarkozy and embattled Italian Prime Minister, Silvio Berlusconi that the EU’s borders should be closed because of the “emergency” in the Arab world is one of those issues. My apologies if some of what follows sounds exasperated and overly polemical.

“France and Italy have thrown down the gauntlet over Europe’s system of passport-free travel, saying a crisis of immigration sparked by the Arab spring was calling into question the borderless regime enjoyed by more than 400 million people in 25 countries.

Challenging one of the biggest achievements of European integration of recent decades, Nicolas Sarkozy and Silvio Berlusconi also launched a joint effort to stem immigration and demanded European deportation pacts with the countries of revolutionary north Africa to send new arrivals packing.”

According to reports, some 25,000 migrants have arrived in Italy since the beginning of the so-called ‘Arab Spring’. France and Italy have recently been feuding over the fate of the migrants, with French officials fuming over the issuance of visas in Italy to migrants, thus allowing them to travel freely within most of the EU. France responded by issuing border controls and stopping trains carrying Tunisian migrants. This week, they agreed on a joint policy to pressure the EU to severely restrict immigration into the Schengen area. It is up to the EU Commission and other EU nations to prevent this abrogation of responsibility from going forward.

Berlusconi and Sarkozy maintain that unless the borders are closed and some of the refugees and asylum-seekers who have managed to make it into the EU are deported, the seismic changes in the Arab world “could swiftly become an out-and-out crisis capable of undermining the trust our fellow citizens place in the free circulation within the Schengen area.” Sarkozy added that “For the treaty to stay alive, it must be reformed.” Both leaders want the exodus of North African refugees to Europe to be labelled an “emergency”.

France and Italy are telling Europeans that unless the EU turns its back on displaced peoples seeking refuge in Europe, the Schengen Area, which allows free and unrestricted travel among participating states, would be at risk. It is fear-mongering at its worst. 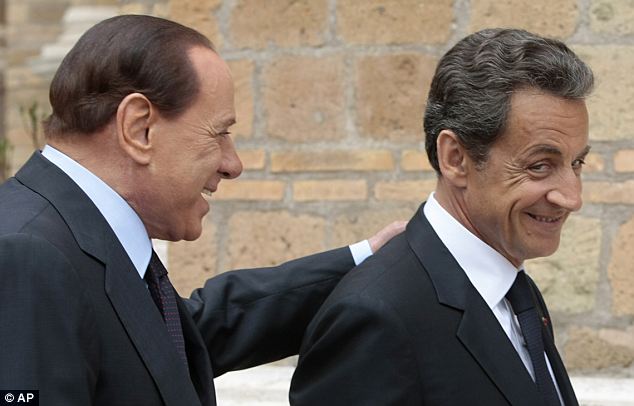 France and Italy are pushing to close EU borders due to what they view as an “emergency” of fleeing North African migrants (Photo: AP)

Sarkozy and Berlusconi are seeking to label the arrival of thousands of north African citizens to Europe as an “emergency”, implying that in the right to asylum and free movement should be frozen. As such, it carries uncomfortable shades of the nationalist fervour of some of the most brutal, autocratic regimes in modern history where the rights of citizens were quashed in the name of “emergency”.

This is not a question of defending Schengen. It is a question of fairness, responsibility and justice. The rights of asylum and free movement are being withered at the expense of two politicians pandering to populists and nationalists.

Sarkozy and Berlusconi are quite simply abrogating their moral responsibility in exchange for political currency:

“In exchange [for supporting democratic movements] we have the right to expect from our partner countries a commitment to a rapid and efficacious co-operation with the European Union and its member states in fighting illegal immigration.”

Let it be clear: these “partner” countries owe France and Italy nothing.

Let us not forget that both Italy and France played key roles in propping up the regimes which are now being undermined by pro-democracy movements.

The cozy relationship between France and Tunisia, whose fleeing citizens are the main impetus for the Franco-Italian declaration, has been described as scandalous. Eric Pape recently wrote that the upheaval in the Arab world “have exposed the moral bankruptcy of France’s foreign policy.” In 2007, Libya and France signed a £200m arms deal which was viewed as an indication of thawing relations between the West and Libya.

Berlusconi “went gaga for Gadaffi”. Libya is Italy’s largest supplier of oil while Gadaffi owns 7.5% of Unicredit, Italy’s largest bank, 2% of the Italian oil company ENI, 2% of the country’s second largest industrial group, Finmeccanica and 7% of the Turin-based Juventus soccer club; In 2008, Italy agreed to invest $5 billion in Libya in exchange for tight immigration controls for African migrants in Libya.

Now that democratic movements in Tunisia, Libya, Egypt, and so on have undermined these regimes and helped to shed light on Western support for the draconian Arab governments, France and Italy want to find away to skip out on the responsibility to protect fleeing citizens. The hypocrisy is not lost on the refugees. In Paris, a 19-year old Tunisian laid bare the contradictory positions of France and Italy:

“Many of us believed that France would offer us a future because we speak French and have family here, but the French do not want to help us…We were treated as heroes during our Jasmine Revolution but now we are unwanted.”

Other EU member-states, including England, are uneasy about an influx of migrants. However, as another refugee, waiting in Paris to travel to England, astutely observed:

“We know that the English supported the Jasmine Revolution, and that they are also fighting for freedom in Libya by bombing Gaddafi…If a country is prepared to fight for us, then they will be prepared to welcome us as brothers.”

The problem, of course, is that both France and Italy contributed to this mess and have a responsibility to contribute to its resolution. That includes guaranteeing the safety of the citizens who have fled.

Mark Kersten is a consultant at the Wayamo Foundation, a Senior Researcher at the Munk School of Global Affairs, and a law student at McGill University Law School. He is also author of the book, 'Justice in Conflict - The Effects of the International Criminal Court's Interventions on Ending Wars and Building Peace' (Oxford University Press, 2016).
View all posts by Mark Kersten →
This entry was posted in Europe, European Union (EU), France, Immigration, Italy. Bookmark the permalink.

3 Responses to France and Italy Call for Closed EU Border: An Abrogration of Moral Responsibility