The UN Security Council and the ICC: Between a Rock and a Hard Place

What are the costs of the UN Security Council referring situations to the ICC?

What are the implications of the UN Security Council referring situations to the International Criminal Court? Judging by most accounts of UN Security Council referrals of the situations in both Darfur and recently Libya to the ICC, referrals are a cause for celebration. This post suggests that contrary to this view of referrals as fundamentally good, they may be the best option but one with high costs for international criminal justice.

Previous posts have considered some of the problems of referrals including the inclusion of certain provisions – the immunity of individuals from non-member states, the limits set by the Security Council on the temporal jurisdiction, the possible “outsourcing” of peace by the Security Council to the ICC, etc. But what about the costs of referrals on the quality and legitimacy of international criminal justice?

It bears remembering that, during the Rome negotiations to establish the ICC in 1998, the most fervent state and civil society advocates in favour of creating the Court sought to ensure that the ICC would be independent from the power-politics of the UN Security Council. A compromise was reached which gave the Court’s Prosecutor three avenues of initiating an investigation: by state referral, proprio motu (through the Prosecutor’s own volition) and by UN Security Council referral.

For some, this was no doubt a costly compromise. The most keen states and human rights organizations argued that a separation of politics and justice was necessary if pursuing justice was to be legitimate and that tethering the justice of the Court to the politics of the Council would politicize the ICC.

In a recent post at Radio Netherlands Worldwide, Geraldine Coughlan noted that:

“The so-called Trias Politica – the separation of power between politicians and the judiciary – is more absent than present in international criminal law.” 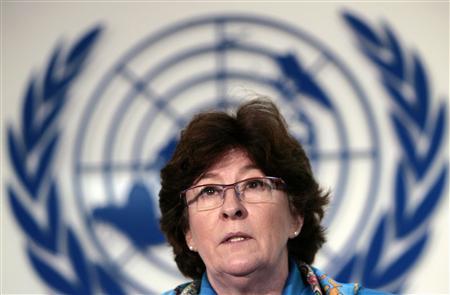 Louise Arbour recently noted that UN Security Council referrals to the ICC may not be in the interests of justice (Photo: Andrew Winning/Reuters)

In a recent speech in London, Louise Arbour, the former chief Prosecutor for the ICTY and the ICTR, similarly acknowledged:

“…international criminal justice cannot be sheltered from political considerations when they are administered by the quintessential political body: the Security Council. I have long advocated a separation of the justice and political agendas, and would prefer to see an ICC that had no connection to the Security Council. But this is neither the case nor the trend.”

Arbour later added that, in the context of the Security Council’s referral of the situation in Libya, she wasn’t convinced that it was the best thing for justice. More dramatically, Prof. Benjamin Schiff recently described the referral as the Court’s “second poisoned chalice”, following the Darfur referral.

The gist of what Coughlan, Arbour, Schiff, and the human rights community are saying is sensible: for international criminal justice to be credible and legitimate, it requires a separation from politics. Even for those of us who doubt that justice can ever be separated from politics, it stands that justice is most legitimate if pursued independently from the power-politics of an institution like the UN Security Council.

At the same time, however, the ICC is a treaty-based Court. The ICC only has jurisdiction over those states which sign and ratify the Rome Statute. In practice, this means that the ICC can only independently open investigations into situations in those states which have agreed to open their territory to the jurisdiction of the Court. Where this is not the case, the ICC requires the UN Security Council to refer the situation, as has been the case with Darfur and Libya. 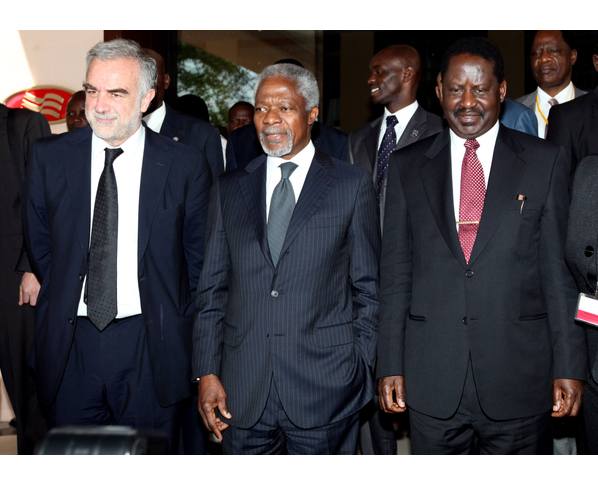 ICC Prosecutor Luis Moreno-Ocampo with former UN Secretary General Kofi Annan. Some have expressed fears over the relationship between the Security Council and the Court and its effects on the legitimacy of international criminal justice.

The same individuals and groups who bemoan the relationship of politics and justice celebrate such referrals. The reason is that it opens up the space for the Court to intervene where it otherwise could not.

Together, this seems to illustrate a paradox: On the one hand, a closer relationship between the power-politics of the UN Security Council and the ICC diminishes the quality and legitimacy of justice; On the other hand, without cooperation between the UN Security Council and the ICC, or in other words, without pursuing justice through power-politics, some of the worst international crimes would never be tried.

So, to leave with two questions rather than a conclusion: is the ICC destined to exist between the fault lines of international criminal justice and UN power-politics? If not, what can be done to separate the politics and justice of the Court?

Mark Kersten is a consultant at the Wayamo Foundation, a Senior Researcher at the Munk School of Global Affairs, and a law student at McGill University Law School. He is also author of the book, 'Justice in Conflict - The Effects of the International Criminal Court's Interventions on Ending Wars and Building Peace' (Oxford University Press, 2016).
View all posts by Mark Kersten →
This entry was posted in International Criminal Court (ICC), Libya, Libya and the ICC, Sudan, Transitional Justice, UN Security Council. Bookmark the permalink.

5 Responses to The UN Security Council and the ICC: Between a Rock and a Hard Place