Obama to those Questioning bin Laden Assassination: “Get your head examined” 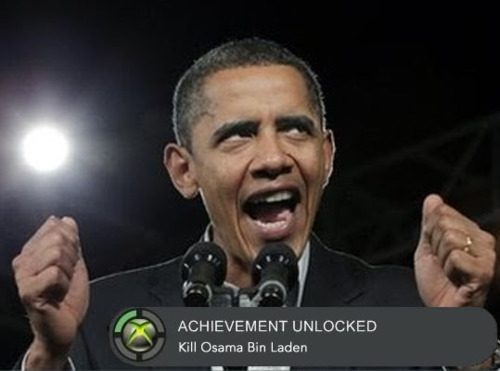 Earlier this week, President Obama had an interview with CBS’s 60 Minutes. In it, Obama was rather candid about the developments that led to Osama bin Laden’s assassination. The President spoke openly about the dissent among his advisors about the plan to kill bin Laden. He says that the division of opinions amongst those around him was critically important in fleshing out all possible scenarios. Indeed, he says that differences in opinion are important, welcome, and make better policy.

At the end of the interview, however, Obama did something spectacularly hypocritical. Just minutes after acknowledging the importance of diversity of opinions he says:

“Justice was done and I think that anyone who would question that the perpetrator of mass murder on American soil didn’t deserve what he got, needs to get their head examined.”

Say what? Was that George W. Bush speaking? It sure sounds like it.

It’s not. Those who are uncomfortable with, or skeptical of, the legality, justice and legitimacy of killing bin Laden aren’t “crazy”. They have legitimate concerns.

Once more, the discussion that has proliferated about whether assassinations and target killings, like that of bin Laden, are just and legal is critically important. The skepticism of scholars, every-day observers, religious figures, politicians etc. has created a healthy debate. Simply discarding the views of all those who dissented with the US decision on killing bin Laden as being mentally ill is more 1984 than 2011. It is worth adding that it is the fumbled recanting of facts regarding the mission to kill bin Laden that has fueled much of the criticism.

It is a sad day, when freedom of expression is actively being quashed in places like Syria, Libya, Bahrain, that the President of the US equates “anyone who questions” his decision with suffering mental illness.

You would think, and indeed hope, that a President who has worked hard to foster the diversity of views in his country and around the world, would understand the importance of debating and discussing issues as important as the justice of target killings. You’d also think, as a former professor of constitutional law, Obama would be more careful with his words.

Here’s the last third of the video. Obama’s remarks come at the very end of the interview:

Mark Kersten is a consultant at the Wayamo Foundation, a Senior Researcher at the Munk School of Global Affairs, and a law student at McGill University Law School. He is also author of the book, 'Justice in Conflict - The Effects of the International Criminal Court's Interventions on Ending Wars and Building Peace' (Oxford University Press, 2016).
View all posts by Mark Kersten →
This entry was posted in Osama bin Laden, Osama bin Laden and international law, United States. Bookmark the permalink.

9 Responses to Obama to those Questioning bin Laden Assassination: “Get your head examined”