Is Killing the new ‘Justice’? The Murky Morality of Target Killings

Dear readers – This marks the first post at JiC by Elke Schwarz. Elke has been JiC’s long-time and faithful editor. Because of her work, we hopefully don’t have too many spelling or grammatical errors! More importantly, Elke is a PhD student at the LSE where her work focuses on the ethics of violence, biopolitics and the work of Hannah Arendt. In this thought-provoking post, Elke addresses target killings and, in particular, the ‘justice’ of using drones. Enjoy!

Is Killing the new ‘Justice’? The Murky Morality of Target Killings

The controversy surrounding Gaddafi’s death has added fuel to the fire in the debate about the legitimacy and ‘justice’ of killing those that are considered particularly evil. Whether the killing takes place directly at the hands of Western forces, as in the case of bin Laden, or whether the grounds are laid to essentially pave the way for a revenge killing, as it appears to have been the case with Gaddafi, the debate on whether killing is the new justice in the foreign policy tool belt of the West is afoot – and rightly so. 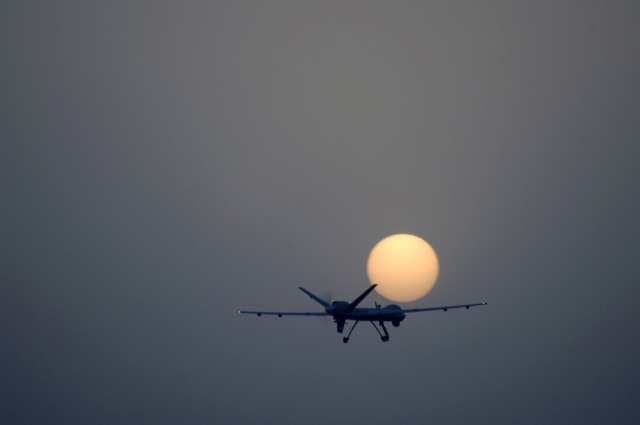 Questions of legality, legitimacy and morality ought to be posed when considering the current narrative that shifts the practice of target killing into the space of justice. The post below is an updated and version of an article I had written in the wake of the drone killing of Anwar al-Awlaki last month, but the underlying principles of assassinations as a new norm are worth considering again in the context of Gaddafi’s demise.

The recent news of the killing of US citizen Anwar al-Awlaki by American drones sparked a much overdue flurry of criticism and questions on the ethics and legality of Obama’s death-by-drone programme in the war on terror. Awlaki, al-Qaeda’s alleged ‘chief of external operations’ in Yemen (an upgraded title he received posthumously by officials at the White House and the CIA – previously he was by reputation and status merely a radical Muslim cleric) is the first US citizen to have been assassinated in President Obama’s brand of the fight against terrorism.

The drones programme is by no means a recent tool in the American war chest, nor has it been particularly reserved in its remit of eliminating specified targets in this interminable ‘war’ effort. What is new, however, is that the US has given the green light to eliminating its own citizens, without due process, stripping said citizens of their 5th Amendment rights and rendering them essentially unworthy of living. Awlaki was not the only US citizen targeted and killed by American drones – his 17 year old son was also a recent victim of a US drone strike conducted in Yemen a fortnight after Anwar al-Awlaki’s killing.

The fact that a public outcry against the extra-judicial assassination of a human being becomes audible (aside from the controversial killing of enemy #1 bin Laden of course) only when a US citizen is concerned starkly highlights the normalised extra-judicial status of all foreign drone targets in the perception of the international public. The gloves that came off during the Bush administration are still off and killing as the new justice is beginning to supersede the norm against assassinations.

The norm against political assassinations has been in serious peril since the Bush administration first overtly conceded the strategic use of target killings, framed as a military act to weed out and eliminate high-level Al-Qaeda members, in 2002. This norm continues to deteriorate with Obama at the helm, who has stepped up the drones programme considerably since he took over from Bush junior in 2008.

Today, there are roughly double the number of drone attacks per week in regions deemed terrorist hotbeds, specifically Pakistan. Since 2004, these drone strikes are reported to have killed between 1,579 and 2,490 individuals, whereby some analyses estimate the civilian casualty rate among these statistics to be as high as 20%. The vast majority of these deaths have occurred in 2010. Since June 2011, the US has expanded its drone programmes in Somalia and it has been reported that some 145 drone strikes have contributed to the capture (and, one might make the case, the killing) of Gaddafi.

While the policy originated as a programme to “capture and kill” a small number of high value terrorist leaders in the G.W. Bush years, the programme has expanded its remit considerably: up to 2,000 killings can hardly be described as a small number, no less if we accept that the total number of military leaders killed was a mere 35 since 2004.

Leaving aside the sovereignty issue that glaringly stares us in the face in a situation where the US decides to engage militarily within a non-war party, such as Pakistan or Yemen, this is a highly concerning development, as it represents not only the gradual erosion of the norm against assassinations but also the very acceptance of the ethics of the targeted killing of persons on a growing scale. There can be little doubt at this stage that the focused elimination, the killing of precarious individuals, has become a legitimated tool in the US security strategy. This marks a significant shift from the days when discussions among the Allies about assassinating Hitler in the height of WWII were considered, in fact, “unsportsmanlike”, as Ward Thomas highlights in his insightful book on the Ethics of Destruction.

Where the norm against assassinations as an instrument of foreign policy or political security remained an effective obstacle to assassinations as recent as during the first Bush administration, we have now entered a new era in which it has apparently not only become legitimate to deal with an enemy by eliminating him or her, but, not least since the killing of Osama bin Laden, this has become a new way of doing justice.

The outpouring of elation over a sense of justice at Bin Laden’s killing at the hand of US special forces, and the merchandise (aside from countless t-shirts that range in their display from mild mannered to vulgar, there is a comic book in the making on the raid that killed Bin Laden, to be published later this year) and heroic narrative that is created in the wake of this particularly historic act undoubtedly fuels the wearing away of an old norm in favour of a new one. And while the death of Gaddafi was brought about by a different set of circumstances, Hilary Clinton’s ill-advised quip “we came, we saw, he died”, carries the awkward ring of boastful justice.

Long forgotten seem the tedious and pesky voices that remind us that killing, without being given the opportunity of a fair trial and due process, is neither just nor justice in a national and international realm that prides itself to be the guardian of the rule of law. Enter the prevalence of an understanding of justice that favours the swift efficiency of death over the costly complications of a trial of high value targets. The ethical abyss that opens here is enormous.

While there was no shortage of critics to highlight that the assassination of Bin Laden essentially amounts to unlawful killing, the US, and the international community at large, remained steadfast that not only was the killing just but also legal. To date, scholars and legal professionals were at little pains to frame drone assassinations in terms of legitimate actions in the military engagement against legitimate military targets. Rarely were the assertions that drone strikes are entirely legal questioned in a lasting and active way. Too opaque is the reality of the practice and the procedures that lead to a strike, too vague and disputable the numbers of casualties occurred and too obviously ‘evil’ are the prominent targets that there remained a sustained and active critique of the drones programme as illegitimate. Today, this legality can and must be questioned anew, as Awlaki reportedly was not engaged in military fighting and the US has no other involvement in armed conflict in Yemen, but was simply extinguished as a potential threat of the worst kind. 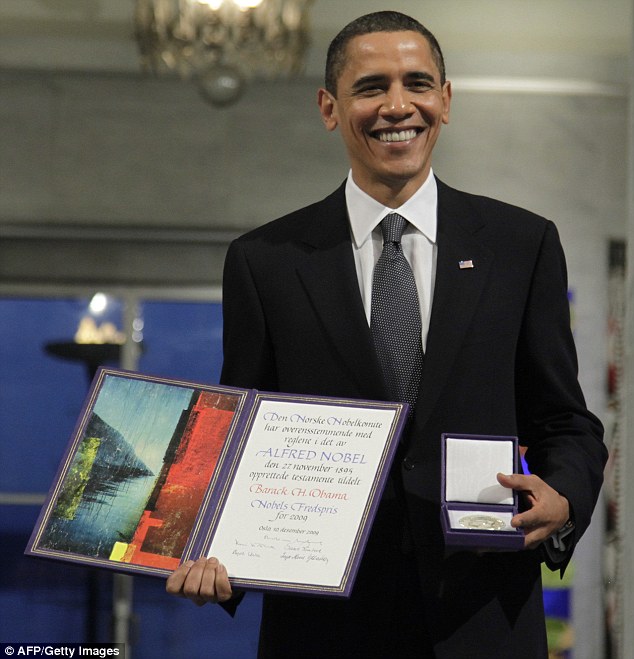 In 2008, then-Senator Obama, in an impressive election speech vowed to re-instate the US as a legal society that had so shamelessly been eroded under the second Bush administration – his promise seems to have been somewhat premature. Obama’s stalwart exclamation that justice had been done in the wake of Bin Laden’s killing and the administration’s self-assured assertion of the lawfulness of Awlaki’s death-by-drone speaks more of a society cultivating a Wild West ethos than a functioning legal society. With the most powerful nation in the international community leading the way in both eroding a long established non-assassination norm and simultaneously establishing a “we have no choice” mentality in its political practices, the slope we have just embarked on may well prove to be too slippery to be sustainable.

2 Responses to Is Killing the new ‘Justice’? The Murky Morality of Target Killings