Where it all Began – Tracing the Birth of the ICC

Katharina Neureiter joins JiC for this fascinating glimpse into the historical roots of the ICC. Katharina based on her Dissertation on Gustave Moynier’s proposal for an international criminal court. Katharina works as a journalist and consultant and blogs at www.hearabout.wordpress.com. 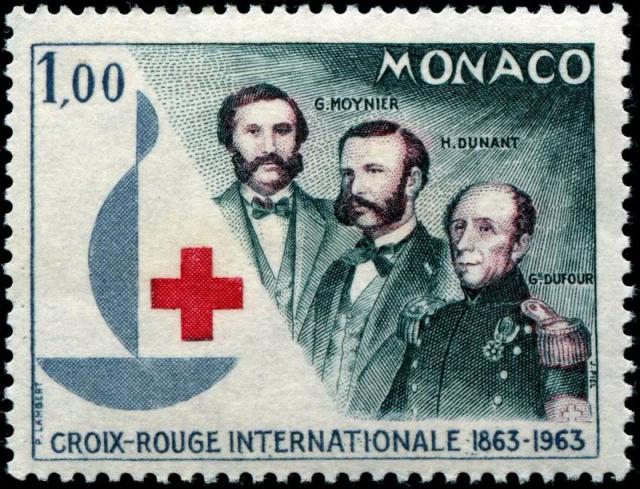 The historian Mark Mazower concluded in his recent book that “we have moved from an era that had faith in the idea of international institutions to one that has lost it.” He examines the nineteenth century as a starting point to the evolution of our present day international institutions, but largely omits the International Criminal Court (ICC). However, it is the successfully operating institution of the ICC that could turn his conclusion on its head. But where did this all start and how did this nineteenth century ‘era of faith’, figure in the history of the ICC?

In writing the history of the ICC one has to carefully distinguish between its operations and ideas. The legal bedrock of the court is its concept of individual responsibility for war crimes. This was first pioneered in the Nuremberg Trials 1945 and thus makes the court itself a distinctly modern and post-WWII phenomena. The idea of an international criminal law regime, however, goes back centuries. In this regard the Coalition for the International Criminal Court writes:

“The ‘road to Rome’ was a long and often contentious one. While efforts to create a global criminal court can be traced back to the early 19th century the story began in earnest in 1872 with Gustave Moynier – one of the founders of the International Committee of the Red Cross – who proposed a permanent court in response to the crimes of the Franco-Prussian War.”

Gustave Moynier was a distinguished lawyer from Geneva and founding member of the Institut de droit international, an independent forum of the most famous legal practitioners from around the world. Portraying Moynier as the ‘mastermind’ of the ICC stretches the historical record slightly as his proposed tribunal was rather limited in scope. Nevertheless, Monyier’s zeal for creating a just world guided by the rule of law certainly deserves its place in the history of international tribunals. Let me briefly carry you off into Moynier’s world: the Geneva of the mid-nineteenth century, where belief had it that enthusiasm, optimism and humanitarian ideas could change the world.

Moynier and the Geneva Convention 1864

Moynier belonged to a class of fortunate individuals who could live their lives far from monetary constraints. Living from his father’s fortune as a clockmaker, Moynier spent his days pursuing his passion for the law and philanthropy. He was an energetic activist producing numerous books, pamphlets and folders of correspondence on various topics ranging from the laws of war to geography in the Congo Basin. The direction of his work changed when he encountered Henry Dunant and his manifest: ‘A memory of Solferino’ in 1859. The small booklet details Dunant’s feelings towards the dying soldiers on the French battlefields and enshrines his vision for an international organisation dedicated to the alleviation of suffering for wounded combatants in the spirit of universal brotherhood. Moynier was hooked and organised, with Dunant and other influential benefactors, a conference which ultimately lead to the first Convention for the Amelioration of the Condition of the Wounded in Armies in the Field, signed in 1864 by twelve European states. The conference also secured support for the establishment of what eventually became known as the International Committee of the Red Cross.

The mid-nineteenth century witnessed a radical breach with legal traditions. The law of nations started to shift gradually from a Eurocentric to an international focus – although the overwhelming majority of publications were nevertheless produced by Europeans or men from European decent. The French Lawyer Edouard Laboulaye, for example, wrote in 1875: “Law and truth have no bounds, we never think to ask one another if we speak the same language of if we belong to the same country.”This was facilitated by an intensified exchange of liberal ideas and social concepts through the inventions of the telegraph, railway and extended postal connections. Moynier, for instance, frequently conversed with learned men from all over Europe, Argentina, Japan, China and America.

Moynier was not a quixotic idealist but rather accustomed to the demands of Realpolitik. The new legal conventions including the ‘Convention of the Wounded of 1864’, presented by self-confident, well-organised and connected academics were able to speak the language of those in power. Furthermore, they presumed to give governments the instruments to control the military. The success of these first international humanitarian frameworks can thus be attributed to the fact that it united activists, lawyers and statesmen in a common effort not to abolish war but to alter its conduct in a manner that was acceptable to everyone. Moynier rightly stated in his book La Guerre et la Charité(1870) that it was a “happy coincidence” that the duty of conscience and humanity “harmonizes with the acknowledged interests of the belligerents.”

The battle of Mars-la-Tour during the Franco Prussian War. “It was a veritable death ride.”

However, Moynier’s biggest concern ever since the successful Congress of 1864 remained how to safeguard its principles. He firmly believed in the decency and commitment of states to adhere to conventions and the laws of war as well as a public and press system guided by moral principles of international solidarity and peace.

The Franco-Prussian War 1870-71 tarnished his convictions and was a turning point in Moynier’s writings. Both belligerents were signatories to the Convention, but things went terribly wrong when confusion and ignorance regarding the application of the new rules reigned on the battlefields. French medics refused to treat the enemy and civilians painted the Red Cross on bedsheets at random to protect their homes. The Germans – reacting to the poor behavior of the French – kidnapped French doctors and accused them of espionage. In the course of the war, the press and the public opinion became evermore nationalistic. The Geneva Convention was close to foundering altogether and the only solution according to Moynier was the creation of a strong punitive system in the form of an international tribunal.

Moynier’s tribunal would only be evoked if a breach of the 1864 Geneva Convention occurred with claims brought forward by the partaking governments. An adversarial inquiry would be launched to establish guilt or innocence. Cases and decisions would be aptly documented and published for a wide audience. Moynier’s tribunal would be chaired by the President of the Swiss Confederation, who would appoint by lot three independent powers, which are signatory to the Geneva Convention, plus two representative from the belligerent states. Moynier’s proposal advocated for an interstate tribunal punishing states for misconduct and not individuals. It was thus a possible forerunner to the Permanent Court of International Justice following the Versailles Peace Conference in 1919 and the International Court of Justice, created in the wake of WWII.

International legal cooperation was not without precedent at the time and his proposal was modeled after existing arbitration tribunals. Between 1794 and 1871, more than 50 cases of economic and other disputes amongst countries in Latin America, Africa, Europe and the United States had successfully been negotiated in arbitration agreements.Yet Moynier received favorable feedback neither from his colleagues of the Institut de droit international nor from the established Red Cross societies. Reports in British newspapers testify that only the Prussian state promised its “hearty support” for the proposal.

One reason for the general reluctance to embrace his concept could be seen in the intimate relationship between the legal profession and the countries’ governing elites. Moynier’s proposal would have significantly curtailed sovereignty. States were unwilling to yield their sovereign prerogatives and unprepared to relate any of their powers to an international enforcement institution, especially not if chaired by the President of the Swiss Confederation. This ambivalent reaction combined with other – more promising – projects led Moynier to abandon his utopian idea for the establishment of an international judicial body. In his personal notes he writes: “It is doubtful that the court can be achieved in a satisfactory manner due to the obstacles in international law, which seem too difficult to overcome.”

Moynier’s case illustrates both the limits and the possibilities of individuals seeking to make impact on the powerful agendas of governments in the name of international and humanitarian ideals. Moreover, his conclusion that international treaties have to be followed by strong enforcement systems can guide our approach towards other attempts of advancing international law. Looking at the ICC and its successful operations now, Moynier would have certainly disagreed with Mazowers opening statement and applauded our century for achieving what his had failed to.

Mark Kersten is a consultant at the Wayamo Foundation, a Senior Researcher at the Munk School of Global Affairs, and a law student at McGill University Law School. He is also author of the book, 'Justice in Conflict - The Effects of the International Criminal Court's Interventions on Ending Wars and Building Peace' (Oxford University Press, 2016).
View all posts by Mark Kersten →
This entry was posted in International Criminal Court (ICC), International Law and tagged Gustave Moynier, Red Cross. Bookmark the permalink.