The “Crown Jewel” of Justice in Libya: Senussi, not Saif 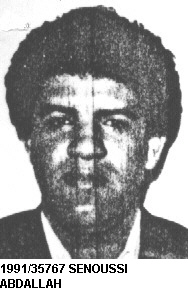 Since the NATO-backed rebellion in Libya began to sweep away at the four-decade rule of Muammar Gaddafi, the international attention (deficit disorder) paid to Libya has tended to only concentrate on one of the Tripoli Three at a time.

For the vast majority of the conflict, virtually all attention was paid to the enigmatic leader of the country, Colonel Gaddafi. With a few notable exceptions (his links to the LSE and his appearance in Tripoli after being reported captured), Gaddafi’s son, Saif al-Islam escaped much scrutiny.

With Colonel Gaddafi’s death, attention naturally turned to Saif al-Islam, a man who allegedly plagiarized his way to a doctorate from the LSE and manipulated his way into the West’s imagination as a potential moderate heir to his father’s blood-soaked throne. This however, has allowed the third member of the Tripoli Three – the trio of ICC-indicted Libyan officials – to fly, almost entirely, under the radar.

Unlike Colonel Gaddafi and Saif al-Islam, this third member has not had videos or photos depicting his capture or detention splayed out before eager eyes on the internet. His name is Abdullah al-Senussi and he may just be the most important key to justice and reconciliation. Indeed, at a recent lecture in London, respected human rights lawyer Geoffrey Robertson described Senussi as the “crown jewel” of justice in Libya.

Senussi is 61. He is a long-time Libyan official and confidant of Colonel Gaddafi. He has variously been described as “the right hand man” of Gaddafi, the “keeper of Gaddafi’s secrets”, Gaddafi’s “eyes and ears” and, I’m certain, much worse. But Senussi is not just close to the Gaddafis, but part of the family, as Colonel Gaddafi’s brother-in-law.

Curious observers will notice that there isn’t much to find when searching for images of Senussi. This is because, despite wielding an immense amount of power, he has largely kept a low-profile.

Senussi’s involvement in Col. Gaddafi’s tyrannical rule began at some point in the 1970s, although little is known about his role at the time. Regardless, as one commentator noted, “Senussi’s association with the worst excesses of the Libyan regime stretch back to the early days of Col. Gaddafi’s dictatorial rule.” His power and evil streak stem primarily from his position as both the head of the internal and external intelligence services of Libya under Gaddafi.

As a key cog in brutally suppressing the Libyan revolution, Senussi was indicted by the International Criminal Court, as an “indirect perpetrator, for two counts of crimes against humanity.” He was captured this week while hiding in his sister’s home, in the south of Libya and Libyan authorities have said he will face trial in the country and not in The Hague.

These are just a few of the better known moments of sheer brutality and international terrorism for which Senussi is implicated. Three decades of occupying the ironic position of guaranteeing “security” in Libya leaves little to the imagination. 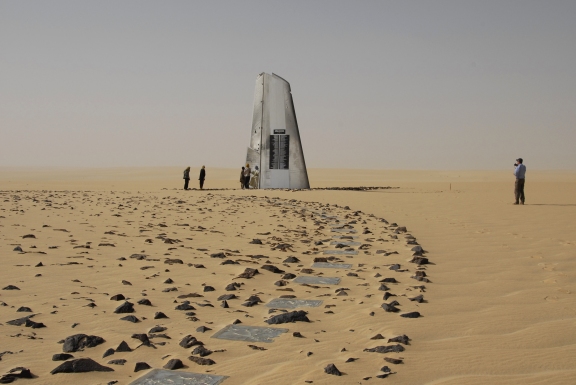 What does he know?

As the “keeper of Gaddafi’s secrets”, Senussi is also the keeper of secrets of an entire era of oppression. Indeed, he may know the inner-workings of the Gaddafi regime perhaps better than anyone else alive.

Importantly, not only does Senussi know the truth about UTA Flight 772, Abu Salim and the suppression of the revolution. His position would have also given him intimate knowledge of other crimes committed against both the Libyan people and against non-Libyan nationals.

As Geoffrey Robertson maintains, Senussi holds the key to understanding what happened over Lockerbie and issues surrounding the Gaddafi regime’s funding of the IRA. He almost certainly also knows about the intimate political and economic relations between Western states and the Gaddafi regime (see here, here and here). Just as importantly, if not more so, Senussi knows where the bodies are; he knows where the thousands of victims of Gaddafi’s brutal reign rest, without peace.

Keep him alive – for Justice and Reconciliation

If Senussi has indeed been captured (some have expressed doubt), it is essential that he be kept alive to face trial. It is often said that true reconciliation, forgiveness and closure require acknowledgment and truth. No one can acknowledge the evil truths of Gaddafi’s forty-year police state to the extent that Senussi can. He is, quite simply, a repository of horror stories. But these stories need to be told.

If the dividends of justice necessitate the establishment of the truth, then Geoffrey Robertson is absolutely correct – Senussi is indeed the “crown jewel” amongst the remaining Tripoli Three.

Mark Kersten is a consultant at the Wayamo Foundation, a Senior Researcher at the Munk School of Global Affairs, and a law student at McGill University Law School. He is also author of the book, 'Justice in Conflict - The Effects of the International Criminal Court's Interventions on Ending Wars and Building Peace' (Oxford University Press, 2016).
View all posts by Mark Kersten →
This entry was posted in Justice, Libya, Libya and the ICC, The Tripoli Three (Tripoli3), Uncategorized. Bookmark the permalink.

1 Response to The “Crown Jewel” of Justice in Libya: Senussi, not Saif