Over the last week, member states of the International Criminal Court have gathered in New York City. They had a lot on their plate: select a new Prosecutor, select a new set of judges and decide on the Court’s budget.

Getting a new Prosecutor – Fatou Bensouda – proved rather easy; electing the Court’s next judges wasn’t. Reports suggest that the process was a confusing and rather arduous marathon. But both elections will surely be greeted with a great deal of optimism. The same can’t be said for the negotiations which led to the adoption of the ICC’s 2012 budget, described by one reporter as “a huge bone of contention in negotiations in New York.”

The ICC’s case load has expanded dramatically in the past year. Libya and Ivory Coast alone have strained the Court’s resources – and will continue to do so. Other investigations are ongoing and new cases are set to begin.

International criminal justice, of course, doesn’t come cheap. The cost of ICC justice is one of the primary criticisms in the justice-skeptic’s arsenal – although, it should be noted, the money spent on accountability for the worst violations of human rights is peanuts compared to the money spent on things like Hallmark cards and baseball teams.

Logic would dictate that as the number of investigations and cases before the ICC increases so too should its budget. That state parties provide the Court with an adequate budget is only more pressing because of the annoying and irresponsible practice of the UN Security Council of refusing to provide any funds in either of its referrals to the ICC (Libya 2011 and Sudan 2005). As Jonathan O’Donohue has noted:

“It is unrealistic to expect the ICC to grow in response to the demands of the international community and at the same time demand that the associated spending be absorbed without degrading the quality of the Court’s work.” 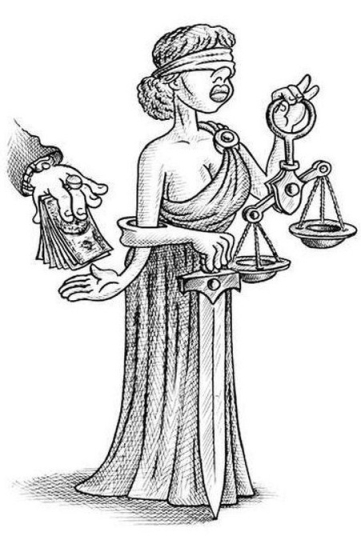 This week state parties finalized the Court’s budget, which will, in fact, increase – but not nearly as much as the Court and its proponents had hoped. In the wake of the budgetary negotiations, the mood wasn’t optimistic. O’Donohue, Legal Adviser for Amnesty International’s International Justice Project and leader of the Coalition’s Team of NGOs on Budget and Finance, had this to say:

“States parties have had such high expectations of the International Criminal Court, yet a few major contributors are not willing to fully fund it. Today’s budget decision could have damaging consequences in the Court’s work to deliver justice for victims of grave crimes.”

But it’s not all bad news. There were worries that the Court’s budget would not have grown at all. Somewhat troubling, this was something that a contingent of the top funders of the ICC were pushing for – Britain, France, Japan, Germany and Italy. In the end, a compromise, propelled by South Africa, allowed the Court’s budget to grow slightly (by 7%), avoiding the dooming prospect of zero-growth.

There are a number of potential problems with an under-funded Court. Here are possibly the two most dire:

Firstly, an under-funded Court may cause the ICC’s current and upcoming trials and investigations to suffer, in turn hampering the delivery of justice. Without adequate funds, trials may take even longer to conclude (another favourite criticism of the Court). The quality of the prosecution and especially the defense – which often depends on funding from the Court itself – could also suffer. Most precariously, the protection of witnesses could be compromised, although this should always be the priority of any ICC investigation.

Richard Dicker of Human Rights Watch claimed that “[s]lashing the budget lines for Libya and Ivory Coast effectively kneecaps the Prosecutor’s investigation in both countries.” During the negotiations, Prosecutor Luis Moreno-Ocampo was blunt about what denying an increase in funding would mean to the Court: “No Cote D’Ivoire. No Libya.” Syria? Forget it. Palestine? In your dreams.

Secondly, there is a danger that the funds available to the Court become an admissibility issue. This wouldn’t be overt. Rather, the Court may choose to delay or refuse opening new investigations until it knows funds are available, so as to prevent having to delay trials or being unable to conduct investigations and protect witnesses properly. In other words, the ICC could be inclined to only open investigations when it knows it can afford it. Those who seek redress and accountability would be hung out to dry until funds are available.

Of course, there is always the chance that none of the doom-and-gloom scenarios above come about. Maybe the ICC’s case load remains stable and an increase in funding won’t be necessary. But it’s worth noting that such a situation would, ironically, be bad for justice given the plethora of candidates for an investigation by the Court. Not only will the ICC’s caseload in all likelihood increase in the future (I’m looking at you, Syria!), but it should. Yet, the justice the Court serves can only suffer if funding doesn’t adequately match the growth in investigations and trials.

The ICC and its champions are no doubt worried – and they should be. If the delivery and quality of justice served by the ICC is handcuffed by funding, critics won’t be blaming the member states. They will come after the Court, likely with a smarmy “I told you so” attitude.

In the end, there is a grave danger that money determines who receives justice and who doesn’t; that funding defines the quality and extent of justice served. It would be a sad world to live in and one in which international criminal justice’s skeptics and cynics win.

Check out Dov Jacob’s response to this post and others on the topic and my piece in response to Dov’s.

Mark Kersten is a consultant at the Wayamo Foundation, a Senior Researcher at the Munk School of Global Affairs, and a law student at McGill University Law School. He is also author of the book, 'Justice in Conflict - The Effects of the International Criminal Court's Interventions on Ending Wars and Building Peace' (Oxford University Press, 2016).
View all posts by Mark Kersten →
This entry was posted in Assembly of States Parties, Funding, International Criminal Court (ICC). Bookmark the permalink.

3 Responses to $ome (Potentially Very) Bad News for the ICC