Yesterday, on the 23rd of January 2012, the Pre-Trial Chamber II (PTC II) of the International Criminal Court (ICC) issued its long awaited decisions (here and here) whether or not it would confirm the Prosecutor’s charges against six suspects allegedly involved in post-election violence in Kenya in 2007/2008.

The contested elections had led to violence directed by supporters of the two major parties against the perceived supporters of the other party, as well as police violence during protests. Violence was targeted along ethnic lines and was particularly bad in the densely populated Rift Valley Province of Kenya. In total, 1200 people were killed, 900 were sexually assaulted and thousands are still living in camps having been displaced by the violence. In the end, a compromise for a Government of National Unity was struck between incumbent President Kibaki’s Party of National Unity (PNU) and the Orange Democratic Movement (ODM) of current Prime Minister Raila Odinga. Despite the compromise found after the post-election violence, fears are still running high for the upcoming 2012 elections. The UN has warned about possible post-election violence in Kenya and the BBC has reported weapons purchases in Rift Valley Province.

Against this background hopes and fears attached to the ICC decision yesterday were running high. Indeed, the ICC homepage crashed due to high traffic after the decision was announced. Sceptics feared that an ICC decision might lead to further tensions and renewed violence in Kenya while optimists hoped for a deterrent effect of the ICC investigations in Kenya. Against this delicate political background the ICC has performed pretty well to date. The Office of the Prosecutor (OTP) had announced investigations in two cases, covering the crimes committed by both sides, and seeking to charge three people on each side.

The suspects included William Ruto, a suspended government minister and the deputy party leader of the ODM, Joshua Sang, the head of operations at a radio station promoting violence during the crisis, as well as Henry Kosgey, Member of Parliament and ODM Chairman on the side of the ODM. On the side of the President’s party, the OTP named Francis Muthaura, the head of the Kenyan civil service as well as Secretary to the cabinet, Uhuru Muigai Kenyatta, current deputy prime minister and minister for finance, and Mohammed Hussein Ali, the chief executive of the postal corporation.

It was a wise move by the OTP to make sure that both sides were charged equally against the current political background. Indeed, Kenya is one of the few cases before the ICC in which both sides of a situation are seen to be investigated equally. This may be a result of the fact that the OTP is conducting its investigations in Kenya in propio motu, meaning the Prosecutor himself decided to take up investigations. In cases in which the government refers a situation to the ICC, the Prosecutor has often been criticized for going too soft on the government in order to ensure cooperation.

The ICC has also learned a lot from previous cases concerning outreach efforts. Contrary to the Uganda situation, where outreach was stepped up too late to stave off grave misconceptions and prejudices against the court, outreach has done a good job in Kenya. Measures included distributing information leaflets in newspapers and a TV show on the ICC. Accordingly, popular support for the ICC trials in Kenya is still high, even though it has started dwindling as the suspects and their lawyers are starting their defence campaigns, trying to paint the court as being political.

The PTC II emphasised on 26 October 2011 that it would announce the results of the confirmation of charges hearings on the same date for both sides ‘due to concerns for the safety of victims and witnesses involved in the cases.’ This shows a welcome tendency to consider the impact of court rulings on situation countries. The ICC should at all times try to exercise justice without furthering tensions in the situation countries. Since the ICC decisions have to be fair and free of political calculations, this is a difficult balancing act. The PTC II has shown with its recent decisions on the Kenya situation that the ICC is, in principle, up to the task. 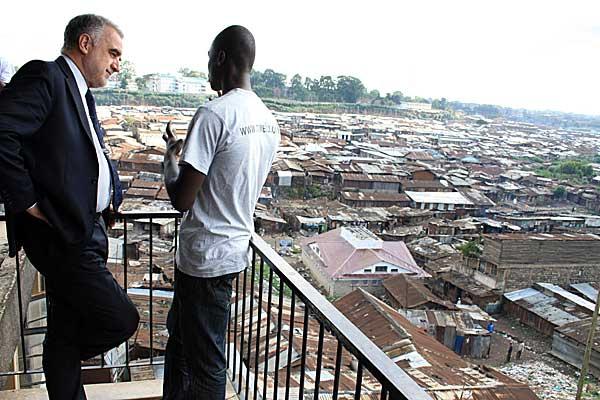 With its decision on January 23rd, the PTC II decided to charge four of the six suspects presented by the Prosecution. The judges confirmed charges of Crimes against Humanity for Ruto, Sang, Muthaura and Kenyatta, but decided that evidence is lacking to charge Kosgey and Ali. Joshua Sang has already decided to appeal the decision of the PTC, and Kenyatta and Muthaura will reportedly not give up their government positions despite the charges. The fact that two suspects were charged on each side is a fortunate development as both sides will be seen to be charged equally for their participation. A perception of the ICC focusing on one of the two sides might have led to renewed violence. So far, the situation in Kenya remains calm after the ICC decision.

With Ruto and Kenyatta the ICC has charged two presidential candidates in the upcoming elections. The ICC procedures will thus definitely be playing a role in the upcoming elections. The Kenyan situation will set an important precedence for how international trials can impact on election processes. With 327 victims in the first case and 233 in the second having been admitted to participate in the proceedings, the case is also a major test for how victim participation can be effectively handled by the ICC. A higher level of victim participation is indeed one of the key innovations in the Rome Statute when compared to the statutes of previous international tribunals.