Legacies of Injustice in Liberia: Transitional Justice and Economic Crimes

JiC is thrilled to welcome back Kara Apland for this thoughtful and thought-provoking guest-post. Drawing on the Liberian experience, Kara delves into the oft-neglected subject of economic crimes in the context of transitional justice. Enjoy!

Ellen Johnson Sirleaf, Liberian president, winner of the Nobel Peace Prize and Africa’s first democratically elected female president, has come to be known as a hero of Liberia’s post-conflict recovery. “Liberia’s leading lady” has succeeded in bringing high levels of aid and foreign investment into the country while securing the forgiveness of over a billion dollars in foreign debt. Yet Sirleaf has also been the target of many critical voices within Liberia. In a controversial move that served to delegitimize its work in the eyes of the international community, the Liberian Truth and Reconciliation Commission recommended that Sirleaf be barred from office for her role in supporting war criminal Charles Taylor.

The TRC is by no means Sirleaf’s only critic. Days after Sirleaf was elected for a second term as Liberia’s president, an op-ed by two Liberian land rights campaigners, Silas Siakor and Rachel Knight, appeared in the New York Times. “Mrs. Johnson Sirleaf’s government may now be sowing the seeds of future conflict by handing over huge tracts of land to foreign investors and dispossessing rural Liberians,” they wrote.

While Sirleaf is certainly not the first high-profile Liberian politician to elicit controversy, her disputed reputation in Liberia illustrates the challenge of renegotiating power in political transition, and particularly the question of how to address economic crimes and allocate control of natural resources. Resource control and mismanagement by government and multinational corporations played a major role in the Liberian civil conflict. Not only did control of natural resources (especially rubber, timber, gold and shipping) serve as a motivating factor in the war, those resources ended up funding the armed groups perpetrating the conflict, particularly Charles Taylor’s NPFL. And on a more structural level, corruption, exploitation of natural resources and resulting economic marginalisation and extreme poverty served as underlying causes of the conflict.

Given the intimate role that corruption and resource control played in the Liberian conflict, it would seem that addressing “economic crimes” and securing just, sustainable and democratic policies with regard to natural resources are critical to breaking down norms of impunity and achieving a sustainable transition. But as Siakor and Knight point out, policy in Liberia has been geared toward attracting foreign investment rather than responding to Liberians’ conceptions of economic justice. Between 2006 and 2011, Sirleaf gave the rights to over one-third of Liberian land to logging, mining and agro-industrial industries. Land ownership is a source of conflict in Liberia, as hundreds of millions are being displaced from their homes and farmland to make room for international investment.

The flip side of current debates over just policies regarding natural resources in Liberia is impunity with regard to economic crimes of the past. The Liberian Truth and Reconciliation Commission is one of the few transitional justice mechanisms that has been mandated to address economic crimes, having been charged with

“investigating human rights violations and violations of international humanitarian law as well as abuses that occurred, including…economic crimes, recommending measures to be taken for the rehabilitation of victims of such violations.”

Although the TRC did hold a public hearing regarding the role of economic crimes in the conflict, neither asset recovery nor judicial accountability was ever achieved. The Liberian story is part of a broader debate within transitional justice and international criminal law about how economic crimes should be addressed. Transitional justice processes focus largely on massive human rights violations, war crimes and crimes against humanity, while economic crimes are left to be dealt with by international standards on corruption, such as the United Nations Convention against Corruption (UNCAC) and domestic legal systems that often face practical and political pressures to forgo such trials. As Ruben Carranza puts it, “transitional justice has been boxed into a small corner, dwelling on the violent consequences of an unresolved past while mostly ignoring its structural causes.”

The reluctance to include economic crimes in TJ processes may stem from some legitimate concerns. Transitional justice mechanisms are often underfunded, and face ambitious mandates. As such, some argue that expanding the mandate of truth commissions or tribunals to include economic crimes may raise expectations and make the successful completion of mandates impossible. It is also a challenge to determine whether the focus should be on achieving justice for individual acts of corruption and money laundering, or for economic exploitation as a systemic phenomenon and underlying cause of conflict (the Sierra Leonean Truth and Reconciliation Commission recommended that recovered assets from the diamond trade be used to fund reparations programmes). As the case of Liberia demonstrates, development and justice are often framed as a trade-off. While Sirleaf’s efforts to attract investment may have marginalised some Liberians and prioritized accountability to foreign investors over popular accountability, it has also been key to poverty reduction, funding infrastructure and developing government programs. Finally, as is the case in Liberia, addressing economic crimes often involves addressing the role of international actors in violence that is widely understood to be a local phenomenon. 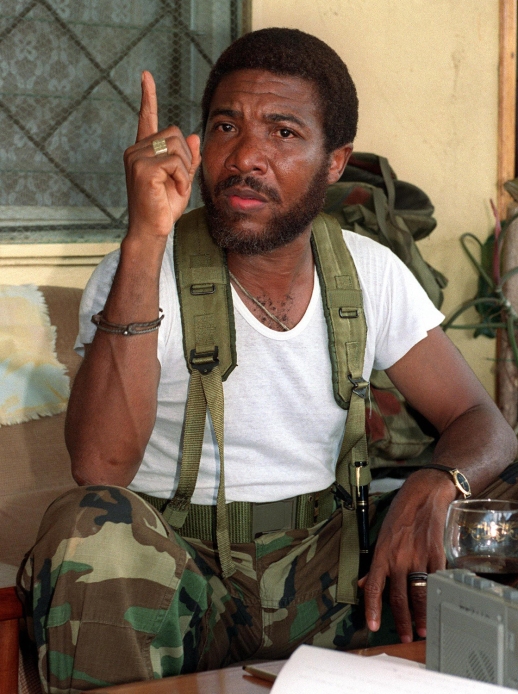 “…while the main motivation behind large-scale corruption might be greed, the availability of resources to maintain impunity is clearly just as important a motive…[E]xamples show that economic crime pays at least insofar as it helps perpetrators defeat or delay attempts at prosecution and even ultimately escape accountability for human rights violations.”

The relationship Carranza describes is a complex one: corruption allows human rights violations to be maintained and is also the motivation for those violations. When economic crimes are not addressed, exploitative power arrangements remain intact.

The violence perpetrated by abusive regimes goes beyond physical violence and in order to break patterns of exploitation these crimes must be addressed. As the Liberian example demonstrates, many post-conflict countries whose transitional justice processes have focused on a narrow conception of human rights violations continue to deal with the legacy of unaddressed economic exploitation and other systemic injustices. This may have devastating consequences in terms of social justice and political possibility (see Madeleine Fullard’s discussion of the South African Truth and Reconciliation Commission).

Mark Kersten is a consultant at the Wayamo Foundation, a Senior Researcher at the Munk School of Global Affairs, and a law student at McGill University Law School. He is also author of the book, 'Justice in Conflict - The Effects of the International Criminal Court's Interventions on Ending Wars and Building Peace' (Oxford University Press, 2016).
View all posts by Mark Kersten →
This entry was posted in Economics of Conflict, Liberia, Transitional Justice, Truth and Reconciliation Commissions, Truth Commission. Bookmark the permalink.

1 Response to Legacies of Injustice in Liberia: Transitional Justice and Economic Crimes