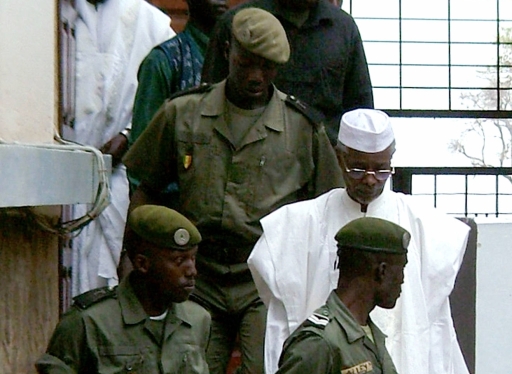 Former Chadian President Habré leaving the Court of Appeal in Dakar after attending a hearing in 2005 (Recup Seyllou, AFP)

A couple of months back I wrote a post on the efforts of international and Chadian human rights advocates to prosecute the former President of Chad, Hissene Habré. Habré is accused of killing and torturing thousands during his stay in power between 1982 and 1990. Two of the main actors who have been fighting for a prosecution of Habré for nearly two decades are the Chadian lawyer Jacqueline Moudeina who received the Alternative Peace Nobel Prize in 2011 for her persistent work to end impunity for Habrés crimes, and Reed Brody from Human Rights Watch.

An interesting twist to the case came up when victims supported by Moudeina and Brody decided to file a case against Habré in Belgium on the principle of universal jurisdiction. Attempts to prosecute Habré in his home country of Chad and his country of exile, Senegal had previously failed. Belgium, however, is one of the countries known for its extensive use of universal jurisdiction.

In short, the idea behind universal jurisdiction is that there are some norms in public international law that are widely accepted to a degree that they have become binding for everyone (jus cogens). Consequently, a violation of these norms is considered a crime against the entire community of states or even humanity as such. These so called erga omnes norms include bans of genocide, slavery, torture and racial discrimination.

In the 2000’s a trend to prosecute foreign government officials in national courts through universal jurisdiction began to emerge. Diplomatic rows stemming from these court cases led to countries like Spain and Belgium limiting the use of universal jurisdiction in their courts. Indeed, the case of Habré was one of the last large-scale universal jurisdiction cases accepted in Belgium, the result of naturalised Belgian citizens who had been victims pursuing the case. 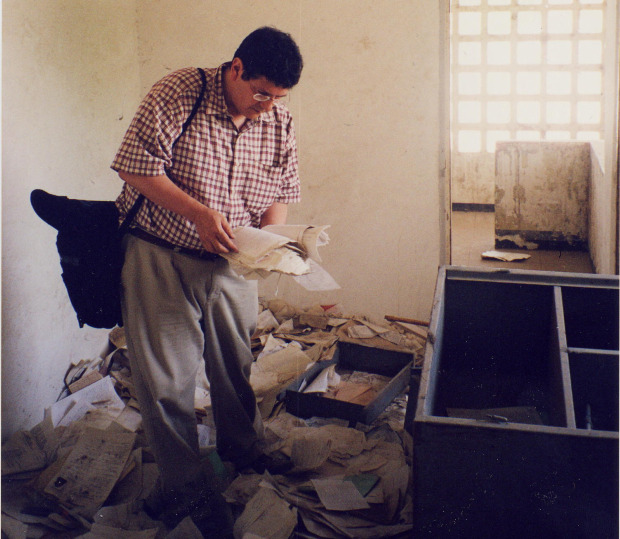 Belgium has meanwhile filed for the extradition of Habré four times. Three of the requests have been denied while the latest is still pending. Senegalese courts themselves have so far dismissed prosecuting Habré, declaring themselves as not competent in the case, apparently under the pressure of the current Senegalese President Abdoulaye Wade.

Since Senegal has denied both extraditing and trying Habré, Belgium took the case to the International Court of Justice (ICJ) in 2009. More precisely, Belgium accuses Senegal of violating the UN Convention against Torture and breaching its obligations to bring to justice those accused of crimes against humanity by neither trying nor extraditing Habré. All UN member states are automatically parties to the statute of the ICJ and by accepting the court’s jurisdiction in a particular case the states involved in a dispute automatically accept the ruling to be binding. Since we are living in a world of sovereign states with little possibilities to actively enforce international law and international rulings, it remains to be seen if Senegal will abide to the rules. As the International Justice Tribune recently reported, the ICJ has now set the first public hearings for March 2012. 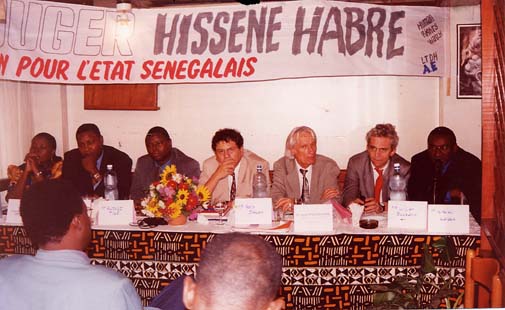 Even though a ruling of the ICJ is months away, it is clear that the pressure on Senegal is mounting. When I wrote my last piece on the case, Senegal had asked the African Union (AU) to take up the case of Habré. After some discussions about whether Habré could be tried by Rwanda, the AU has meanwhile asked Senegal to either try Habré itself or extradite him to a country willing to prosecute him. It is in the AU’s best interest to see the case dealt with as soon as possible since African politicians cannot credibly be accusing the International Criminal Court of focusing on African perpetrators on the one hand, while failing to prosecute their suspected war criminals themselves when they have an opportunity to do so.

It is regrettable that those fighting to bring Habré to trial had to go through Belgium, as a trial in Senegal or especially in Chad itself would have been much closer to the victims and nearer to the realities on the ground. A trial of Habré in Chad does remain a theoretical possibility and would probably be the best solution from the victims’ point of view.

During an event in Berlin in December 2011, Moudeina, the Chadian activist fighting for a prosecution of Habré’s crimes, told the audience that Chadian authorities, including President Déby, viewed an extradition of Habré to Chad as a favourable option in July 2011. Yet, according to Moudeina, the Chadian President has not taken up the topic again since the AU introduced the option to try Habré in Rwanda.