Beyond ‘KONY2012’ – Judgement Day and the Lubanga Verdict 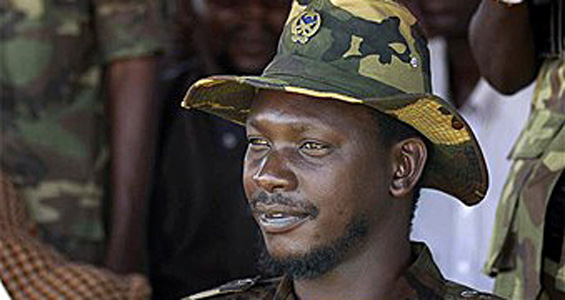 The trial, verdict and sentence will undoubtedly (and hopefully) have a deep effect on the practice of the ICC. That being said, many of problems that marred the trial cannot be ascribed to the Court’s “growing pains”. At times the prosecution played a game of fast-and-loose with the law to such an extent that it threatened the possibility of ever getting to today’s verdict.

As many commentators have pointed out, the trial has been riddled with problems from the very get-go. The Office of the Prosecutor has been criticized by a myriad of human rights groups for its myopic approach to the case, focusing only on Lubanga’s use of child soldiers. While the belief is that the narrow focus was chosen to ensure that the trial moved along efficiently, the prosecution hasn’t been particularly forthcoming with its reasoning. As Kevin Jon Heller notes, “for reasons that still have never been adequately explained…[the prosecution] declined to bring more serious charges against [Lubanga], even though he had been facing murder and torture charges in the DRC.” Neither is a five-year trial anyone’s gold standard for efficiency. 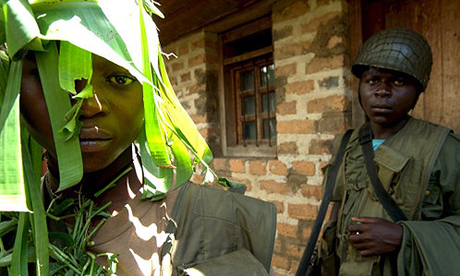 The trial of Lubanga has been so rife with controversy and problems that it was not clear that a unanimously guilty verdict would be handed down. Many believe that one judge in particular, Adrian Fulford, would issue a dissenting ruling. Richard Walker writes that “A collective sigh of relief was breathed by the ICC Chief Prosecutor Luis Moreno-Ocampo and his successor Fatou Bensouda who sat side by side listening anxiously to Presiding Judge Adrian Fulford” deliver the Chamber’s ruling.

Before anyone pops open a champagne bottle, it is important to remember that it is far too early to call the Lubanga verdict a victory for justice and for the victims and survivors of the conflict. The trial-chamber has not yet issued a sentence and it is anyone’s guess what punishment will be meted out. Importantly, the sentence will have palpable effects on the ground, where fear and anticipation is high while opinions are sharply divided.

Notably, Lubanga has been in detention for seven years. Thus, if he receives a sentence of ten years, he will be a free man in three. Most educated guesses peg the sentencing at 10-15 years. Undoubtedly, the decision by Prosecutor Luis Moreno-Ocampo to restrict the charges to those pertaining to the use of child soldiers will come under heavy fire if the sentence is relatively lenient. Criticism will only intensify if the prosecution’s controversial use of intermediaries is taken into account and it wouldn’t be surprising if it did.

Unsurprisingly, human rights groups have suggested that there will be a deterrence effect. Géraldine Mattioli-Zeltner of Human Rights Watch, for example, declared that:

“Military commanders in Congo and elsewhere should take notice of the ICC’s powerful message: using children as a weapon of war is a serious crime that can lead them to the dock.”

As I have written elsewhere, the question of deterrence is ultimately problematic (see also here). It can’t be proven to occur and can only be disproved. The burden of evidence is heavily against the view that deterrence in fact works or happens. 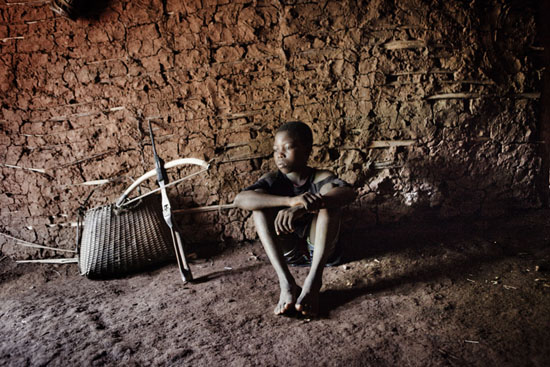 Merci Mbolingako, a 14-year old child soldier, abducted by the LRA, in north-eastern DRC, who was freed in June 2010 (Photo: Marcus Bleasdale / VII)

Regardless, this much is clear: the Lubanga verdict has the potential to have a more effective and appropriate effect on the use child soldiers in conflicts than ‘KONY2012’. While it is far from certain, the proximity and linkages between the conflicts in northern DRC with the activities of the Lord’s Resistance Army could see the verdict having implications for the LRA. Mattioli-Zeltner made the point of declaring that “[t]he ICC guilty verdict against Lubanga should be a stark warning to Joseph Kony who continues to send children into combat.”

As a signal, unlike the over-simplified Invisible Children campaign, the Lubanga verdict could have a real effect on the future use child soldiers. Hopefully the verdict can move the discourse beyond the diluted take on the use of child soldiers in conflict offered by ‘KONY2012’. However, the Lubanga ruling is unlikely to receive nearly as much attention – and that’s just sad.

Mark Kersten is a consultant at the Wayamo Foundation, a Senior Researcher at the Munk School of Global Affairs, and a law student at McGill University Law School. He is also author of the book, 'Justice in Conflict - The Effects of the International Criminal Court's Interventions on Ending Wars and Building Peace' (Oxford University Press, 2016).
View all posts by Mark Kersten →
This entry was posted in Child Soldiers, Democratic Republic of Congo, Deterrence, ICC Prosecutor, International Criminal Court (ICC), Lord's Resistance Army (LRA). Bookmark the permalink.

5 Responses to Beyond ‘KONY2012’ – Judgement Day and the Lubanga Verdict