Taking Bensouda’s Reins: Who Will Take Over as the ICC Deputy Prosecutor?

Readers are likely well aware that Fatou Bensouda became the ICC’s Chief Prosecutor earlier this year. Before becoming Prosecutor, Bensouda had previously served as the ICC’s Deputy Prosecutor under Luis Moreno-Ocampo. Now, however, it is time for the Office of the Prosecutor (OTP) under Bensouda to decide who will fill her shoes – and they’re big shoes to fill at that.

Today, Bensouda issued her short-list of candidates to replace her:

Today, International Criminal Court (ICC) Prosecutor Fatou Bensouda, in accordance with article 42 paragraph 4 of the Rome Statute, treaty founding the ICC, has submitted to the Assembly of States Parties the names of the three candidates she is nominating for the position of Deputy Prosecutor. The candidates were selected from a pool of 126 applicants. The Prosecutor’s nomination is a culmination of an extensive interview process conducted with assistance from other tribunals. The process, which started in May 2012, included an initial screening, written test, oral presentations, face-to-face interviews as well as interaction with Senior Managers and Trial Lawyers within the Office.

All nominees meet the requirements of article 42 paragraph 3 of the Statute. In providing the Assembly of States Parties with a list of three nominees, the Prosecutor expressed her satisfaction with the process of identifying the candidates and said that all interviewed candidates were of a very high quality. Taking into account her vision of the Office, she selected the candidates that possess the capabilities and qualities of an excellent Deputy Prosecutor. 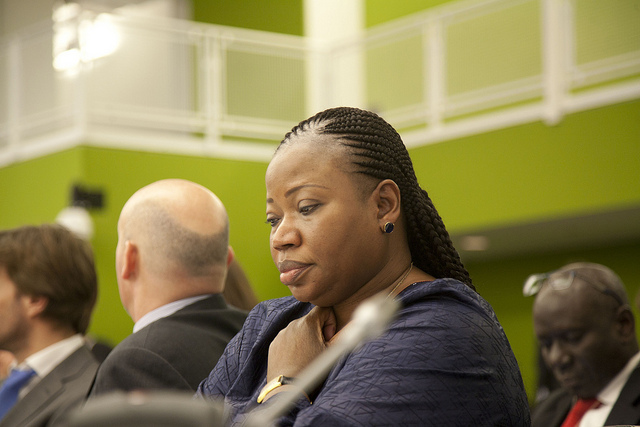 Lucky for us, the great folks at IntLawGrrls have compiled a brief bio of each contender:

The ICC’s Assembly of States Parties will elect the next Deputy Prosecutor in an election in November.

Here are three quick thoughts on the election:

Second, will political factors be raised by those deciding who Bensouda’s side-kick will be? I continue to believe that, in the case of Bensouda’s election, political criteria mattered. According to the ICC, all of the candidates for Deputy Prosecutor are people of the highest integrity and moral character. Each clearly has a wealth of experience in international criminal justice and related fields. They are all also Caucasian, so there won’t be any wrangling over whether the “developing” world or Africa should be represented in the OTP. Moreover, all come from countries with a long-standing and strong commitment to the ICC. Perhaps the only real political consideration for the members of the ICC is whether it wants to continue the pattern of gender balance between the two highest posts in the OTP.

Mark Kersten is a consultant at the Wayamo Foundation, a Senior Researcher at the Munk School of Global Affairs, and a law student at McGill University Law School. He is also author of the book, 'Justice in Conflict - The Effects of the International Criminal Court's Interventions on Ending Wars and Building Peace' (Oxford University Press, 2016).
View all posts by Mark Kersten →
This entry was posted in Elections, ICC Prosecutor, International Criminal Court (ICC) and tagged Fatou Bensouda, ICC Election, James Stewart, Paul Rutledge, Raija Toiviainen, Serge Brammertz. Bookmark the permalink.

2 Responses to Taking Bensouda’s Reins: Who Will Take Over as the ICC Deputy Prosecutor?