The ICC’s Next Top Prosecutor

The term of the ICC’s first Prosecutor, Luis Moreno-Ocampo, is slowly, albeit dramatically, drawing to a close. In December 2011 the members of ICC’s Assembly of State Parties will convene to choose the Court’s next Prosecutor. He or she will officially replace Moreno-Ocampo in June 2012. Every member-state of the Court will have one vote in deciding the ICC’s second prosecutor. In early February, the ICC set up a search committee to identify some potential candidates.

Moreno-Ocampo is the only chief Prosecutor the Court has ever known. Since 2002, when the ICC came into being, he has managed to shine a tremendous amount of spotlight on the workings of the Court. He has also managed to rub a lot of people the wrong way. His record will be something for scholars of all stripes to pour over in the coming years. But what about the next ICC Prosecutor? Who will he or she be?

There are a number of issues member-states will consider as they take time over the next few months to decide who they will support. A range of factors will surely shape the calculus of states as they inch towards the December vote. Here are a few considerations.

The Politics of Location

The question of the region and nation from which the next Prosecutor comes from is perhaps where the political inclinations of every state and non-state actor involved in the election will be strongest. This is also where the danger of vote trading is highest – states trading and grouping votes together on the basis of political considerations (eg. a vote in another international institution) rather than basing their decisions on the quality of the candidate.

The majority of members of the ICC are outside of North America and Europe (ratified members in green; signatories in orange)

It is highly unlikely that the Prosecutor will be North American or European. The vast majority of member-states come from Africa, South America and Asia. Africa still makes up the largest contingent and the AU has already been clear that it wants an African Prosecutor to lead the Court. Noting that none of the ICC’s top positions (ie. the heads of the Court’s four organs) are filled by an African citizen, there is a strong case to be made that the next Prosecutor should be African. According to one report, the AU will nominate a candidate this summer.

Moreno-Ocampo is an Argentine. One of his earliest professional roles was as an assistant prosecutor in the trial of Argentina’s Dirty War leaders. Will the next Prosecutor also come from a non-Western state which has persevered through mass human rights atrocities? It seems at least a distinct possibility. An African Prosecutor certainly wouldn’t be a bad political choice. A widely respected African candidate would dampen charges of neo-colonialism and the view of the Court as a European-Court against Africa.

An interesting political choice would also be an Arab and/or Middle Eastern candidate, perhaps from one of the Arab Spring states. This would only add to the impressive and powerful movement of Arab and Middle Eastern states towards recognition and greater participation in international criminal justice. It would be a remarkable signal to the world that the Middle Eastern and Arab states are going to be productive and engaged players in the pursuit of ending international impunity. Another possible choice would be an Asian candidate. Although the number of Asian ICC member-states remains small, the region is represented at the Court by the President, who is South Korean. Another high-profile international posting, that of the UN Secretary General, is almost guaranteed to be taken up by Ban Ki-Moon once again, another South Korean national. These factors could play a role against any Asian candidate for Chief Prosecutor at the ICC.

This factor is more about style rather than the substance of the next Prosecutor’s Curriculum Vitae. The Prosecutor is largely (if not officially) responsible for being the chief-spokesperson for the ICC and for many, for international criminal justice. In this context, the job is as much about how the Prosecutor goes about his/her business as it is about whatbusiness he/she conducts.

Cover of an edited volume by Simon Chesterman. Will the next ICC Prosecutor be a 'Secretary' or a 'General'?

The question of whether he or she will be a ‘secretary’ or a ‘general’ draws on debates about the selection of Ban Ki-moon as the most recent UN Secretary General. While his predecessor, Kofi Annan, was regarded as a ‘general’ – using his high-profile and secular pulpit to act as a norm entrepreneur on various fronts, Ban Ki-Moon has to date been a much more soft-spoken and behind-the-scenes kind of Secretary General. In other words, he is more a ‘secretary’ than a ‘general’. There is no doubt that on this scale, Moreno-Ocampo is more of a general than a secretary. He has literally been the face of the ICC during his term. As a Prosecutor he is remarkably charismatic and has garnered the Court more attention than most would have thought possible. For some, this has been the hallmark of his success. For others, Moreno-Ocampo’s willingness to bluntly “stick his fingers in it” has been a constant source of exasperation. Some, like the African Union Commission’s Chairman, Jean Ping has taken aim at the Prosecutor himself:

“Frankly speaking, we are not against the International Criminal Court. What we are against is Ocampo’s justice — the justice of a man.”

On the surface, it seems unlikely that states will want another Prosecutor with the aptitude to attract controversy like Moreno-Ocampo. Early rumblings suggest a greater likelihood of a secretary-type rather than a general-type as the next Prosecutor.

Granted, this is the least ‘sexy’ and least political of criteria but perhaps the most important. The Prosecutor simply must have the right skill-set to be in charge of the Office of the Prosecutor at the ICC. There is likely to be a number of candidates with these qualifications, opening up space for the politics of decision-making to flourish (see above). The only real politicking that could theoretically occur here is if a member-state who was  opposed to the Court attempted to nominate a complete dud as the next Prosecutor. It is not as crazy as you’d think: one of the ICC’s first judges didn’t have a law degree. Still, it is unlikely that a state would try to sabotage the Court by getting an inexperienced and under-qualified candidate nominated. The Rome Statute has specific guidelines that a potential Prosecutor must meet. The pertinent section, Article 42, specifies that the Prosecutor:

“shall be persons of high moral character, be highly competent in and have extensive practical experience in the prosecution or trial of criminal cases. They shall have an excellent knowledge of and be fluent in at least one of the working languages of the Court.” 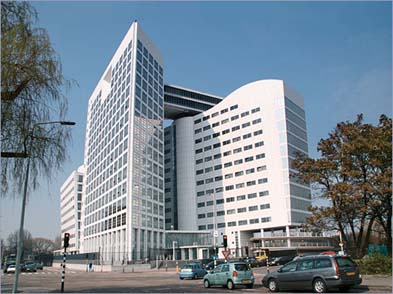 Further, human rights groups and interested parties will surely put pressure on states to elect a qualified candidate. Indeed, the Open Society Justice Initiative has already issued a statement outlining the qualities it wants to see in the next Prosecutor:

In short, the Prosecutor’s experience and qualifications must allow him to wear two hats at the same time. He must be both a manager and a prosecutor.

Will the ICC member-states pursue gender equality as a criteria in the selection of a new Prosecutor? The same AU meeting which ended in an agreement to demand an African Prosecutor also concluded that gender equity should be considered. There is no shortage of highly qualified women. For anyone who doubts this, remember what Louise Arbour did for the ad hoc tribunals and the UN’s Human Rights Council (also, check out comments below). Sadly, international institutions have remained largely resistant to putting women into the most visible positions (I’m looking at you, UN, International Monetary Fund, World Bank!). Nevertheless, it would be an incredible day for gender equality if a woman were to be elected as ICC Prosecutor.

Have I forgotten any important criteria? Do you have a possible candidate in mind? If so, let me know who and why they would be ideal. If you know who should be the next ICC Prosecutor, send along a description of the individual and why you think he/she should be chosen. If it’s good, I will feature it as a post!

As for states on the outside of the ICC who want to have a say there is only one way to make sure they have your voices heard: hurry up and join the Court!

Check out Tobias Hanson’s insightful response to this post here.

Mark Kersten is a consultant at the Wayamo Foundation, a Senior Researcher at the Munk School of Global Affairs, and a law student at McGill University Law School. He is also author of the book, 'Justice in Conflict - The Effects of the International Criminal Court's Interventions on Ending Wars and Building Peace' (Oxford University Press, 2016).
View all posts by Mark Kersten →
This entry was posted in ICC Prosecutor, International Criminal Court (ICC), Next ICC Prosecutor. Bookmark the permalink.

14 Responses to The ICC’s Next Top Prosecutor