The following is a guest-post by Chris Tenove, a doctoral candidate in Political Science at the University of British Columbia where his research explores the political and ethical dilemmas of global governance for international criminal justice and humanitarianism. Chris also runs an excellent blog (see here). In this post, Chris examines critical questions pertaining to, and ways to strengthen and improve victim participation at the International Criminal Court. Enjoy!

In the next two weeks, the Assembly of States Parties will undoubtedly address one of the most innovative and troubled aspects of the International Criminal Court: victim participation. Such discussions must take heed of recent decisions by Trial Chamber V on the upcoming trials in the Kenya situation, which introduced a dramatically different scheme for victim participation compared to previous Court practice. Will that decision lead to a shrinking role for victims at the ICC, or make it more efficient and inclusive? Much will depend on how the new scheme is operationalized, including the resources and direction the ASP offers.

The ICC’s approach to victim participation is without precedent. The only role for victims at previous courts was limited to witnesses, a role that was criticized by civil society actors and some states during the drafting of the Rome Statute. The Rome Statute ultimately included Article 68(3), which stated that: Where the personal interests of the victims are affected, the Court shall permit their views and concerns to be presented and considered at stages of the proceedings determined to be appropriate by the Court…

Judges and court staff spent considerable energy in the Court’s early years interpreting and re-interpreting how victims would participate. Fundamental questions have been grappled with: Who is a victim eligible to participate? What modalities of participation are possible, and at what stages of proceedings? ? How can common legal representatives (CLR) for large numbers of victims be selected?

While rules for victim participation have become more concrete, they continue to leave many unsatisfied. This summer, several legal advisers for State Parties told me that it was a top issue for reform, primarily for budgetary reasons. While some civil society groups were pushing for more resources for victims’ legal teams, key State Parties continue to push for tightening legal aid and Registry budgets. These areas of the budget will continue to be squeezed so long as the Court takes on more situations (some referred to it by the UNSC) while State Parties hold to zero-growth in funding.

Kenya I and II: A New Direction for Victim Participation?

Judge Christine van den Wyngaert weighed into the debate with a published paper that called for a dramatic rethinking in approach. Wyngaert argued that victim participation has been resource-intensive and has slowed down proceedings, while providing little real benefits to victims. She notes that the expected costs for victim participation in 2012 (including ICC staff, external lawyers, and in-country field staff) is estimated at over € 7 million. She also notes that Chambers spend considerable time assessing each individual victim’s application to participate. In her paper, Judge van den Wyngaert sees little role for victims other than to provide evidence, and assumes that their main interest is proving the guilt of the accused and receiving reparations. She pointedly questions whether “the participation system set in place is ‘meaningful’ enough to justify the amount of resources and time invested in it or whether it would be better to spend those resources and time directly on reparations” (p. 495). In contrast, Judge Adrian Fulford, presiding judge in the trial of Thomas Lubanga Dyilo, claimed that victim participation did not significantly extend the trial and that victims’ representatives made succinct and relevant contributions.

The new scheme proposed in the Kenya I and II decisions bears traces of Judge van den Wyngaert’s reasoning. It creates two categories of victims. First, those who want to appear directly before the court (in person or video-link). They must prove their status as victims through a submission to be reviewed by Chambers, which is similar to the current process. Second, those who may communicate with the CLR and inform his or her general thinking, but who do not need to submit an application to Chambers. The CLR will be based in Kenya and will only appear in court in The Hague for key moments such as opening and closing statements. Otherwise, the ICC’s Office of Public Counsel for Victims (OPCV) will handle legal proceedings.

This two-tier approach is apparently designed to enable participation that is both deep and broad. A few victims can participate directly in judicial processes. A much larger group will be ‘represented’ by the CLR in a diffuse way and make little demand on Chambers’ resources. This scheme clearly responds to the fact that several thousand Kenyans have expressed an interest in participation—often, as a number of Kenyan civil society members told me, out of the mistaken belief that participants are more likely to receive reparations. While the legal framework is in place, the Kenya I and II decisions leave much to be worked out. How will the CLRs consult with and inform large numbers of participants? How will they choose a small number of active participants? How will the CLRs and the OPCV jointly determine a legal strategy?

What’s the Point of Victim Participation?

Victims as legal clients: As much as possible, victim representation should mirror the relationship between lawyers and clients in domestic judicial proceedings. This approach – a favourite among lawyers who work with victims – emphasizes the determination of individual interests of victims, the need for ongoing consultation between lawyer and client, and a substantial role in trial proceedings. It opposes the idea that victims should be treated as an undifferentiated mass whose main interest aligns with the prosecutor.

Victims as secondary to the criminal trial: Prompt and fair verdicts are the ICC’s main contribution to victims. This approach emphasizes the threats that victim participation plays to the rights of the accused, and the possibility that it drains resources away from more effectively hearing and deciding criminal cases. Judge Van den Wyngaert can be situated in this camp, along with many common law lawyers.

Transitional justice approach: Rather than emphasize the impact of victims on legal proceedings, a victim-centred approach shifts attention from the courtroom to the lives of victims. It asks whether participation contributes material or normative resources to help victims pursue justice, and it is attentive to ways that victim participation could cause disappointment or even conflict between those allowed to participate and those who are not.

There is perhaps a zero-sum game between the first two perspectives, and the decision in the Kenyan situation is a significant shift toward the latter. But that shift doesn’t necessarily lead to a decrease in the ICC’s impact on victims’ lives. I would argue that this new approach doesn’t necessarily affect whether the Court can pursue the following four activities on the part of victims: 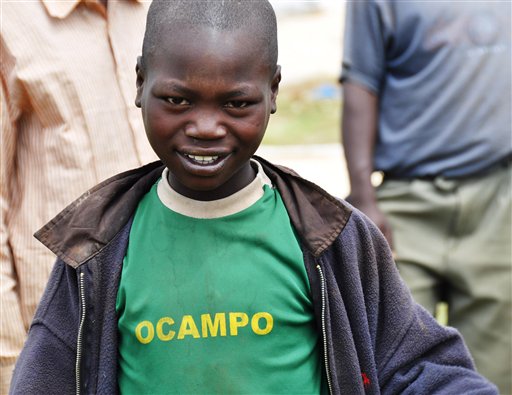 The fork in the road: support for common legal representatives

The recent decisions in the Kenya situation create complications for victim representation, in particular the ability of CLRs to advance victims’ views and concerns without participating in most trial proceedings. On the other hand, the CLRs may be able to hear the stories and assess the interests of many victims without delays caused by waiting for their forms to be reviewed and accepted by Chambers. Doing so will require extremely competent, well-funded CLRs and field staff. They must be seen as unbiased and therefore able to represent all victims (a difficult task in divided societies). They must be able to communicate effectively to large numbers of victims, working with civil society and through the media. They must be able to collect concrete and current information about victims in general, identifying shared and perhaps conflicting interests. They must be able to quickly identify a smaller number of victims who are committed to more direct participation, and be able to have confidential and secure relationships with them. At the same time, they must be able to advance victims’ views and concerns through trial processes, both via the OPCV and in person. All these activities require both talented CLRs and committed support from the Court, for everything from communication and research budgets to effective OPCV partnerships.

Alternately, the recent decision in the Kenya situation might point in a different direction. It may point toward an increasingly small role for victim participation, in which a small in-country team relays general information to OPCV lawyers, who contribute in minor ways to judicial proceedings, while victims in their communities follow news accounts of the ICC like other members of the public. Perhaps local and international civil society could pick up some of the slack and help victims feel engaged with ICC processes. Or perhaps not.

The discussions held in The Hague over the next two weeks, in particular talks about budgetary priorities, will go a long way toward determining which vision of victim participation is pursued.

Academics and civil society have weighed in on the various directions taken by Chambers and the Registry. See, for instance, publications by Hakan Friman, Christodoulos Kaoutzanis, Mariana Pena, and the War Crimes Research Office. REDRESS, perhaps the most active NGO engaging both the Court and victims, has issued the most up-to-date analysis of victim participation generally and a brief Q&A on the Kenya I and II decisions.

Mark Kersten is a consultant at the Wayamo Foundation, a Senior Researcher at the Munk School of Global Affairs, and a law student at McGill University Law School. He is also author of the book, 'Justice in Conflict - The Effects of the International Criminal Court's Interventions on Ending Wars and Building Peace' (Oxford University Press, 2016).
View all posts by Mark Kersten →
This entry was posted in Assembly of States Parties, ICC Prosecutor, International Criminal Court (ICC), Victim Participation and tagged ASP11. Bookmark the permalink.

7 Responses to Whither Victim Participation?