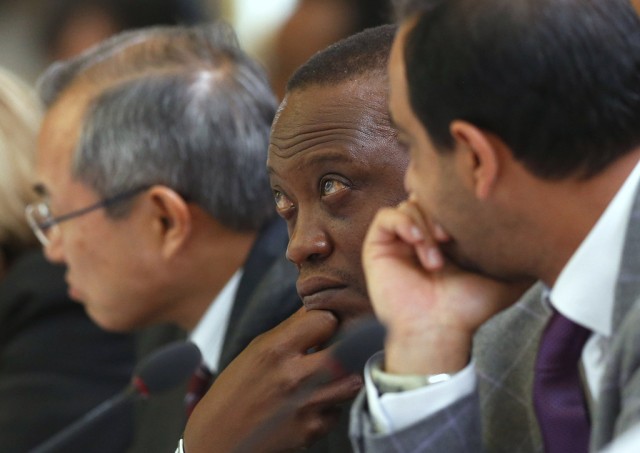 International criminal justice has had its share of bizarre moments. We’ve seen seemingly untouchable indictees turn themselves in to foreign embassies and request to be sent to The Hague. We’ve seen enemy indictees unite to win elections. We’ve seen indictees try anything and everything to get the International Criminal Court (ICC) off their backs. Until last week that is, when Kenyan President Uhuru Kenyatta took it to another level altogether.

It all started in a rather out-of-context context. ICC Prosecutor Fatou Bensouda was giving her six-month briefing on the status of investigations in Libya to the UN Security Council. As is tradition, all Security Council member states then had an opportunity to respond. Most of it was largely the compulsory and dry commentary that makes good snoozing material for even the most fervent followers of the ICC. But then came Rwanda’s Ambassador to the UN, Eugene-Richard Gasana, turn. And he let loose:

…international criminal justice needs to be independent from political interference and to uphold the principle of sovereign equality of states. Needless to say that Rwanda, as many other UN member states, does not believe that the ICC lived up to this aspiration…

…In this regard, even the signatories of the Rome Statute have recently expressed concerns on that Court. I may recall the note verbale dated Thursday 2 May 2013 addressed by the Kenya Mission to the Security Council, containing a compelling case against the methods of work of the Office of the Prosecutor, on the Kenyan cases. This was also pointed out by a judge of the ICC, who recently resigned.

In that respect, Rwanda hopes that the Security Council will soon table this issue, raised by a UN member state, on its programme of work, with a view to addressing the growing concern of member states, including signatories of the Rome Statute.

It was on. Again as per tradition, Bensouda had the opportunity to reply to any and all comments from members of the Security Council. Remember, this was a briefing on the situation in Libya – not Kenya. But Bensouda focused her entire response on  Gasana’s remarks:

“Mr. President while today this Council is not discussing the situation in Kenya, I find myself compelled to set the record straight with regard to the remarks made by His Excellency the Permanent Representative of Rwanda…

…On the basis of the Permanent Representative of Rwanda’s statement I must surmise that the information contained in Kenya’s letter to this Council is unfounded and incorrect. It is a backdoor attempt to politicize the judicial processes of the Court. The letter referred to by the Permanent Representative of Rwanda has not been transmitted to us. We therefore reserve our right to respond to it in detail in due course and we hope we will be given that opportunity once it has been transmitted to us. 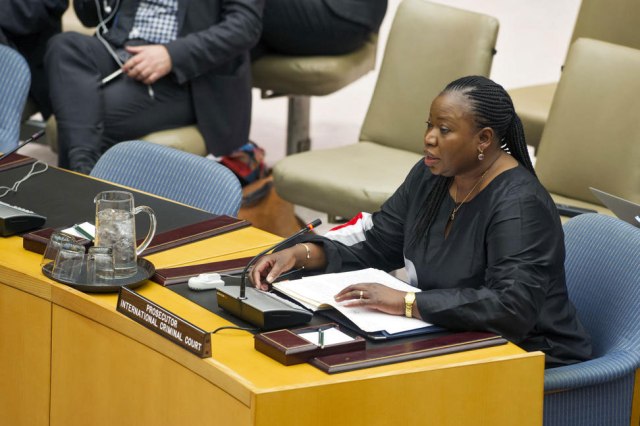 Of course, while this was happening, no one really knew what letter was being discussed. So the next step was to figure out what exactly this mysterious ‘note’ from Kenya contained. David Bosco had the scoop on what turned out to be a rambling request to the UN Security Council to terminate the ICC’s cases against Kenyan President Uhuru Kenyatta and Vice President William Ruto. Of course, the letter tapped into all of the predictable tropes about the ICC threatening peace, security and democracy in Kenya and beyond. Ironically the letter also stated that it was not trying to interfere with the ICC’s work:

This delegation wishes to reiterate that we are not in any way interfering with the conduct of the cases before the Court. To the contrary the Government of Kenya will continue cooperating with the Court and being a State Party to the Rome Statute [and] is cognizant of the obligations placed on it.

But the bizarreness didn’t stop there. As the story grew, both Ruto and Kenyan Attorney General Githu Muiga both disowned the letter (see also Kevin Heller’s analysis here), perhaps because of how misplaced a move it really was.

The letter has made Kenyatta look extremely foolish. While he did not author the letter, Kenya’s UN delegation is his mouthpiece on the world stage and he ultimately bears responsible for the actions and decisions of his delegation at the UN. Moreover, Kenyatta can’t be the one who requests that his own case be thrown out. As Makau Mutua observes:

An indictee like Mr Kenyatta can’t sit in judgment of himself. The equivalent would be throwing open the doors to Kenya’s police holding centres and letting all suspects go scot-free.

Kenyatta and Ruto were indicted for their role in the 2007-08 post-election violence in Kenya (Photo: Uriel Sinai/Getty Images)

At the same time, there are few worse options for bringing such a letter to the attention of the Security Council than Gasana. As a non-member state of the ICC that has been very vocal about the Court’s bias against Africa, Rwanda’s support for international criminal justice – and the ICC in particular – has been precarious at best. Just a few short weeks ago, Rwanda worked feverishly – and sadly succeeded – in preventing any mention of the importance of the ICC for issues of peace and security in Africa.

So what does all of this mean for the ICC? While Bensouda probably responded too quickly and defensively in going after Gasana, it is also true that anything that makes Kenyatta look desperate and foolish makes the Court look good. And after the controversial resignation of a Judge in the Kenya cases, meetings between Kenyatta and UK PM David Cameron in London, and amidst increasing evidence that the Court is losing the ‘perception game’ in Kenya, the Prosecution could use some good news.

In the end, it isn’t clear what, if anything, will come of all this. But the Kenyan situation appears to be getting messier by the day and, as Richard Dowden puts it, it seems that “a major train smash is on the way.”

Mark Kersten is a consultant at the Wayamo Foundation, a Senior Researcher at the Munk School of Global Affairs, and a law student at McGill University Law School. He is also author of the book, 'Justice in Conflict - The Effects of the International Criminal Court's Interventions on Ending Wars and Building Peace' (Oxford University Press, 2016).
View all posts by Mark Kersten →
This entry was posted in International Criminal Court (ICC), Justice, Kenya, Kenya and the ICC, UN Security Council and tagged Uhuru Kenyatta, William Ruto. Bookmark the permalink.

25 Responses to A Bizarre Snowball’s Chance in Hell: Kenya Asks Security Council to Terminate Kenyatta Case at the ICC