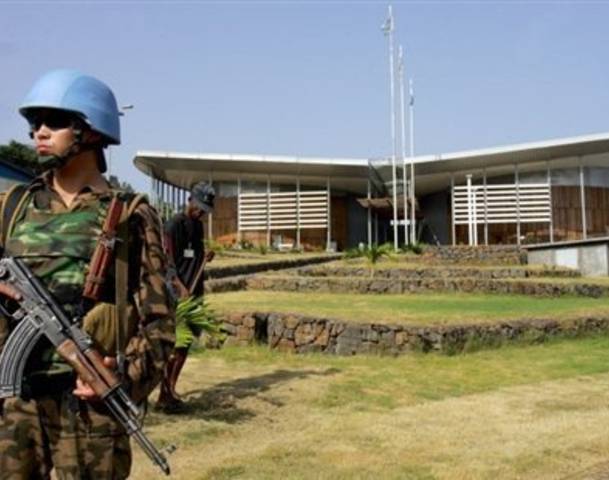 In The Hague last month, the Appeals Chamber of the Special Court for Sierra Leone (SCSL) upheld the May 2012 ruling that Charles Taylor had in fact committed war crimes by aiding Sierra Leonean soldiers during the 11 year civil war (1991-2002). Many have praised the verdict as another victory on the war against impunity, ‘serving justice’ for the many victims of Sierra Leone. But the ruling is simply another example of how “serving justice” during transitions largely remains confined to a narrow, legal understanding of what justice means. Context and culture continue to be marginalized and, as a result, so too is justice.

Legal transitional justice predominantly stems from the 1990s when justice institutions manifested as ad hoc tribunals in Yugoslavia and Rwanda. They sought to prosecute criminal masterminds with international criminal law. Therefore, the notion of ”serving justice” was equated with due process and guilty convictions. However, these institutions were found to be slow, stagnant, expensive and, most importantly, disconnected. Critics often pointed to both their physical and psychological distance. As Makau Mutua writes in reference to Rwanda, the “tribunal [was] orbiting in space, suspended from political reality and removed from individual and national psyches,” demonstrating its lack of relevance or legitimacy in civil society.

In response, practitioners sought to renovate transitional justice tribunals to become what Beth Dougherty refers to as the “second generation,” incorporating aspects specific to local contexts. Transitional justice in Sierra Leone was the pinnacle product of this evolution. The Special Court, located in Freetown, was designed as a legal hybrid institution where both international humanitarian law and national law served as the backbone of justice, as well as employing both international and Sierra Leonean judges and lawyers. Established in 2002, its purpose was to charge individuals who “bore the greatest responsibility” for crimes committed in Sierra Leone from November 1996 onward. This resulted in the indictment of 23 men, primarily key war architects and top commanders. Of these individuals, 9 are currently serving jail sentences; 3, including top rebel leaders Sam Hinga Norman, Foday Sankoh, and Sam Bockarie died during proceedings; Johnny Paul Koroma, head of state during the AFRC government from 1997-98 remains a fugitive (although is believed to be dead); and the remaining served lesser (or, in some instances, no) sentences for cases of contempt including witness intimidation and witness tampering. 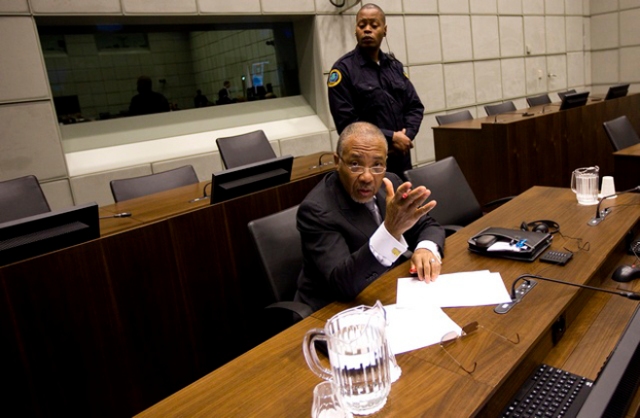 International legal scholars have widely hailed the Court as a success. Last year, the UN Security Council stated the SCSL had succeeded in contributing to international criminal justice-particularly in relation to forced marriage, sexual violence, sexual slavery and the recruitment and use of child soldiers. The Court was also said to have strengthened stability in West Africa by “bringing an end to impunity.” The May 2012 Charles Taylor conviction and its recent reaffirmation have further served as evidence that “justice has been done.” However, what did this mean in Sierra Leone and, more importantly, for its citizens?

The short answer is: not a lot. To begin with, the vast majority of Sierra Leoneans reside in rural areas disconnected from state and legal institutions. The Court, located in the coastal city of Freetown, hidden behind barricaded walls and barbed wire fences rendered it neither physically visible or nor accessible. In addition, a large portion of the population is illiterate. Hence, legal rhetoric was in many was not understood or of interest. Even with press outlets there was a strong disconnect. As Lansana Gberie observed, “[T]he Court appears aloof from the general population…[Their] Public Information Unit…has been perceived as having little engagement with the local media…and has seemed more concerned communicating with foreign press.”

In my own communication with Sierra Leoneans, I found they were generally indifferent to the Court. They had not heard much about it or saw it being of little relevance to them. Some had heard of Charles Taylor, some knew about his verdict, but only those in the legal sphere seemed to really care. In speaking to one victim in Eastern Sierra Leone, he told me: ‘I heard about it, but I do not see it,’ indicating that neither geographical locale nor domestic legality equates to the physical or mental visibility of justice. Rather, the Court was orbiting in a narrow, confined sphere removed from civil society. This Court embodied what Paul Gready refers to as ‘distanced’ justice systems that lack domestic participation, undermine existing norms and institutions and are often alien to society at large. As result, such judicial systems are frequently referred to as producing ‘white man’s justice’- serving justice through the lens of those by whom it was established, rather than those it was established for.

Systems of transitional justice are most often institutionalized upon the external architect’s own culturally nuanced understandings of these concepts, thereby marginalizing locality. Instead of the ‘local’ acting as a peripheral point, it should be, as argued by Shaw and Waldorf, “’place-based’ – where the ‘local’ is shifted to the centre from which the rest of the world is viewed,” This is especially relevant in the case of domestic conflict. The response to a civil war requires civil input and ownership, reflecting the beliefs and understandings of its participants, both victims and perpetrators. Sierra Leoneans have their own means of forgoing past atrocities. In discussion with one Sierra Leonean, justice was familiar – it was a face-to-face conversation in which a perpetrator issues an apology, particularly in the context of a culturally relevant ritual. If the ‘third generation’ is to “serve justice” in any meaningful sense, its orbited suspension needs to be reeled in to better address ‘place-based,’ culturally contextualized issues in order to end both a culture of impunity and the impunity of culture.

Mark Kersten is a consultant at the Wayamo Foundation, a Senior Researcher at the Munk School of Global Affairs, and a law student at McGill University Law School. He is also author of the book, 'Justice in Conflict - The Effects of the International Criminal Court's Interventions on Ending Wars and Building Peace' (Oxford University Press, 2016).
View all posts by Mark Kersten →
This entry was posted in Liberia, Sierra Leone, Special Court for SIerra Leone (SCSL), Transitional Justice. Bookmark the permalink.

6 Responses to Orbiting in Space – Suspended Justice in Sierra Leone