Kenyatta’s Next Move: What Kenya Wants from the ICC

Kenya’s dreams of getting the UN Security Council to defer the cases against President Uhuru Kenyatta and Vice President William Ruto have collapsed, at least for the time being. Key members of the Security Council aren’t willing to go for it; at least one of the P3 – France, the UK or the US – has made it clear that they would veto any attempt to invoke of Article 16 and defer the Kenya cases for at least one year.

Of course, that doesn’t mean that Kenya’s battle against the ICC is over. They may have lost the battle but they’re in it for the war. The country’s attention has now turned to the upcoming Assembly of States Parties (ASP) conference in The Hague (November 20 – 28). And, thanks to an online leak, we now know exactly what Kenya wants to see happen at the ASP.

Kenya will put on a full-court press in an attempt to amend the Rome Statute. Their attitude seems to be that if they can’t circumvent the Court, they might as well try to change it.

1. An amendment to Article 63 pertaining to the presence of an accused at trial. Whether or not Kenyatta (and Ruto) have to be continuously present at their trials in The Hague has been an issue of much contention. Many believed (and some hoped) that allowing Kenyatta and Ruto to be absent from parts of their trial would constitute a middle ground and, consequently, lessen tensions between the Court and Kenya. However, it was recently ruled that Ruto had to be present throughout his trial and it now appears that a similar decision will be made in the Appeal’s chamber with regards to Kenyatta. Some, like Kevin Jon Heller, believe this is a recipe for disaster, putting the ICC and Kenya on a collision course.

Kenya wants to make it easier for individuals such as Kenyatta and Ruto to avoid being present at trial throughout the duration of proceedings. Specifically, it wants the Rome Statute to be amended to read:

“…an accused may be excused from continuous presence in the Court after the Chamber satisfies itself that exceptional circumstances exists, alternative measures have been put in place and considered, including but not limited to changes to the trial schedule or temporary adjournment.” 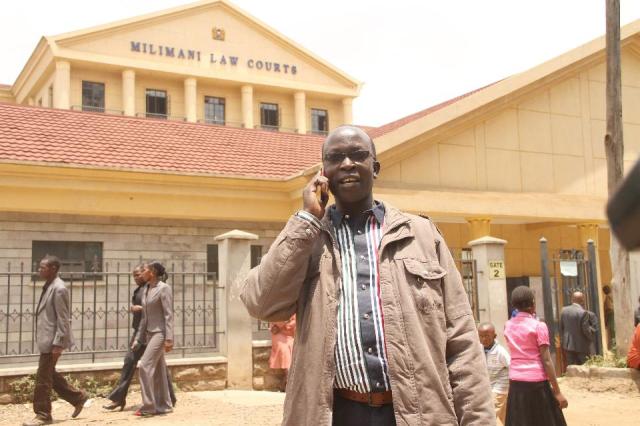 2. Kenya wants to amend provisions within the Rome Statute that ensure the Court treats “all persons without any distinction based on official capacity.” According to Kenyan officials, this “goes against the basic tenets of international law pertaining to privileges and immunities of government officials.” Kenya would like to see that government officials who are cooperating with proceedings (like Kenyatta and Ruto) should be excused from these provisions. Moreover (and predictably), Kenya wants to see Article 27 amended with the words: “… serving Heads of State may be exempt from prosecution during their current term of office. Such an exemtion [sic] may be renewed by the Court under the same conditions”. In other words, if you’re elected, you shouldn’t have to go to the ICC until your time in power is up. You have to wonder what kind of incentive that gives to gaining and maintaining power at all costs.

3. Kenya has taken offence with Article 70 which pertains to influencing and intimidating witnesses. This has been an ever-present and controversial issue with regards to the Kenya cases. The Prosecution has regularly maintained that its witnesses have been intimidated and went so far as to have a warrant of arrest issued for Walter Barasa who, they claim, attempting to influence three prosecution witnesses. Kenya believes that it has been wrongly accused and argues that Article 70 is biased towards the prosecution. They claim that “it’s clear that either party to the proceedings can approach the Court when such offences are committed” and want Article 70 to be amended to include the following: “The Court shall have jurisdiction over the following sentences against its administration of justice when committed by any person” (emphasis added).

4. Kenya believes that there is a “conflict of powers” between the Independent Oversight Mechanisms (IOM) at the ICC and the Office of the Prosecutor. They want to see the Rome Statute amended to make clear that the IOM is “empowered to carry out inspection, evaluation and investigations of all of the organs of the Court.” (emphasis added).

5. Lastly, Kenya is seeking an amendment to the preamble of the Rome Statute with regards to its description of complementarity. Specifically, Kenya believes that the the preamble should be changed from stating that the ICC “shall be complementary to national criminal prosecutions” to the ICC “shall be complementary to national and regional criminal prosecutions.” (emphasis added). This is in line, they argue, with the African Union’s work to create a regional criminal court to prosecute alleged crimes committed on the continent.

Too Much or Not Enough?

So what are we to make of these suggestions? Some are clearly self-serving but others, like the amendment to the preamble, seem sensible enough. The bigger question is whether the ASP will be willing to reopen the Rome Statute. Doing so could open pandora’s box; once it’s open, there could easily be a wave of demands and amendments proposed.

More importantly, even if all of these amendments were passed, they would not take effect immediately. Which means that Kenyatta is still expected in Court when his trial resumes in early February. If Kenya wants to avoid having their president sit trial in The Hague, they’ll have to cook up a different scheme.

Mark Kersten is a consultant at the Wayamo Foundation, a Senior Researcher at the Munk School of Global Affairs, and a law student at McGill University Law School. He is also author of the book, 'Justice in Conflict - The Effects of the International Criminal Court's Interventions on Ending Wars and Building Peace' (Oxford University Press, 2016).
View all posts by Mark Kersten →
This entry was posted in Deferral, International Criminal Court (ICC), Kenya, Kenya and the ICC and tagged Uhuru Kenyatta, William Ruto. Bookmark the permalink.

10 Responses to Kenyatta’s Next Move: What Kenya Wants from the ICC