Prosecuting Sexual Violence – Some Steps Forward, But Still a Long Way to Go

Viviane Dittrich joins JiC for this guest-post on the recent record of international tribunals in prosecuting sexual violence. Viviane is completing her PhD at the London School of Economics where her work focuses on the international criminal tribunals, their institutional development towards completion of mandate and the notion of legacy.

Sexual and gender-based violence occurs in the private and public realm, during peacetime and wartime. Only last week, the newly released Violence Against Women report by the European Union Agency for Fundamental Rights stated that about one in three women in Europe, i.e. 62 million, have experienced physical or sexual violence. The pervasiveness of sexual violence used as a weapon of war is well known and documented. Even after conflict has ended, the devastating impacts of sexual violence persist at the individual and societal level. A broad spectrum of crimes have been identified such as rape, sexual slavery, forced prostitution, forced pregnancy, forced sterilizations, gender-based persecutions and trafficking of persons. A culture of impunity and myths that sexual violence in armed conflict is a cultural phenomenon or represents the inevitable spoils of war need to be further challenged.

For too long, preventing and prosecuting sexual violence has not got the limelight it deserves. International Women’s Day celebrated on 8 March thus provides a topical moment to review some of the developments and achievements over the past year. Without any doubt, sexual violence is not just a women’s issue. It concerns women and men. Increasingly recognised and rightly so, it is an issue of international peace and security.

The visibility of the topic has been significantly heightened this past year through the work of the international criminal tribunals. On 30-31 January 2014 the Office of the Prosecutor of the International Criminal Tribunal for Rwanda (ICTR) organised an International Workshop on Conflict-Related Sexual and Gender Based Violence Crimes in Light of the ICTR’s Experience in Kampala, Uganda. I was delighted to be invited to the workshop and witness the formal launching of the ICTR’s Best Practices Manual for the Investigation and Prosecution of Sexual Violence Crimes in Post-Conflict Regions. Around 120 participants including national and international prosecutors, judges, defence counsel, health professionals, victim and witness advocates and representatives of civil society discussed best practices, shared experiences and made practical recommendations to design a model training programme for practitioners engaged in preventing and prosecuting sexual violence in Africa.

The ICTR has 20 years of experience in prosecuting sexual violence crimes perpetrated during the 1994 Rwandan Genocide. Over half of those indicted by the ICTR (52 out of 93 accused) were charged with rape or other crimes of sexual violence. Since 2007 a systematic review has taken place within the ICTR’s Office of the Prosecutor to assess its mixed success rate of securing convictions for sexual violence charges. In November 2012 ICTR Prosecutor Hassan Jallow hosted a first international workshop in Kigali, Rwanda. As a result of this collective and consultative process, the Manual is conceived and designed as a tool for practitioners. By sharing its experience and lessons learnt, the ICTR endeavours to engage partners in the Great Lakes region, to enhance the capacity of national authorities and regional stakeholders in Africa and to fight impunity.

In an on-going effort by ICTR Prosecutor Jallow, several legacy projects have been designed, including Best Practices Manuals and training programmes. In recognition of the pioneering and prolific work in the area of knowledge sharing and dissemination of practices, the International Association of Prosecutors conferred a Special Achievement Award on the ICTR’s Office of the Prosecutor on 9 September 2013. 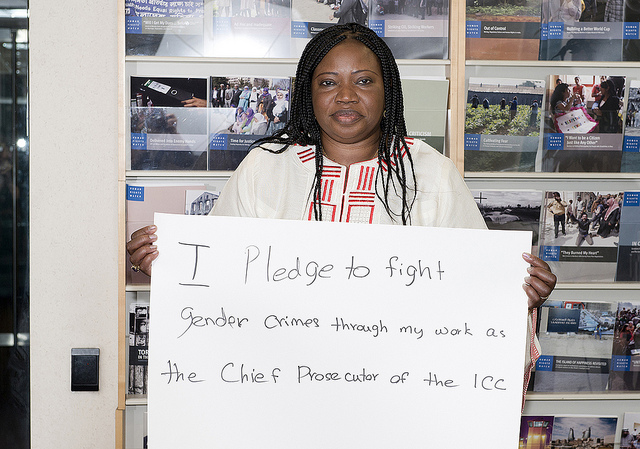 A Shared Endeavour Across the Tribunals

The number of prosecutions and, importantly, convictions for sexual violence at the international criminal tribunals remains low. For instance, on 7 March 2014, Trial Chamber II of the International Criminal Court (ICC) rendered its judgment convicting Congo militia leader Germain Katanga for one crime against humanity and four war crimes, while acquitting him of other charges, including crimes of rape and sexual slavery. This case stands for many others when judges did not find evidence beyond reasonable doubt with respect to sexual violence crimes.

In light of providing meaningful justice for crimes committed it is important to critically review the record and document and disseminate lessons learnt with regard to effective investigations and prosecutions – and this is a shared endeavour across the tribunals. In terms of jurisprudence, there are notable achievements across the contemporary international criminal tribunals, yet sexual violence remains an area that draws mixed reviews. The International Military Tribunal at Nuremberg largely demonstrated a lack of attention to sexual violence and the International Military Tribunal for the Far East in Tokyo ignored the systematic sexual slavery of so-called “comfort women”. On 9 March 2009, the UN Department of Peacekeeping Operations published a Review of the Sexual Violence Elements of the Judgments of the ICTY, the ICTR, as well as the Special Court for Sierra Leone (SCSL).

A month ago, on 7 February 2014, the ICC’s Office of the Prosecutor released a Draft Policy Paper on Sexual and Gender Based Crimes. Comments by the public were welcomed and the final policy paper has been announced for March 2014. Since November 2008 the ICC’s Office of the Prosecutor has appointed a Special Adviser on Gender Crimes (Catherine MacKinnon from 2008 to 2012, Brigid Inder from 2012 to present).

The ICTY’s Office of the Prosecutor has also been working on a Best Practices Manual on sexual violence reflecting its experience and pioneering role in the region of the former Yugoslavia. Furthermore, the ICTY outreach section produced a documentary entitled Sexual Violence and the Triumph of Justice in 2012 and organised film screenings inter alia in Zagreb, Sarajevo, Belgrade, Novi Sad and Skopje.

On the International Agenda

Recent developments and publicity on an international level signal the intensified commitment and resolve of the international commitment to prevent and end sexual violence in conflict and post-conflict situations. Notably, on 6 February 2014 the United Nations and the African Union affirmed their commitment in this area by pointing to a landmark agreement on the prevention of and response to conflict-related sexual violence in Africa signed on 31 January 2014, the final day of the 22nd African Union Summit in Addis Ababa, Ethiopia.

On 11 April 2013, the G8 Foreign Ministers also adopted a Declaration on Preventing Sexual Violence in Conflict. On a national level, for instance UK Foreign Secretary William Hague launched the Preventing Sexual Violence in Conflict Initiative in April 2012 and the United States Strategy to Prevent and Respond to Gender-based Violence Globally was launched in August 2012. Former U.S. Secretary of State Hillary Clinton championed women’s issues as a centrepiece of her work, inter alia through the National Action Plan on Women, Peace and Security and a strong campaign against sexual violence in conflict.

In addition, joint initiatives by international organisations or non-governmental organisations have played an important role, for instance the NGO Working Group on Women, Peace and Security and the International Campaign to Stop Rape & Gender Violence in Conflict. A joint project by UN Women, Justice Rapid Response and the Institute for International Criminal Investigations seeks to increase the pool of trained experts available for rapid deployment to investigate allegations of gender-based crimes during conflict. Their fourth training course recently took place in Bogotá, Colombia, on 19-25 January 2014. Deployments of experts have already taken place to the Commissions of Inquiry for Cote d’Ivoire, Libya and Syria, and North Korea, and the ICC. The impact of the investigations special roster is internationally recognised with Human Rights Council Resolution 23/25.

Keeping up the Pace

Anticipation is high for the upcoming Global Summit to End Sexual Violence in Conflict, the largest-ever international gathering convened on this topic, co-chaired by UK Foreign Secretary William Hague and Angelina Jolie, Special Envoy for the UN High Commissioner for Refugees, on 10-13 June 2014. While visible action in terms of declarations is taken and numerous laudable initiatives and publications are launched, more remains to be done in order to put into action the signalled commitment, to situate the issue within the broader Women, Peace and Security agenda, to provide necessary coordination and funding, and to adequately address the ongoing crimes and ensure accountability at the international and national level. Three key components framed the recent discussions in Kampala: prevention, prosecution and partnership. While the prosecution of sexual violence is paramount, a holistic approach is necessary to recognise the importance of services for survivors, counter the stigma of survivors, change perceptions, close the impunity gap and empower women and girls. More credible commitment and effective action is needed so that sexual violence crimes do not remain what Christine Chinkin has described as the “forgotten” crimes in international law.

1 Response to Prosecuting Sexual Violence – Some Steps Forward, But Still a Long Way to Go