A Futile Endeavour: Croatia v. Serbia at the ICJ

Iva Vukusic reports for JiC on the legal dispute between Serbia and Croatia at the International Court of Justice over the alleged commission of genocide during the early 1990s. Iva is a former journalist, analyst in the Special War Crimes Department of the Prosecutor’s office in Sarajevo, BiH. Since 2009, she has worked as a researcher and analyst in The Hague on a variety of war crimes related projects.

Who was responsible? Who committed genocide? Over the past month, Croatia and Serbia have been making their case at the International Court of Justice (ICJ) in The Hague, arguing that the other side committed genocide during the conflict in the early 1990s and that they were innocent.

During proceedings, both Croatia and Serbia have invoked the Convention on the Prevention and Punishment of the Crime of Genocide, the judgments of the International Criminal Tribunal for the former Yugoslavia (ICTY) and events that took place between 1991 and 1995. As others have suggested, the case is futile. It may even backfire.

The case at the ICJ is an exercise of politics – and one which does nothing to improve the relations of two neighbors. Croatia initiated its case in 1999, claiming that the mass human rights violations committed by the Serbs and Serbia – supported forces – primarily the JNA (Yugoslav People’s Army) and paramilitaries in 1991 and 1992 amounted to genocide. From 2010, Serbia claimed Croatia committed genocide during and after Operation Storm when, in the summer of 1995, over 200,000 Serbs left Krajina (Serbia argues they were persecuted and Croatia that they left on their own). The ICJ is likely to rule that although horrific crimes were committed in both situations, neither of the two reached the level of genocide.

Seventeen judges of the ICJ have listened to members of both sides’  legal teams. Among them are distinguished academics and experienced practitioners such as William Schabas, Wayne Jordash, Andreas Zimmermann, Philippe Sands and Keir Starmer.

Some of the most interesting points discussed concerned ICTY jurisprudence (Mrksic, Martic, Babic but also the more controversial Stanisic and Perisic) and how much weight, if any, should be given to the decision of the Prosecutor at the ICTY not to charge genocide for either the crimes in 1991 and 1992 or 1995. There was also significant debate about the often-criticized judgment in the Gotovina case where all three defendants were acquitted for crimes against the Croatian Serbs in Krajina. As always in genocide cases, significant attention was given to understanding what constitutes genocidal intent, how it can be proved and what a genocidal plan involves. The Court also heard arguments about the Tolimir case where the ICTY ruled (pending appeal) that genocide was also committed in Zepa (where 3 individuals were killed, distinguished members of the Bosniak community).

Serbia argued that the JNA was not in control of the paramilitaries and that Serbia was constituted as a state only in April 1992 (and therefore was not responsible) while Croatia emphasized that Operation Storm was legal and legitimate, aiming to reclaim territory unlawfully taken by rebelled local Serbs. It was interesting to observe both parties trying to expand the definition of genocide when applied to their neighbor and narrow it down when discussing their own past actions. 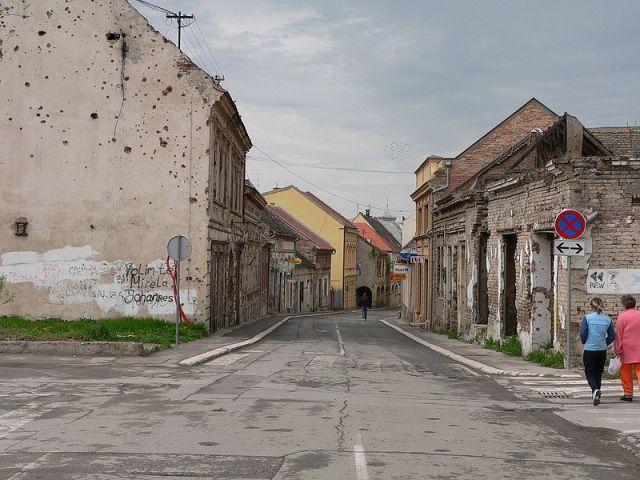 There was slight controversy when professor Schabas compared the Brioni meeting where Operation Storm was planned to the Wannsee conference of 1942 (transcript, March 14th, page 54). Other comments, made outside the courtroom, unveiled a deep misunderstanding about what the case is about. Orsat Miljenic, the Croatian minister of justice stated that the case would prove who was the aggressor and who was the victim. Miljenic should know that that is not what the case is about. But politicians have largely insisted on framing this case in terms of winning and losing.

Clever remarks were occasionally made about the arguments of the opposing side. One remark was that one couldn’t heavily rely on the strong language of dissents to prove a point (specifically, Pocar and Agius in the Gotovina Appeal) because when judges dissent they strongly disagree and such language is to be expected. Had they not been firmly opposed, they wouldn’t dissent. Another point was that the math doesn’t matter much – it is irrelevant how many judges agreed and how many didn’t – it is the judgment that matters (otherwise, many can claim that they almost won a case they had in fact lost). There were also arguments about genocide not being a ‘numbers game’.

The ICJ has previously dealt with genocide, in the case of Bosnia and Herzegovina v. Serbia and Montenegro and in 2007 when the Court ruled that Serbia was responsible for not preventing genocide in Srebrenica – but only Srebrenica, not Bosnia and Herzegovina. What complicates the present case is that the number of victims is not as high (especially during and after Operation Storm) and there has been no one single group of events as the shootings after the fall of Srebrenica. If the ICTY never ruled the shelling of Sarajevo to constitute genocide, then, Serbia claimed, how can Vukovar be with its much lower number of victims? Given its ruling in Bosnia v. Serbia, the judges won’t likely be determining that genocide was committed in Croatia, be it by the rebelled Serbs and Serbia or the Croatian government forces.

Not surprisingly, the case generated attention in the region where both countries, including now post-election Serbia, maintain their black-and-white narratives about past events. The areas hit by the violence are still facing rampant nationalism. Last year we saw Croatia struggle with containing aggressive opposition of local Croats to the use of Cyrillic script in Vukovar. That town was hit hard in 1991 and besieged for three months by Serb forces and now anything that is considered ‘Serb’ is apparently not welcomed in town, even if it is only a script. 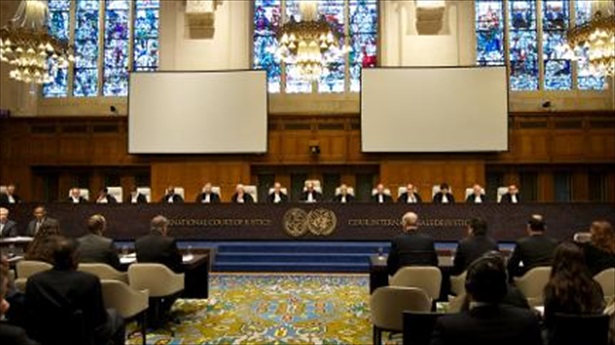 The ICJ hearings were an opportunity to deepen the discussion about the breakup of Yugoslavia. Unfortunately, that opportunity has been spoiled by the persistence of the ‘we are good, they are bad’ narrative. The media in both countries focused on the arguments of their government but even then, after the first few days, the spotlight was rarely on the ICJ. As we saw from almost two decades of the ICTY trials, when substance begins, the media leaves. Only a handful of journalists covered the entire month of proceedings.

This case and its likely outcomes aren’t going to do anything for the region: the victims, the families and the citizens. These are governments playing politics with cynical intentions – to reinforce their simplistic interpretations of the past. Had there been more wisdom and professionalism (and not misplaced patriotism or, worse, nationalism) the sessions would have been broadcasted so that Croatian citizens heard Serbia’s arguments and Serbia’s citizens heard Croatia’s arguments. That could have exposed them to the evidence presented: videos of burned villages, long lines of refugees, beatings and hateful statements by politicians from their countries.

What the respective publics of Serbia and Croatia need is not to hear the arguments of their governments. That is all they have been hearing for twenty years. What is needed is a conversation between neighbors, hearing each other out, working on ways to better relations, finding missing persons, collaborating on the return of stolen goods as well as not wasting time and money on futile cases.

The governments should support regional civil society initiatives in forming commissions of inquiry, discussing the construction of memorials, supporting survivors with psychosocial programs and reviving war-hit areas through employment-boosting measures. That would be more beneficial to those who survived and would honor the victims of the war in a more substantial way.

Mark Kersten is a consultant at the Wayamo Foundation, a Senior Researcher at the Munk School of Global Affairs, and a law student at McGill University Law School. He is also author of the book, 'Justice in Conflict - The Effects of the International Criminal Court's Interventions on Ending Wars and Building Peace' (Oxford University Press, 2016).
View all posts by Mark Kersten →
This entry was posted in Croatia, Genocide, Guest Posts, ICTY, International Court of Justice, Serbia and tagged Iva Vukusic. Bookmark the permalink.

5 Responses to A Futile Endeavour: Croatia v. Serbia at the ICJ