If the ICC Intervened in Ukraine, Russia Probably Wouldn’t Mind 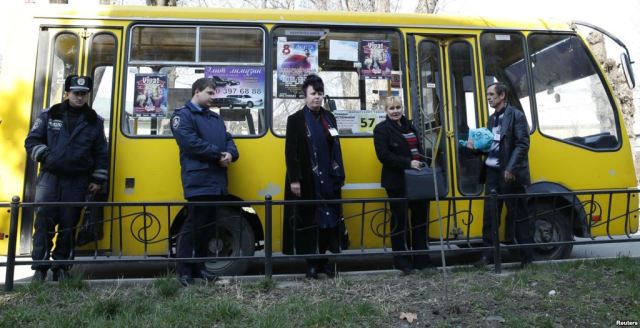 According to the Registrar of the International Criminal Court (ICC), Herman von Hebel, Ukraine has accepted ICC jurisdiction over alleged crimes that occurred on Ukrainian territory between between 21 November 2013 and 22 February 2014. This limited period covers government attacks on protesters in the Maidan and, notably, the time before Crimea was annexed by Russia.

Prevailing wisdom (see here, for example) suggests that the ICC – if it chose to intervene – would target the big bad Russian-backed Ukrainian thugs who have destabilized Ukraine. Indeed, when MPs in Ukraine first declared that they would seek ICC intervention, they specifically sought to target former Ukrainian President Viktor Yanukovych. The former President, who has basically disappeared in recent weeks, has already had an arrest warrant issued for him by Ukraine’s Interior Ministry. Ukrainian authorities may also have been prodded by their European Union allies. The recent EU-Ukraine Association Agreement declares that:

The Parties shall cooperate in promoting peace and international justice by ratifying and implementing the Rome Statute of the International Criminal Court (ICC) of 1998 and its related instruments.

Still, Russia may not be as opposed to an ICC investigation in Ukraine as we may think. According to RT, some Russian MPs are actually pushing for the ICC to investigate Ukrainian ultra-nationalists:

A majority party MP has asked Russian investigators to prepare an official letter to the ICC describing crimes by members of Ukrainian nationalist groups – including the infamous Right Sector – and asking they be recognized as extremist.

The author of the initiative, MP Mikhail Markelov (United Russia) has told Izvestia daily that both the Right Sector and another mass Ukrainian nationalist organization, UNA-UNSO, have long and rich histories of involvement in various military conflicts…

…Markelov told the newspaper that in his view this record was enough to make the International Criminal Court in The Hague issue a verdict recognizing the nationalist groups as extremist and ensuring an international status of political outcasts for them. 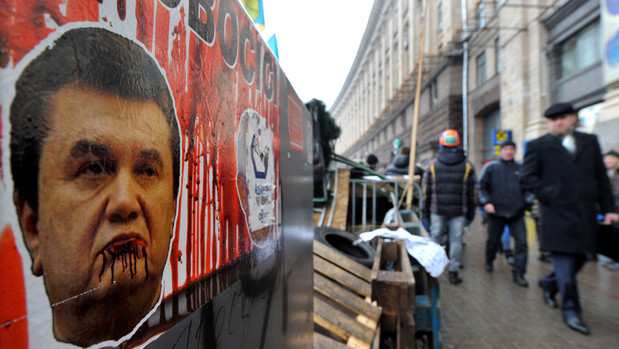 Here, it is important to recall leaked discussions (by European leaders) suggesting that some of the attacks on civilian protesters in Kiev were committed by the opposition and not pro-Yanukovych or pro-Russian forces. But irrespective of the legal merits of Markelov’s arguments, it shouldn’t be altogether shocking that Russian officials would welcome an ICC intervention. Russia is already heavily involved in another ICC case, namely the Court’s preliminary investigation into the August 2008 war between Russia and Georgia.

Russia is convinced that they were right (and legally mandated) to protect ethnic Russian civilians in South Ossetia and Abkhazia and that Tbilisi bares primary responsibility for any alleged crimes committed during the war. As a result, Moscow has not been opposed to the ICC’s involvement in investigating the conflict, likely seeing the Court as a means to adjudicate ultimate guilt and responsibility for the war. Sound familiar?

If the ICC does open an investigation into events in Ukraine between 21 November 2013 and 22 February 2014, Russia will almost certainly cooperate with the ICC. It will do so selectively, of course, likely by swamping the Prosecutor’s office with evidence of alleged Ukrainian abuses. Russia did precisely that in the case of Georgia. At the same time, Moscow likely won’t be very worried that Ukraine is backed by the West. After all, so too was Georgia.

Of course (and as the ICC stressed in its statement), the acceptance of jurisdiction does not mean that the Office of the Prosecutor will open an investigation – let alone request that arrest warrants be issued. Indeed, it seems unlikely that it will do so any time soon. Ultimately, the ICC’s Prosecutor decides how fast to move. In situations like Libya, the Court moved from accepting jurisdiction to issuing arrest warrants with unprecedented speed. In most cases though, it takes years. 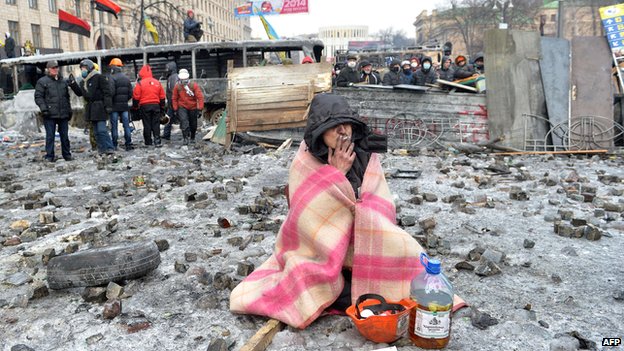 In the case of Ukraine, the Prosecutor will likely judge the situation as being too ‘hot’ and as involving too many major power interests. Many at the Court are wary of becoming embroiled in rushing into another high-stakes conflict. Moreover, the Prosecutor may not want to give the appearance of disrupting ongoing and fragile negotiations aimed at minimizing the potential of continued violence and instability. Again, however, even if the ICC did decide to open an investigation in Ukraine, it isn’t a foregone conclusion that Russia would be opposed. It is notable that Moscow hasn’t said anything that suggests it would be against an ICC intervention. And they may just see it as an opportunity to make their case.

States and international organizations like the UN Security Council tend to believe that if they are the ones who refer a situation to the ICC, then their adversaries will be in the Court’s crosshairs. The ICC’s record to date bares this out, giving states and international organizations reason to believe that they are right. Self-referrals by states have only led to prosecutions of non-state actors. Security Council referrals had tended to focus the Court on governments the Council agrees should be sanctioned. But at some point, as the Court matures and gains confidence, this pattern should (indeed must) break. Just because the current government in Ukraine has accepted the Court’s jurisdiction doesn’t mean that it itself or its allies will escape ICC scrutiny.

Mark Kersten is a consultant at the Wayamo Foundation, a Senior Researcher at the Munk School of Global Affairs, and a law student at McGill University Law School. He is also author of the book, 'Justice in Conflict - The Effects of the International Criminal Court's Interventions on Ending Wars and Building Peace' (Oxford University Press, 2016).
View all posts by Mark Kersten →
This entry was posted in International Criminal Court (ICC), Russia, Ukraine. Bookmark the permalink.