With the backdrop of the failed referral of Syria to the International Criminal Court (ICC), Jonathan O’Donohue joins JiC for this very timely and critical take on the Security Council’s record of (not) referring situations to the ICC. Jonathan is a legal advisor in the International Secretariat of Amnesty International. 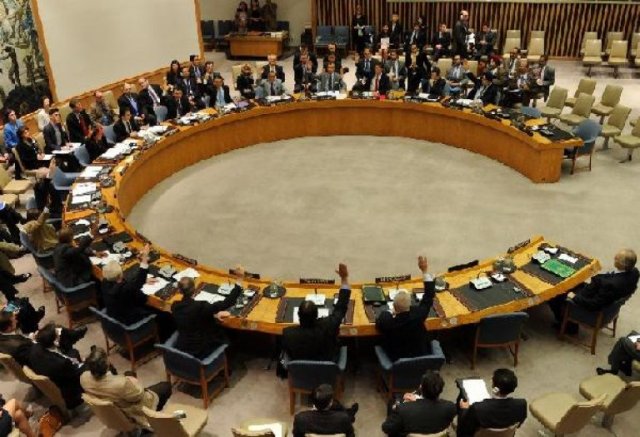 Yesterday, China and Russia vetoed a Security Council resolution to refer war crimes and crimes against humanity committed in the conflict in Syria to the Prosecutor of the International Criminal Court (ICC). Their decision is a massive setback to efforts to ensure international justice for the Syrian people and the international initiative to end impunity for such crimes.

The failure of the resolution sends a dangerous message to all sides of the conflict in Syria that, despite the rhetoric by the UN Security Council on “the need to end impunity”, they can continue to commit horrific crimes with no real or immediate risk of being brought to justice.

This is the first time a referral has been vetoed and the Security Council has in the past referred Darfur and Libya to the Prosecutor. However, statements delivered following yesterday’s vote show that its permanent members are currently deeply divided on the issue of referrals. Therefore, it may be a long time before we see another referral to the ICC Prosecutor. If that is the case, there are many other situations where crimes are currently being committed with impunity in countries that have not ratified the Rome Statute that will be beyond the reach of the ICC.

The double veto does nothing save seek to protect those in the Syrian government, its armed forces and the armed groups from international justice. Russian officials stated that a referral would be “counterproductive” to efforts to resolve the conflict, ignoring the fact that since 2011 war crimes and crimes against humanity have been committed with complete impunity. There is no end in sight to the bloodshed. The referral would no doubt have been met with a strong reaction from the Syrian government and armed groups participating in the conflict who currently benefit from impunity. But it may have forced the individuals who are orchestrating, planning and ordering the crimes to think twice about continuing their actions and the consequences of doing so.

Russia also argued strongly, referencing the experience in Libya, that the proposed referral is an effort to lay the groundwork for outside military intervention. Without getting into the merits of its claims or calls for external military intervention, the Security Council should be able to take action under Chapter VII to refer situations to the ICC independently of any decisions it takes relating to the use of force. The military intervention in Libya was based on Security Council Resolution 1973, not on Resolution 1970 which referred the situation to the ICC Prosecutor. 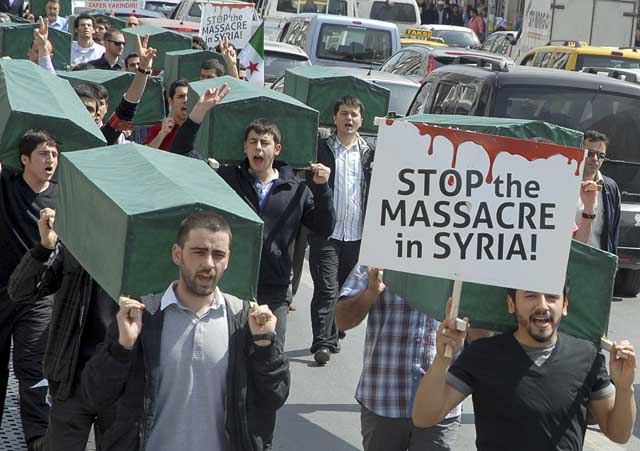 Russia also implied that there are double standards within the Security Council regarding referrals. Here it was right to do so. The insistence by the USA that all referrals contain an exemption clause seeking to preclude the ICC from exercising jurisdiction over US nationals (and the nationals of other countries which have not ratified the ICC’s Statute) accused of crimes in those situations is unacceptable. The clause is inconsistent with the Rome Statute, which provides that the ICC can investigate and prosecute, regardless of nationality, all persons accused of committing crimes in a situation where it has jurisdiction, if there are no genuine national proceedings against them. It is therefore also at odds with one of the key purposes of the United Nations to “establish conditions under which justice and respect for the obligations arising from treaties and other sources of international law can be maintained.” But these clauses do not justify the decision to veto the Syria referral. Instead, the members of the Security Council should make a strong stand, as Argentina did yesterday, demanding that this language be removed from future resolutions.

It should also be pointed out that, while Russia and China have vetoed the referral of Syria and they have already indicated they will not support a referral of the Democratic Peoples’ Republic of Korea, they are not the only members of the Council blocking referrals. The UK and USA staunchly oppose the Security Council even considering a referral of the situation in the Occupied Palestinian Territories to the ICC Prosecutor. In particular, in March 2011, both voted against a UN Human Rights Council resolution which called for the Security Council to consider the step. The focus of permanent members on protecting their individual geopolitical interests and alliances over their mandate to maintain international peace and security is extremely damaging to the credibility and effectiveness of the Security Council and must be confronted. But, again, it does not justify yesterday’s veto.

It must also be recognized that the proposed Syria referral, like Resolutions 1593 on Darfur and 1970 on Libya, was significantly flawed. The resolutions only require states that have ratified the Rome Statute and the government of the situation being referred to cooperate with the Court. As non-states parties to the Rome Statute, China, Russia and the USA refuse to accept any obligations to cooperate with the ICC. Instead, the Security Council’s resolutions only “urge” them, and other governments that have not ratified the Rome Statute, to cooperate with the ICC. Unsurprisingly, in many cases, governments have thumbed their noses at the ICC’s requests. For example, in June 2011, China joined the list of countries who have welcomed ICC fugitive Sudanese President Omar al-Bashir – who is charged with genocide, crimes against humanity and war crimes in Darfur – and refused to arrest and surrender him to the ICC. On several occasions, the ICC has reported states refusing to cooperate with Omar al-Bashir’s arrest to the Security Council. But, the Security Council has failed to even formally consider, let alone act on, any of those reports.
Supporting the fight against impunity should be one of the Security Council’s key goals. And ICC referrals should be one of its most effective tools in responding to war crimes, crimes against humanity and genocide. Yet, driven by the self-interest of some of its permanent members, time and again the Security Council has failed victims and undermined international justice efforts. Vetos should never again be used to block referrals of situations where these crimes are being committed to the ICC Prosecutor. It can only be hoped that, following yesterday’s decision, all members of the Security Council will reflect on the damaging precedents that are being set and work together to ensure that consistent and effective referrals are made in the future.

In the meantime, the people of Syria continue to die in a conflict whose parties respect few rules. Victims from Darfur, who hoped an ICC referral may bring justice, continue to suffer and wait.

Mark Kersten is a consultant at the Wayamo Foundation, a Senior Researcher at the Munk School of Global Affairs, and a law student at McGill University Law School. He is also author of the book, 'Justice in Conflict - The Effects of the International Criminal Court's Interventions on Ending Wars and Building Peace' (Oxford University Press, 2016).
View all posts by Mark Kersten →
This entry was posted in Guest Posts, International Criminal Court (ICC), Syria, UN Security Council. Bookmark the permalink.