Sudan, South Africa and the future of the International Criminal Court in Africa 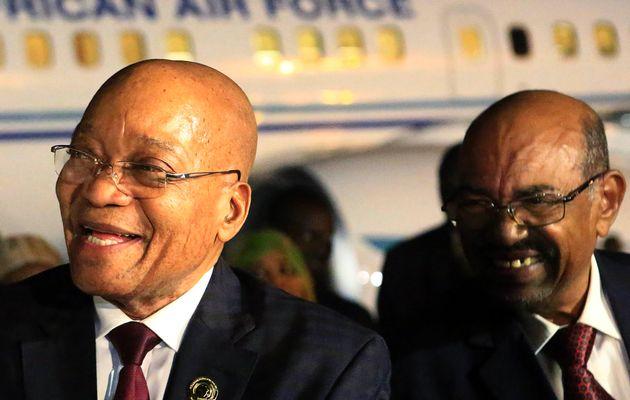 Many believe Sudan’s President Omar al-Bashir is the person most responsible for the alleged genocide in Darfur. As such, he isn’t supposed to travel freely around the world. But this past June, Bashir visited South Africa for an African Union summit. His trip flew in the face of the International Criminal Court (ICC), which has issued orders for his arrest on charges of crimes against humanity, war crimes and genocide. South African officials now openly talk about leaving the ICC over a perception that it is biased against Africa. What will the political fall-out of Bashir’s visit mean for South Africa, its role in international relations and its relationship with the ICC?

The South African government’s response to Bashir’s visit carried significant reputational costs, and sparked a domestic political crisis. The country was the target of widespread condemnation and criticism. The New York Times described South Africa’s behavior as “disgraceful,” while the Economist wrote that the episode signaled that “Nelson Mandela’s legacy has been soiled.” But why has South Africa risked besmirching its international reputation? And why, in the legal and political maneuvering that followed, has it thought it necessary to jump through all of these legal hoops in order to satisfy the international community and the ICC that it is in the right?

Part of the promise of a permanent regime of international criminal justice is that it will isolate the world’s worst perpetrators of mass atrocities. The marginalization of Bashir was supposed to be a success for the organization. Not long ago, the Court’s former chief prosecutor Luis Moreno-Ocampo proudly declared that Bashir “is not under house arrest, he is under country arrest.” In the past few weeks, however, Bashir has visited two of the BRICS (South Africa and China) and been invited to a third (India). His recent state visit to Pretoria presents a stark challenge both for diplomats as well as scholars and observers of international criminal justice.

During and since Bashir’s visit, South Africa has been seeped in legal and political controversy. Domestic actors and institutions, including human rights advocates and legal clinics, have demanded action. A local high court subsequently ruled that the government had violated not only its international obligations to the ICC but, crucially, its own domestic statutes. That ruling was upheld on appeal. The crisis precipitated an unprecedented tête-à-tête between the country’s judiciary and executive leaders, and has seen the word “impeachment” bandied about. Taken together, South Africa’s responses, both legal and political, have been, to put it politely, creative.

First, the government’s legal representatives proclaimed that they didn’t know where Bashir was, even as Bashir’s official convoy drove through the cleared-out and closed streets of Pretoria. As proceedings endured and Bashir’s plane lifted off, those same lawyers finally admitted that Bashir had fled.

There have also been suggestions that Sudanese troops surrounded a contingent of South African peacekeepers based in Darfur and strong-armed South Africa into ensuring Bashir’s safe departure. The government wisely chose not to promote this as an excuse for its actions, as it would have portrayed South Africa as a vulnerable and impotent state at the whim of Khartoum’s belligerence.

Most recently, the government shifted gears yet again. Last week it maintained that, because it did not have an opportunity to reply to the ICC’s initial legal order to arrest Bashir, “South Africa is of the view that a serious infringement of South Africa’s rights as a State Party has taken place and that the Court has acted against the letter and spirit of the Rome Statute.” In other words, the government is arguing that because it didn’t have a chance to negotiate its obligations to the ICC under its own domestic law, the ICC and not the government actually violated the Rome Statute.

While some officials have threatened that South Africa will withdraw from the ICC, the government’s shifting tactics demonstrate that it is truly concerned about this case. As one legal advisor to the government opined, “If it were true that the [South African] government didn’t care about the rule of law, then they wouldn’t appeal… To appeal when they don’t really have to is an indication that law is important.”

One South African Member of Parliament called the governing African National Congress “a lawless regime,” and while ruling that the government had broken its own laws, Judge Dunstan Mlambo said, “If the state… does not abide by court orders, the democratic edifice will crumble stone-by-stone until it collapses.” In addition, there is a very real chance that advisers and government officials could face criminal charges for allowing Bashir onto South African soil and permitting him to leave.

The driving force behind this confused response lies in South Africa’s positioning as an emerging power, one that must balance its potential global leadership with its regional roles. As one South African scholar argued, as far back as 2009 “South Africa has struggled to balance its identity between that of an African regional power and a global moral leader… [and] through its ambivalence, South Africa is implicitly privileging continental solidarity over its waning moral authority.”

Should the United Nations Security Council ever be reformed, South Africa is a shoo-in for one of its permanent seats. But getting that plum position would require effectively representing Africa, and the African Union’s, goals. One of those aims, especially since the ICC’s attempted-and-failed prosecution of Kenyan President Uhuru Kenyatta, is to revisit the continent’s relationship with international criminal justice. South Africa thus finds itself in a quandary, needing to maintain its presence as a respected emerging power as well as a regional powerhouse. The Bashir fiasco suggests the country is not managing that balance particularly well.

South Africa has never had the squeaky-clean human rights and international justice record that some in the West attribute to it. Yes, this is the country that brought us the humility of Nelson Mandela and a graceful exit from Apartheid. But it is also the state that welcomed and celebrated the rule of Muammar Gaddafi, the Libyan despot who himself was indicted by the ICC for war crimes and crimes against humanity.

We should never assume that, in balancing its interests in Africa and on the global stage, South Africa’s support for international justice and human rights is guaranteed or unwavering. Instead, South Africa’s behavior can be understood as that of a state stuck at the epicenter of an unwieldy collision between the aspirations of international criminal justice, on the one hand, and the shifting political prerogatives of an emerging power on the other.

A version of this article was originally published for the Monkey Cage blog at the Washington Post.

8 Responses to Sudan, South Africa and the future of the International Criminal Court in Africa