Yes, the ICC is in Crisis. It Always Has Been.

It has become increasingly common for scholars and observers of the International Criminal Court (ICC) to state that the ICC is in “crisis”. Conference panels, a host of academic articles, news pieces and op-eds seem drawn towards posing some variation of the questions: “is the ICC… in crisis? …irrelevant? …legitimate?”

There is much merit to the debate. It acts as a useful organizing principle around which to analyze the challenges facing the Court and international criminal justice more generally. Moreover, there is little point in denying the fact that the ICC has experienced a contentious few years and that criticisms of the Court are well-placed.

Just Some of the ICC’s “Crises”

Former Chief Prosecutor Luis Moreno-Ocampo may have put the Court on the map of international politics but he also consistently gave his office the impression of being overtly political and biased. The Court’s first trials were rocky. The trial of Thomas Lubanga was almost dismissed twice on the basis that the prosecution had violated the defendant’s right to a fair trial. In October 2014, the prosecution of  Kenyan President Uhuru Kenyatta collapsed. Many predict a similar fate for Vice President William Ruto. Still others believe that the Court is, in fact, fortunate to not have to prosecute Sudanese President Omar al-Bashir because the Prosecution simply isn’t ready for that kind of a trial.

At the same time, the ICC has been unable or unwilling to open official investigations into states outside of the African continent and doesn’t have access to key situations where, rightly or wrongly, many expect it to intervene – places like Syria, Sri Lanka and North Korea. All the while, the ‘big fish’ indicted by the ICC, such as Joseph Kony of the Lord’s Resistance Army and al-Bashir, roam free. The Court’s arrest warrants against them often appear to be something between a minor nuisance and an opportunity for them to prove their recalcitrance to the international community. To top it off, the Court’s outreach remains weak. Despite two years of apparently ongoing web design, the ICC’s website remains as inexplicably user-unfriendly as ever and the Court’s social media engagements are virtually non-existent.

If we stopped there, it would be impossible not to conclude that yes, the ICC is in crisis. However, that would be unsatisfactory because the debate regarding the ICC being in crisis misses a crucial point: the ICC has always been in crisis and is the kind of institution and project that needs to be in crisis. The question we should be asking is thus: how is the Court managing the diverse array of crises it confronts?

A Court in Perpetual Crisis

Part of the problem of viewing the ICC as being “in crisis” is that it suggests that the Court has “entered” a period of crisis. But the historical record bears out a Court that has existed in a succession of crises since its inception.

When diplomats gathered in 1998 negotiate the Rome Statute, the ICC was already in crisis. Proponents and negotiators were palpably nervous, scrambling to find compromises on crucial issues. Would and could the Court be independent of the Security Council? Would the major powers – the US, China, India, Russia, etc. – kibosh negotiations? Was the world ready for an independent and permanent international criminal court? While compromises were found, even when the Statute was accepted by a vast majority of states in Rome, there was still no clear sense that the Court would ever become a functioning reality. The possibility that it would be nothing more than a paper tiger was all too real.

Indeed, the 60th state ratification of the Rome Statute in 2002, which signaled the Court’s arrival as a functioning entity, came as something of a surprise to ICC supporters. Few, if any, thought the Court would become a reality so quickly. But the Court’s establishment was not only met with pomp and circumstance. There was also a real sense of insecurity in the early days of the institution’s existence. Staff that witnessed the birth of the Court will tell you, there was no guarantee that the ICC would last even a few years. 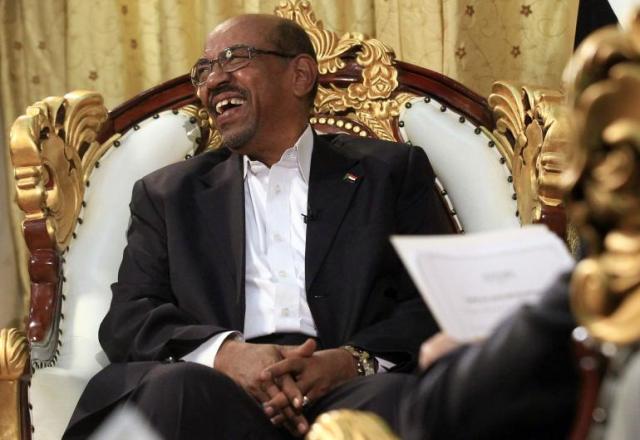 Omar al-Bashir, indicted by the ICC on charges of war crimes, crimes against humanity, and genocide, seems mostly unconcerned about the Court’s arrest warrant against him. (Photo: Mohamed Nureldin Abdallah / Reuters)

Their fears were not unfounded. Under the administration of George W. Bush, Washington notoriously levied a barrage of hostile measures to undermine the Court. Again, the ICC managed to survive this political crisis. For better or worse, in the second half of the 2000s, the relationship between the US and the ICC had thawed. Today the Obama administration speaks highly of its positive engagement with the Court and has voted, from its perch in the UN Security Council, in favour of ICC interventions in Libya and Syria.

As noted above, the ICC also experienced crises in its first trials, especially the Lubanga and Kenyatta trials. Its first interventions at the behest of the UN Security Council were likewise deeply contentious. The Court readily accepted politically tailored referrals from the Security Council, presumably convinced that the cost was worth it if the Council enforced any arrest warrants the ICC subsequently issued. Yet the ICC has ended up with almost nothing to show in both situations referred to it by the Security Council – Darfur (2005) and Libya (2011). In late 2014, ICC Prosecutor Fatou Bensouda went so far as to suspend her office’s investigation of Darfur over the lack of Council interest in supporting the Court’s mandate.

The ICC as a Crisis Manager

ICC advocates often reply that much of the Court’s crises are not of the institution’s own making but rather the result of an international community unwilling to back the still young institution. This is only partly true. While the ICC does not exist outside of international politics and does depend mightily on the support and cooperation of international actors (especially states), it also has institutional agency and thus the ability to choose between a series of options as it manages the crises it faces. So how does the ICC navigate and learn from the crises it faces?

Here, it will come as no surprise that the Court’s record is a mixed bag of successes, failures and open promises. As David Bosco has eloquently described, the Court has demonstrated to the US that it would not step on Washington’s political toes and would avoid intervening in situations where the US had long-standing interests. In response, the US has engaged increasingly (albeit very selectively) with the Court. The ultimate wisdom of this position of “mutual accommodation” remains to be seen, as does how the US-ICC relationship will be affected by the Court’s investigation into Palestine and the use of “enhanced interrogation techniques” by US citizens in Afghanistan.

On its relationship with the UN Security Council, the ICC’s record is also mixed. There is a widespread consensus that both Security Council referrals of situations to the ICC (Darfur in 2005 and Libya in 2011) have done more damage than good to the ICC. Frustratingly, however, the Office of the Prosecutor has not taken the opportunity to take a clear position on the subject or seek clarification for highly politicized referrals by the UN Security Council that exclude citizens of non-member states from ICC investigation and prosecution. The Prosecutor can and should seek the opinion of Judges at the ICC. There is even a precedent for this. When Uganda attempted to refer the Lord’s Resistance Army to the Court, the Office of the Prosecutor requested that ICC Judges interpret the referral as meaning “the situation in northern Uganda”.

On the other hand, the Prosecutor has shown a welcome and public frustration with the Security Council’s lack of interest in backing its referrals. In late 2014, Prosecutor Fatou Bensouda told the diplomats that she was pressing pause on the Court’s investigation in Darfur. She had some choice and appropriate words for a dithering Council:

“Given this council’s lack of foresight on what should happen in Darfur, I am left with no choice but to hibernate investigative activities in Darfur as I shift resources to other urgent cases… What is needed is a dramatic shift in this council’s approach to arresting Darfur suspects.”

On its relationship with the African continent which, it should be noted, began to deteriorate at almost the exact same time as the Court’s relationship with the US began to improve, the ICC has essentially kept to its pre-recorded message that: the Court has preliminary investigations outside of Africa; the institution is apolitical; the anti-ICC sentiment is the work of a select cabal of autocratic dictators hell-bent on undermining the ICC; and that, because so many African states originally joined the ICC, the institution is something akin to a Court for Africa. It is impossible to conclude that any of these messages have helped to ameliorate the relationship between the Court and African states.

Lastly, in terms of its troubled prosecutions, the Prosecutor has issued what many view as an impressive new strategic plan. The publication of the report detailing the strategy is, in itself, an implicit admission that cases were poorly built and investigated in the past. While this demonstrates a welcome degree of learning on the part of the Office of the Prosecutor, there is an obvious need not to count the chickens before they hatch. It remains to be seen whether the new strategy will dramatically improve the Office’s cases and prosecutions. It is notable that, despite both Domininc Ongwen and Bosco Ntaganda recently being surrendered to the ICC, not a single trial-stage prosecution has begun in the three years of Bensouda’s tenure and so the new strategy remains largely untested.

Beyond “is the ICC in Crisis?”

The ICC is the kind of institution that will be in crisis and needs to be in crisis. The Court pushes up uncomfortably against other political actors in international relations. Sometimes, it doesn’t push up uncomfortably enough. But even critics can acknowledge that the Court is at the fore of a novel and inherently contentious project that many political actors would like to see leashed, marginalized, or even eviscerated. More to the point, if the ICC weren’t in crisis it would have little-to-no need to exist. The real question, again, is how the Court manages the crises it confronts. As noted above, its record in crisis-management is mixed. This should come as no surprise but requires constant scrutiny.

It is also important to realize, as Darryl Robinson eloquently reminds us, that there is no “just right” approach for the ICC. The Court speaks to a host of constituencies, not all of whom are commensurable. In analyzing how the ICC navigates crisis, Robinson’s refreshing and realistic perspective seems particularly apt:

ICC officials must choose among imperfect and assailable options. The interesting conversation is not just to show that some particular choice is flawed, because they all are; it is to discuss how to choose among the flawed options. The deep tensions at the heart of the project are impossible and beautiful and frustrating and inspiring. But, as a final paradox, the impossibility of the project need not undermine its necessity.

Mark Kersten is a consultant at the Wayamo Foundation, a Senior Researcher at the Munk School of Global Affairs, and a law student at McGill University Law School. He is also author of the book, 'Justice in Conflict - The Effects of the International Criminal Court's Interventions on Ending Wars and Building Peace' (Oxford University Press, 2016).
View all posts by Mark Kersten →
This entry was posted in International Criminal Court (ICC). Bookmark the permalink.

18 Responses to Yes, the ICC is in Crisis. It Always Has Been.