A Portrait from The Hague: All You Need to Know About What Laurent Gbagbo Wants You to Know

Not all ICC indictees spend their days awaiting trial by writing self-serving biographies. But that is exactly what Laurent Gbagbo, the former President of  Côte d’Ivoire, has done. Sophie T. Rosenberg joins JiC for this  post on Gbagbo’s recently published book. Sophie is a PhD candidate and Gates Cambridge Scholar at Cambridge University, conducting research on the politics of international justice in Côte d’Ivoire and Mali. 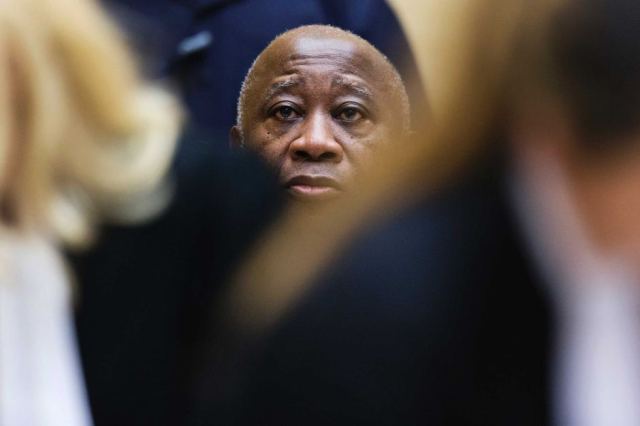 Laurent Gbagbo, president of Côte d’Ivoire between 2000 and 2010, holds the dubious honour of being the first former head of state to face trial at the International Criminal Court (ICC). Yet, according to interviews with him by French journalist François Mattei, Gbagbo appears confident that his trial for crimes against humanity committed during the 2010-2011 post-election crisis could finally shed light on what really happened.

Published in 2014, over two years after Gbagbo’s transfer to The Hague, For Truth and Justice: Revelations on a French Scandal features extensive passages from the journalist’s conversations with Gbagbo over several years, during which the former president seeks to set the record straight – according to him. Though later changed, the book’s first version even listed Gbagbo as a co-author.

Since Gbagbo retains strong influence and many dedicated followers in Côte d’Ivoire, understanding his viewpoint (albeit a clearly biased one) is crucial for grasping the trial’s significance for both pro-Gbagbo and pro-Ouattara Ivoirians. Without endorsing or challenging the account, in this post I want to sketch out the self-portrait that Gbagbo would like his readers to see. So, beyond a defendant accused of international crimes, how does Laurent Gbagbo want to be seen and how does he view his trial at the ICC?

More than just Defendant – A Defender

First, Gbagbo wants to distance himself from the portrait that was painted of him, one of a power-hungry dictator and tyrant whose refusal to cede power to the 2010 election’s winner triggered a period of violent unrest that claimed the lives of over 3,000 people. Rather, Gbagbo wants to be seen as the lawful, democratic leader whose efforts to reconcile the country were stunted by what he sees as disingenuous rebels who enjoyed support from France, the former colonial power, and who now govern the country.

Second, in his mind, he is a rare African leader who stood up to France but was never anti-French. He argues that his transfer to The Hague is the dénouement of a political contest that had already been “fixed” by France. His trial is thus just another episode in a perennially fraught relationship between Gbagbo and Côte d’Ivoire’s former colonial rulers. But, for a politician as experienced and eloquent as Gbagbo, the defendant’s seat at the ICC provides him a political pulpit from which he’d like the truth, or at least his truth, of the 2010-2011 crisis to come to light.

A Man of Peace & Democracy

In his interviews from jail, sensing he is the victim of a campaign of character assassination, Gbagbo throws an oft-repeated accusation at the ICC: that his detention is purely political. According to Gbagbo, his record shows that he has always been committed to peace and democracy. For example, Gbagbo writes that he issued a general amnesty after the 2002 attempted coup as a “message of peace” and “always chose to speak to everyone”. He insists that he made many concessions during negotiations with “the rebels” throughout the 2002-2010 civil war, even accepting the leader of the rebellion, Guillaume Soro, as his Prime Minister in 2007.

He equally challenges the accusation that he ignored the will of the people, maintaining instead that he has always been a pro-democracy activist, even going to jail for his views. In 1992, after participating in a political demonstration promoting multi-partyism, Gbagbo was detained for six months on the orders of none other than then-Prime Minister Alassane Ouattara. Once he became president in 2000, Gbagbo voided an international arrest warrant – purportedly in the spirit of democracy – that had previously been issued against Ouattara. But in 2011, in bitter irony for Gbagbo, he found himself behind bars on the orders of President Ouattara. Though it is clearly up for debate, the imagery of Ouattara sending Gbagbo to jail twice is salient in the Ivoirian political consciousness. For many, Gbagbo’s political activism has landed him, yet again, in jail. And this time, it’s “chez les blancs” (“with the whites”), as some Ivoirians have described it to me.

Many people know there is a tunnel in Abidjan, “the most famous tunnel on the continent”, that links the residences of the Ivoirian president and the French ambassador. Pointing to the tunnel as a symbol of undue French influence, Gbagbo argues that he vociferously defended Côte d’Ivoire’s sovereignty against French policies that kept his country in an anachronistic cage more reminiscent of the colonial era than of the 21st century. Against neo-colonialism, Gbagbo challenged the use of the West African franc (which is pegged to the Euro) as the national currency, the continued presence of the French army in the country, and the heavy French influence over the Ivoirian economy.
For him, in this context of persistent Françafrique, ending up in The Hague was the unfortunate but not entirely unforeseeable result of having overly rattled that cage. “Rocking the boat, opposing diktat, it’s not easy. What has happened to me is an illustration of this.” In his first appearance at the ICC, Gbagbo challenged the idea that he was arrested by Ivoirian officials, arguing instead, “I was arrested under French bombs… France is the one who did the work.”

Throughout the book, however, Gbagbo insists that he is not anti-France per se. Making this distinction allows Gbagbo to rise above what can be seen as antagonism plainly based on disdain and spite for the former colonial power, and elevates his criticism to one based on national sovereignty and economic independence. As evidence, Gbagbo reminds us that he was in fact named after a certain Captain Laurent from the French army. Gbagbo’s father, who served in the French army in Normandy in World War II, chose to name Laurent Gbagbo in homage to his captain, who was killed in battle. Also, in a wink to the esteem France holds for its literary culture, he twice laments the fact that French forces destroyed what may be the “greatest collection of French classics” in all of Africa when they bombed his residence.

“A trial will reveal the truth”

Gbagbo, who holds a doctorate in history from University of Paris-Diderot, is not the only published author on trial at the ICC. Shortly before his transfer to the ICC, Gbagbo’s co-accused Charles Blé Goudé wrote Traquenard Electoral (Electoral Trap), published by L’Harmattan. The two books attracted scrutiny by the UN Group of Experts, concerned that royalties paid to Gbagbo and Blé Goudé would violate UN sanctions on them. In a follow-up post, I will address Blé Goudé’s account, which is written as a plea to a fictional judge and, like Gbagbo’s book, serves as a preview to the trial.

What can we expect from the Gbagbo-Blé Goudé trial? As we saw in the confirmation of charges hearings, the defence team will not focus exclusively on disproving the accusations of their responsibility for the specific crimes. They will likely highlight the role of France and the actions of the opposing Ouattara camp, which has also been accused of grave crimes.

Note: Author’s English translations from the original French are not official.

3 Responses to A Portrait from The Hague: All You Need to Know About What Laurent Gbagbo Wants You to Know