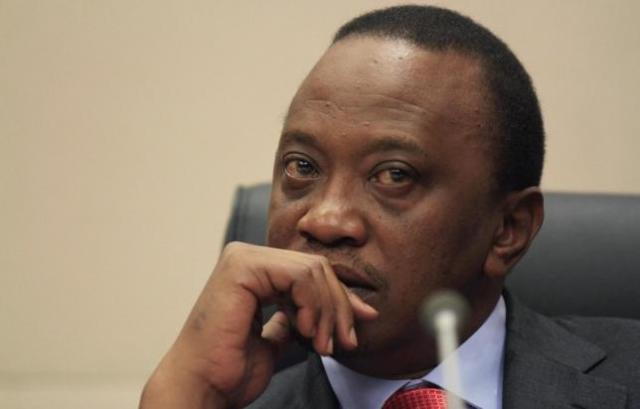 The Kenya – New York Times saga continues. For those of who haven’t had a chance to follow, here’s a recap:

That brings us to today. Kenyan media is reporting that Itumbi is threatening to sue the New York Times. Itumbi, Kenyatta’s director of digital innovations and diaspora communications, was named in Verini’s account as someone who had been “investigated (though not charged)” by the ICC over alleged witness interference. In its defence of Verini’s exposé, the New York Times insisted that “Itumbi’s investigation by the International Criminal Court is a matter of public record. As Verini’s article notes, he was not charged.” Now, according The Star, Itumbi is seeking legal action against the Times:

…He asked the media house to apologise or face a defamation suit over making references to him in the article, saying he was not interviewed.

In a letter to the media house on Thursday, Itumbi’s lawyers said the “offending words” were false since their client was not interrogated on any subject.

“You did not contact our client to comment on the issue contrary to your assertions. Your publication was therefore malicious and part of your sustained policy and your self-serving vendetta,” said lawyer Moses Chelanga.

Chelanga said the publication was calculated to disparage and injure Itumbi’s reputation and cause him scandal, odium and contempt in his personal capacity.

He said the Times portrayed Itumbi as one who interfered with the ICC witnesses protection programme.

He also said the media house made it seem the former director “exposed ICC witnesses; killed, abducted and enforced disappearance of ICC witnesses; bribed ICC witnesses; interfered with administration of justice; sabotaged the situation of the Republic of Kenya in the ICC [and] is corrupt.”

The lawyer said his client’s reputation and status as a long-standing public servant have been seriously damaged.

“He has suffered considerable distress and embarrassment to himself, his career, his calling, and his family,” said Chelanga.

Itumbi asked New York Times to admit liability for the “false and malicious publication” and remove the words he found offending from the online post.

His lawyer said the apology should be published by the media house, after they approve the text.

Chelanga further said the Times will be held liable for the injury and loss Itumbi suffers. He said the amount will be communicated in due course.

It seems extremely unlikely that Itumbi will get any sort of apology from the Times. In the very same section of Verini’s piece where he describes the fact that Itumbi works in Kenyatta’s office despite being investigated (but again, never charged) by the ICC, Verini states that “Kenyatta’s office did not respond to requests for comment for this article”. In their defence of Verini’s article, the Times reiterated that it the author had consistently attempted to consult with the government on his piece: “Verini attempted on numerous occasions over the course of months to solicit comment from Kenyatta’s office through official communications channels… Throughout this process, Kenyatta’s representatives were informed of the subject of the article and did not at any point address it.” It added that scheduled meetings were canceled and that many attempts to contact government staff for comment were ignored.

One thing this ongoing controversy will do is keep allegations of witness tampering in the news — something surely to frustrate Kenyatta and other government officials who insist that there has never been witness tampering in Kenya. But how, indeed if, the New York Times responds, as well as the reaction of the government, once Kenyatta returns to Nairobi, remains to be seen. Stay tuned.

This story has involved a number of remarkable, controversial, and dramatic turns. For more, see:

– A Brutally Honest Confrontation with the ICC’s Past: Thoughts on ‘The Prosecutor and the President’
– A Comment In Defence of Luis Moreno-Ocampo
– Kenya’s President Rips into New York Times Article Largely Favourable to Him
– The New York Times Shoots Back, Won’t Apologize to Kenyatta for ICC Story
– As New York Times – Kenya Controversy Continues, Kenyatta Suspends Four Staff
– It Continues… Kenyatta’s (Suspended) Communications Staff Threatens to Sue New York Times

Mark Kersten is a consultant at the Wayamo Foundation, a Senior Researcher at the Munk School of Global Affairs, and a law student at McGill University Law School. He is also author of the book, 'Justice in Conflict - The Effects of the International Criminal Court's Interventions on Ending Wars and Building Peace' (Oxford University Press, 2016).
View all posts by Mark Kersten →
This entry was posted in Kenya, Kenya and the ICC and tagged Dennis Itumbi, Uhuru Kenyatta. Bookmark the permalink.