Five Things to Know about the ICC’s Afghanistan Investigation

With the International Criminal Court (ICC) on the verge of opening an investigation into Afghanistan, much has been written about how this might affect Canada. Could the investigation focus on the role of Canadian officials in surrendering detainees who were subsequently tortured by Afghan authorities? How should Canada balance its support for the  Court with its diplomatic proximity to Washington? This post, originally published at Open Canada, covers five things that the Canadian and the Canadian government needs to know about the ICC’s looming investigation. 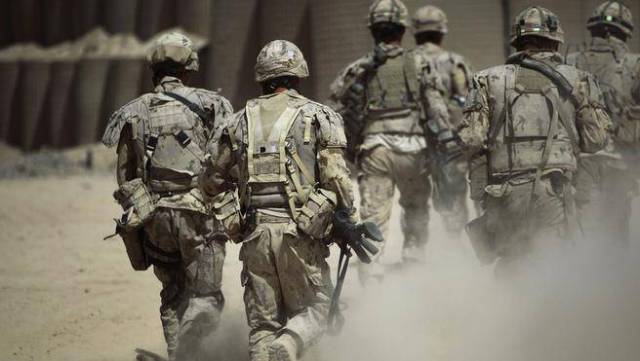 Canadian soldiers in Afghanistan, in 2010. (Photo: The Chronicle Herald)

The Canadian government’s renewed and vocal support for the International Criminal Court (ICC) has received a tremendous amount of attention in recent weeks. Global Affairs Minister Stéphane Dion has spoken passionately about his support for the institution and his disappointment that three states (South Africa, Burundi, and The Gambia) have begun the process of withdrawing from the court. Earlier this month, Dion visited the ICC’s premises in The Hague and hosted the court’s chief Prosecutor, Fatou Bensouda, in Ottawa.

At the same time, Canadian activists and legal experts have continued their efforts to get Canada to be considered within the scope of an ICC investigation into torture and other war crimes in Afghanistan. Their focus is on the alleged crimes committed by Canadian officials in transferring detainees to Afghan authorities with the knowledge that they would subsequently be tortured during Canada’s military engagement in Afghanistan.

The prospect of such an investigation received new life when the ICC’s Office of the Prosecutor announced this month that an investigation into Afghanistan was “imminent.” From the court’s statements, it is evident that such an investigation will include alleged torture committed by U.S. forces, as a matter of “policy,” in Afghanistan. Will it include Canada’s involvement? What does it mean for the Trudeau government? And what does it say about the ICC? Here are the five takeaways to note so far.

1. The investigation is historic.

The historic nature of this development is worth stressing: in the history of international criminal justice, from the Nuremberg Tribunals to the present day, the ICC’s investigation in Afghanistan marks the first time a tribunal has sought to investigate and prosecute crimes perpetrated by U.S. nationals. Some assert this poses a threat to Canada’s revived passion for the ICC. Michael Byers, for example, argues that Canada will be “caught in the middle” with the government facing a stark choice: side with the U.S. government or side with the ICC. But we should not pose support for international criminal justice or our closest ally as a binary decision. What is needed is principled and smart diplomacy. More on that below.

2. Canada is unlikely to be under investigation by the ICC in the near future.

It is worth taking a step back and addressing the likelihood of Canadian forces being investigated by the ICC. With an official investigation looming, the possibility is now higher than ever. That much is undoubtedly true. Even if Canada is not currently on the ICC’s radar, investigations often have a life of their own and, without any domestic judicial activity to address alleged crimes by Canadian forces in Afghanistan, the long arc of justice could eventually be directed towards Canada.

For at least two reasons, however, Canada is unlikely to be a focus of the ICC in the near future. One, it is improbable that ICC investigators would be able characterize any possible crimes committed by Canadian forces (which are still in contention) as anything more than “aiding and abetting” the war crime of torture. Aiding and abetting is not a second-rate crime. Charles Taylor, the former President of Liberia, received a 50-year sentence for aiding and abetting war crimes and crimes against humanity in Sierra Leone. But in opening its momentous investigation into Afghanistan, the ICC has signalled that it is focused on the direct perpetration of atrocities — by the Taliban, by Afghan forces, and by U.S. officials. Second, prosecutors at the ICC (rightly) believe that states should receive fair warning of any impending investigation into the conduct of their military or governmental officials. In last year’s report on the court’s preliminary examination of Afghanistan, it listed alleged crimes perpetrated by “international forces.” In this year’s report, that language has been replaced with “U.S. armed forces and CIA.” There is no reference to Canada or Canadian forces.

3. The investigation could prompt a separate look at the detainee scandal.

None of this means that the ICC does not have any role in galvanizing accountability for the dark stain on Canada’s recent past that is the Afghan detainee scandal. The ‘long shadow’ of the ICC should be cast on Canada. But the court’s role should be to encourage the government of Justin Trudeau to finally establish a judicial body to investigate Canada’s role in the abuse of Afghan detainees. At some point, that may require signalling to the government that it at least could investigate Afghan detainee abuses and that it is monitoring the Canadian judiciary’s activities.

4. Canada does not have to choose between the ICC and the U.S. government

The ICC’s investigation of the conduct of U.S. forces in Afghanistan undoubtedly puts the Trudeau government in a political pickle. In this, Byers is absolutely correct. Donald Trump will inevitably defend U.S. forces and is very likely to call into question the court’s legitimacy. But the Canadian government need not and should not see its options as going all-in with the ICC (and against the Trump administration) or all-in with the U.S. (and rally against the court).

Indeed, the Canadian government has never seen international criminal justice in such stark terms, not even when the administration of George W. Bush was spending enormous resources on pursuing hostile policies with the aim of undermining and isolating the court and its supporters. At that time, the Canadian government managed to maintain a strong relationship with the Bush administration whilst being a leading proponent of the ICC. Moreover, Byers is incorrect in his suggestion that Republicans “have always opposed” the ICC. Many support the institution — but do so selectively, for example in its investigations of the likes of rebel leader Joseph Kony and Sudanese President Omar al-Bashir. With this in mind, it behooves the Canadian government to have a nuanced understanding of the complex machinations towards international criminal justice in Washington.

5. The Afghanistan case is not simply a response to the ICC’s perceived Africa bias.

Finally, while many will view the ICC’s intervention into Afghanistan as its chosen “road out of Africa” (and perceptions certainly do matter), this claim misrepresents reality. Investigators and analysts at the ICC have been examining alleged crimes in Afghanistan for many years, with the examination gaining significant momentum over the last 24 to 36 months. The publication of the U.S. Senate’s torture report gave that probe a significant boost. Opening an investigation just because some critics and states are unhappy about the ICC’s historical focus on Africa suggests that the court’s decision-making is superficial and influenced by populist trends. The institution is smarter than that and understands that unsubstantiated investigations, particularly against major powers, would do more to harm to the court than further its mandate. Indeed, the court has historically presented itself as far more cautious than courageous when it comes to challenging powerful states, as the length of its preliminary examination into Afghanistan and its ongoing examinations into Iraq and Colombia demonstrate.

Next steps for Canada: Combine Diplomacy and Justice

Developments at the ICC and the election of Donald Trump pose unprecedented diplomatic and political challenges for the Trudeau government. The most appropriate road forward for the Canadian government is to combine principled support for the court and smart diplomacy. This is no easy task. In order to achieve it, the government can and should appoint an International Justice Ambassador. Such an ambassador would demonstrate Canada’s leadership on global justice and allow the government to engage the interests and concerns of our allies and international partners. It would fall directly in line with the government’s pledge to promote human rights, liberal values, and the rule of law. It would also making threading the needle of inter-state relationships and support for the ICC a lot easier.