Mixing Immigration and Justice… Without Sacrificing One for the Other

Below is an article I wrote, a version of which originally appeared in the Globe and Mail, on the increasingly blurred lines between immigration policy and international criminal justice. While the focus of the piece is on the Canadian experience and what the Canadian government can do better, this is an issue that many — if not all — states which open their doors to refugees and migrants face. The piece delves into the challenge of being open to refugees without sacrificing commitment to justice and accountability for international crimes. As always, your thoughts are welcome! 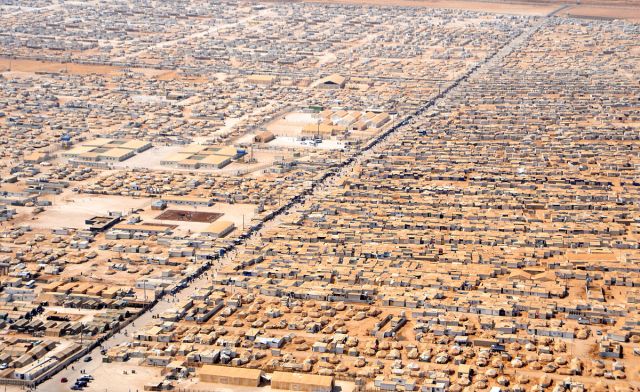 Two crises define the world today: the perpetration of mass atrocities against civilians and the movement of peoples, often in direct response to those very same atrocities. This poses a distinct challenge for countries like Canada that welcome refugees, some of whom may carry with them criminal pasts.

It is not uncommon for perpetrators of atrocities to cloak themselves among refugees. Due to effective screening procedures, the number of war criminals amongst refugees is tiny. But they do sometimes slip through. When they do, they present an opportunity to achieve justice — and shouldn’t be used to cast a blanket pall of criminality over migrants. But how should governments approach this dilemma?

Earlier this month, and for the first time since the brutal civil war in Syria erupted six years ago, a Syrian soldier was convicted of war crimes. The trial occurred in Sweden. With no prospects of justice from an international tribunal and the increasing likelihood that Syrian President Bashar al-Assad will remain in power for the foreseeable future, the best chance to achieve accountability for the regime’s litany of atrocities lies in the courtrooms of distant states like Sweden, Germany, and Spain. These prosecutions could not happen if these very same countries didn’t open their borders to the millions of Syrian refugees fleeing crime and terror.

According to the Canadian Crimes Against Humanity and War Crimes Program, whose staff works tirelessly with limited resources to achieve remedies for international crimes, 200 perpetrators may currently reside in Canada. But unlike its European counter-parts, the Canadian government’s preference is to deport alleged war criminals for the simple reason that it is the cheapest option at their disposal.

This approach first gained notoriety under the Stephen Harper government when it published a ‘Most-Wanted’-style list of alleged war criminals to be “rounded up and kicked out of Canada”. The United Nations Committee Against Torture responded by stating that if alleged perpetrators “are apprehended and deported, they may escape justice and remain unpunished.” But the current government continues to do nothing to ensure that individuals deported from Canada will be prosecuted and receive a fair trial in their original countries.

Earlier this year, the Canadian government sought to strip Jorge Vinicio Sosa Orantes of his citizenship for his alleged responsibility for a 1982 massacre by the Guatemala military in Las Dos Erres. A decade after the atrocity, he was made a Canadian citizen. But if the government has its way, Sosa Orantes, who is now toiling in a US prison, will never step foot in Canada again. That may be comforting to many Canadians. But it does little-to-nothing to ensure that justice for the types of crimes he is allegedly responsible for is meted.

On very rare occasions, the government has prosecuted perpetrators in Canada for atrocities committed abroad under its Crimes Against Humanity and War Crimes Act. Trials involving international crimes are complex and resource-intensive. The high cost of such prosecutions has led to a general moratorium on similar trials and a renewed focus on blending justice for mass atrocities and immigration regulation.

Everything should be done to convince the Trudeau government to allocate resources to prosecute war criminals here, on Canadian soil. In the meantime, a creative and cost-efficient approach to getting out of the “prosecute or expel dilemma” would be to link efforts to achieve accountability for international crimes with aid and development projects in partner countries.

For example, the government could peg foreign aid allocated to Guatemala to the prosecution of the likes of Sosa Orantes. Not only would this ensure that justice is served, it would do so closer to the victims and survivors of mass atrocities. It would fit directly with Global Affairs’ stated goal of supporting good governance and human rights, as well as fostering the rule of law in conflict-affected states. Such an initiative would be an ideal mandate for a potential International Justice Ambassador to espouse and could result in unique partnerships between Canadian officials and their counterparts in Guatemala, thus setting a model to promote bilateral relations and global justice.

As long as there are mass atrocities, there will refugees seeking to escape them. Amongst their numbers may be criminals taking advantage of the generosity of states like Canada. But the government mustn’t blur the lines between immigration and accountability. For years, there have been concerns that Canada’s leadership on international justice has been waning. Its time to restore its once widely celebrated leadership. Victims and survivors need more than a hug at the airport from the Prime Minister. They need this government’s commitment to justice.