Is the International Criminal Court Still an Aspirational Institution? Can it Be?

The following piece was originally posted at EJIL:Talk!. Many thanks to Dapo Akande and Mary Guest for agreeing to publish the piece there and allowing it to be cross-posted here are Justice in Conflict. 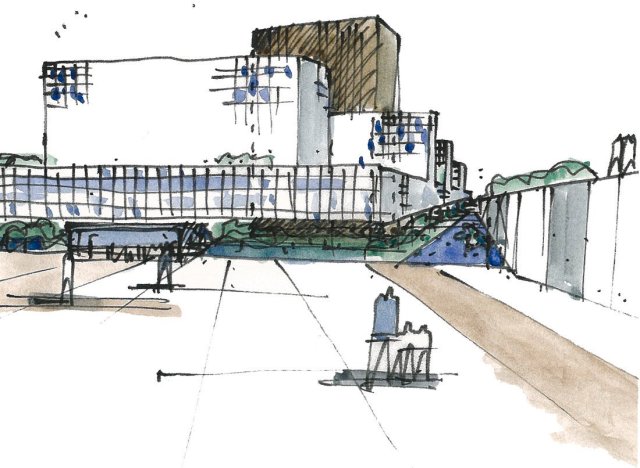 What is the promise of the International Criminal Court (ICC)? What do we, as observers, scholars, and constructive critics of the Court, believe that the ICC should do in a world of populism, altered balances of power, and persistent atrocity? Why has the Court been able to achieve so little and what would be required, in terms of new strategies and reforms, to build a better ICC? What do we believe that the institution should look like in the future? What is our vision of the ICC?

Over the past few weeks, EJIL:Talk! has hosted a number of thoughtful and thought-provoking essays seeking to answer some of these questions. With this piece, I want to ask admittedly less than legal questions: is the ICC becoming a less aspirational institution and can we balance the aspirations of ICC justice with the need to deliver meaningful accountability?

The Shadow of Expectations

It is now conventional wisdom that, for the majority of its existence, the ICC and its backers promised too much to too many. As is often pointed out, the Court and its most fervent champions set expectations that the ICC could never meet. They insisted that the Court would end impunity for international crimes, put victims front and center in all of its work, transcend global power relations, deter mass atrocities, hold the most powerful to account, promote reconciliation… you name it. It’s a laundry list of things that the ICC didn’t achieve because it couldn’t achieve them. It should never have been asked to.

The ICC hasn’t been a panacea for political ills such as violent political conflict or social challenges such as reconciliation. Unmet expectations have thus left many proponents privately regretful of having espoused unrealistic expectations about the Court and worrying about the disappointment that ensued. Now, the aim of many – both inside and outside of the ICC – is to focus on being realistic and on what the Court can realistically achieve. But there may be a cost to bending too far towards practicality: the loss of an institution that is meaningfully aspirational. The goal must be to strike a balance practicality and aspiration.

The Turn to the Practical

The ICC’s turn to the practical has been subtle, though unsurprising given the turmoil surrounding the institution. The Court has very few successes to show for itself. It can count more recent controversies (the President suing his own court, a sitting Japanese Judge preferring to be an ambassador) and controversial decisions (on head of state immunity, on the Afghanistan investigation), than trials that end in verdicts.

It is also clear that in situations where the Court took potentially greater risks and where it would have, at best, limited access to crime scenes or cooperation from relevant states, it hasn’t paid off. For example, the interventions in Darfur and Libya at the request of the UN Security Council have not resulted in a single person from either situation being prosecuted at the ICC. But they have led to serious concerns about the Court’s relationship with the Council.

Against this backdrop, it makes sense that the Court and those who support it would want to be cautious and focus on more manageable goals in order to get some ‘wins’ – trials that lead to convictions – rather than on ‘hard’ cases that may or may never be won. But it shouldn’t be an either / or scenario. The ICC needs to find ways to be both realistic and aspirational.

The turn to the practical has been defined by arguments that are increasingly evident in the thinking of many of those who cover the institution: the ICC should focus on what it can achieve, biting off only so much as it can chew; never more. After so many setbacks, the Court’s ‘institutional interests’ should be put first. It should investigate only those situations and those cases that can be investigated and that have a decent chance of leading to prosecutions. It shouldn’t pick fights with states that have an arsenal of politically and legally coercive comebacks. If a situation or case isn’t likely to add ‘1s’ to the prosecution’s columns and to member-states’ performance indicator tables, it probably isn’t worth it.

The “interests” of the ICC and the Afghanistan Decision

More than anything else, I believe that this turn to practicality helps to explain the decision of ICC Judges not to approve an investigation into Afghanistan as well as the support that observers lent to it. It was not about victims or justice. It wasn’t about “interests of justice” either. It wasn’t even – and this bears stressing – about whether the situation in Afghanistan met the threshold required to open an investigation.

The decision was about what outcome would be best for the International Criminal Court. What was best, according to this logic, was to avoid an investigation into a situation where cooperation wouldn’t be forthcoming and which would lead to additional scorn from Washington. In its justification, it was all about saving the ICC from its aspirational self. An investigation was deemed too difficult, so it wasn’t even worth trying. Three robed officials decided that delivering justice didn’t look likely, so it wasn’t worth aspiring to.

Of course, the decision invariably affirms American exceptionalism, inspires governments wary of the ICC to violently oppose the institution, leaves victims disappointed, and stretches the meanings of pseudo-legal terms such as the “interests of justice”. That was all worth it as the presumably calculated cost of protecting the interests of the Court.

But the biggest drawback, in my view, was to the idea of the ICC as an aspirational institution. The Afghanistan decision fundamentally undermines the idea of the ICC as a court willing to do things that were unexpected of it, a court that defied the conventional wisdom that great powers enjoy impunity every time just because they are great powers; a court which understood that it means something to show up to the fight, even if you don’t or can’t ‘win’.

Let it be clear: it did not have to be this way. Imagine, for example, that the Judges ruled that the investigation should be opened but – as they did in their decision – spoke to the difficulties that lied ahead with regards to successful investigations and the enforcement of any subsequent warrants. Imagine if they said that they were concerned about the Court’s chances to deliver, but that in the interests of justice it would be implausible to abandon the thousands of victims who asked for an ICC investigation. Imagine if they opened the investigation and worked to manage expectations of what justice would – and would not – be likely to follow. Just imagine a Court that spoke honestly about the prospects of accountability without stripping its constituencies of a reason to aspire.

None of this is to plead for a return to an era of unrealistic expectations and irresponsible rhetoric regarding what the ICC can achieve. The increased sobriety of claims made by senior Court staff and proponents of international criminal justice is welcome. Additionally, and as I have written elsewhere, the ICC should take its own interests into account. But that need not come at the cost of also being aspirational. This requires us to think through what the ICC is and wants to be, accepting that it is both an international organization that can affect global politics and a criminal court that can, at least sometimes, bring perpetrators of international crimes to justice. It also requires us to think about how the Court can deliver a regular stream of defendants to trial while working to achieve meaningful accountability for communities where justice is otherwise not on offer and holding those who historically enjoy impunity to account. And here’s the key: it should do this even if it doesn’t work, but in the hopes that it does. To quote hockey great Wayne Gretzky: “you miss 100% of the shots you don’t take.”

Just because the ICC aimed all over the place in its first decade and a half of operations, doesn’t mean that it shouldn’t aim high at all. The ICC should not have to sacrifice aspiration at the altar of practicality. As a community of engaged observers, we need to have a conversation about what the ICC can and should promise, what reforms are needed, and what its best (and most realistic) future looks like. But surely, we can all agree that it cannot abandon its ability to aspire to a better future – and not just for itself.

37 Responses to Is the International Criminal Court Still an Aspirational Institution? Can it Be?