The following guest post, by Mohammad Hadi Zakerhossein, explores the possibility of the International Criminal Court investigating alleged harms wrought upon civilians by the U.S. sanctions regime against Iran. Mohammad is a lecturer at the University of Tehran. The views here expressed here are his and do not necessarily represent those of the JiC. 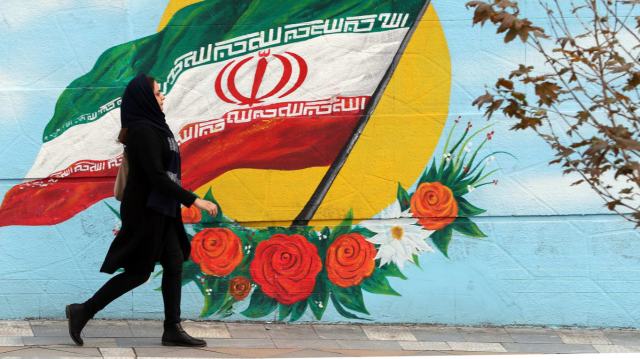 In recent days, the world’s attention has been focused on the assassination of General Soleimani and the Iran’s military response to the attack. Much of the current debate centers on conflict between two states and legality of their actions against each other. But what about the wider picture and the legality and effect of Washington’s sanctions regime on the people of Iran?

The current military conflict has occurred against the backdrop of what many view as an economic war. Following withdrawal from the Joint Comprehensive Plan of Action (JCPOA), the US re-imposed stringent and comprehensive sanctions against Iran. Sanctions have been designed to put Iran under a “maximum pressure campaign”, “placing unprecedented stress on Iran’s economy, [and] forcing Tehran to make increasingly difficult choices”. Despite US government claims that it has kept a ‘humanitarian window’ open in its sanction’s regime, according to Human Rights Watch, “the consequences of US sanctions have posed a serious threat to Iranian’s right to health and access to essential medicines”. Given the fact that the US policy is targeted against the civilian population in Iran too, many view the US sanctions as an inhumane act causing great suffering and serious injury to the health of its people and possibly even a crime against humanity. If so, would Iran have recourse at the ICC?

In response to the US economic war, Iran has waged a campaign of lawfare. In 2018, Iran established proceedings against the US in the International Court of Justice (ICJ), claiming that the US should be held responsible due to violations of its treaty-based obligations arising from Treaty of Amity.

A factual account should be provided to reveal the true nature of sanctions, and to represent the US measures as potentially criminal actions against Iranian civilians who appear to be taking the brunt of the sanctions regime. Given their adverse effects on the health of Iranians, sanction might be labelled as an inhumane act as referred to in paragraph ‘K’ of Article 7 of the Rome Statute. This act that is inhumane due to its harmful and injurious consequences occurs in the context of a systematic and widespread attack against the civilian population in Iran. There is no humanitarian window in the US sanctions’ regime. Medicines are apparently excluded from the sanctioned items. Nonetheless, because of the strict limits on banking and financial services, Iran is absolutely unable to obtain what is necessary for the survival of its citizens. Again, it is civilians who suffer the consequences. Although the US may lack an intent to directly cause suffering and injury for Iranians, it is clear that in this suffering would the logical consequence of the sanctions. In spite of its knowledge, the US deliberately fails to change the circumstances that could grant Iranians access to what is necessary for their survivals.

Therefore, given the overwhelming and probative evidence of the adverse effects of sanctions on Iranians, Iran could seek to show that sanctions on medicines and what is necessary for survival constitute a crime against humanity as defined in the Rome Statute. Iran therefore might become interested in bringing sanctions to the attention of the ICC’s prosecutor in order to establish the truth and create its own narratives of the nature of sanctions and their actual effects of Iranians. Bringing the sanctions to the ICC could be an effective way to internationalize the current crisis in Iran that hurts the civilian population, but it might also come at the risk of exposing Iranian actions to criminal investigation and prosecution by the Court. Now, a procedural question arises: how can Iran bring the situation to the ICC, given the fact that Iran is neither a State Party to the Rome Statute and does not intend to join the Court.

There is a solution. As a non-member State, Iran has a right to accept the Court’s jurisdiction under Article 12(3) exclusively over a specific ‘situation’, namely the situation of the US sanctions against Iran. An accepting State has an authority that resembles the United Nations Security Council (UNSC). Under the Statute, the UNSC has a right to refer to the Office of the Prosecutor (OTP) a ‘situation’ in which one or more of the ICC crimes appears to have been committed. Referrals pertain to situations, which differ from the notions of crimes and cases. It is in the context of a situation that one or more crime is committed, and a case is formed.

This interpretation is consistent with the Court’s jurisprudence as well. Cote d’Ivoire, at the time a non-member State, was the first State which accepted the Court’s jurisdiction under Article 12(3) in 2003. In the Gbagbo case, the Appeals Chamber asserted that “unless stipulated in the declaration under Article 12(3) of the Statute, acceptance of jurisdiction is not limited to specific events of a specific situation within the meaning of Article 13 of the Statute”.

In addition, the Appeals Chamber stated that “subject to any stipulation made in the declaration of acceptance, if a State accepts the jurisdiction of the Court under Article 12(2) of the Statute, the acceptance is general”. This judgement establishes that an accepting State may accept the Court’s jurisdiction in a limited mode, namely over a specific situation if it is expressed by the State. So, the Appeals Chamber did not deny the validity of lodging a situation-oriented acceptance declaration.

Ukraine also lodged an accepting declaration under Article 12(3). In its first declaration in 2014, that was followed by a second one in 2015, the government of Ukraine, as a non-member State, accepted the Court’s jurisdiction over alleged crimes committed on its territory. Ukraine’s acceptance declaration made was limited to a specific situation concerning crimes “peaceful protests of people which took place in Ukraine within the period 30 November 2013-22 February 2014”. This specific situation has been named by the OTP as “Maidan events”, also known as “the revolution of dignity”. OTP made no objection to the situation-oriented feature of Ukrainian declaration, implicitly confirming the authority of a non-member State to accept the Court’s jurisdiction situationally.

Some may assert that the Court does not proceed with the idea of a contextual situation by abandoning the notion of ‘situation of crisis’. It could be true that the word of crisis has dropped from the ICC jurisprudence, but it is soul is still in place. If a situation is not a crisis, so what constitutes a situation? Opponents have no a clear answer. It seems that the OTP uses the creative ambiguity surrounding the notion of situation to promote its own interpretation without substantiate it with sufficient evidence.

People who have nothing to do with the Iran-US conflict continue to suffer its consequences. The battle is being waged not only through armed conflict but in courtrooms. Tehran may thus consider the ICC option in its lawfare efforts against the US by accepting the ICC’s jurisdiction on ad hoc basis and asking that Washington’s sanctions be investigated as a possible crime against humanity. Whether the ICC would have any interest in getting involved is another issue altogether.

2 Responses to Could Iran Seek the International Criminal Court’s Intervention for Sanction Relief?