In the brief history of the International Criminal Court (ICC), few issues have received as much attention – from the Court, the human rights community and academics – than the relationship between the United States and the Court. Last week, that relationship took yet another turn – and not in the right direction.

After half a decade of actively undermining the Court during the Presidency of George W. Bush, the US’s relationship with the ICC has improved dramatically in recent years. Many ascribe this upswing to the liberal internationalist-leaning tenure of President Barack Obama but it should be noted that the  positive engagement between the US and the Court began before Obama won the Presidency, ie. under Bush. At the same time, however, it would be folly to suggest that the current administration has anything more than a selective love for the ICC.

Case in point is the memorandum issued by Obama last week stating that any and all US military forces deployed to Mali will not be liable to prosecution in The Hague:

By the authority vested in me as President by the Constitution and the laws of the United States of America, and consistent with section 2005 of the American Servicemembers’ Protection Act of 2002 (22 U.S.C. 7424), concerning the participation of members of the Armed Forces of the United States in certain United Nations peacekeeping and peace enforcement operations, I hereby certify that members of the U.S. Armed Forces participating in the United Nations Multidimensional Integrated Stabilization Mission in Mali are without risk of criminal prosecution or other assertion of jurisdiction by the International Criminal Court (ICC) because the Republic of Mali has entered into an agreement in accordance with Article 98 of the Rome Statute preventing the ICC from proceeding against members of the Armed Forces of the United States present in that country.

Article 98 agreements hark back to that dark period in the ICC’s history when the Bush administration was all gong-ho about undermining the Court. Also known as Bilateral Immunity Agreements (BIAs) – and as their name suggests – the legal basis of the agreements rests on Article 98 which prevents the ICC from proceeding with a request for surrender if it would require the state in question “to act inconsistently with its obligations under international agreements.” 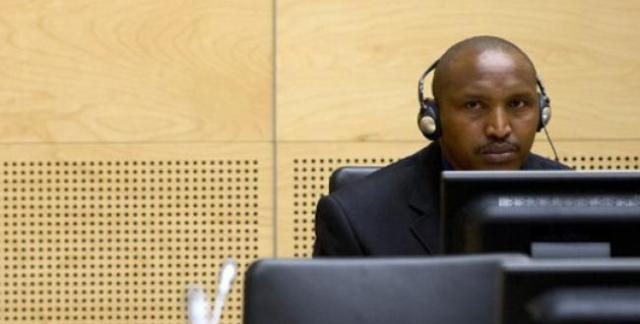 Bosco Ntaganda is currently in the custody of the ICC (Photo: ICC)

In the early years of the Court, the Bush administration was keen to sign as many BIAs as possible, emphasizing them in its diplomatic relations. The administration applied relentless pressure to ensure that states signed these agreements and, in so doing, guarantee that any US citizens on their territory would never be surrendered to the ICC. The administration threatened to withdraw aid – and in a few cases did withdraw its aid – from any states that rejected to sign BIAs. In the end, over one hundred states signed Article 98 agreements with the US.

In recent years, the relationship between the Court and the US thawed and, in some respects, even flourished. It was largely hoped that the BIA, anti-ICC days were over. The commitment to ‘hunt down Joseph Kony‘, the expansion the Rewards for Justice Programme to include ICC indictees, the positive vote to refer Libya to the ICC and the extradition of Bosco Ntaganda to The Hague after he surrendered to the American embassy in Kigali, Rwanda — they all pointed to a constructive and productive relationship.

Indeed, these developments would seem to make the memorandum all the more politically curious. It goes without saying that BIAs run against the intent of the ICC, not to mention the principle of ending impunity. They also violate the fundamental principle of equality before the law. After all, the agreements are a declaration that the prosecution of atrocities will depend on whether the alleged perpetrator is American or not.

At the same time, it isn’t clear why such a memorandum is even necessary. The ICC has generally accommodated US interests and avoided investigating or prosecuting American officials or their allies. As a political statement, it’s a significant blow to the ICC. But as detailed by Ryan Goodman at Just Security and by Kevin Jon Heller at Opinio Juris, it’s also legally dubious.

Still, the issuance of the memorandum only comes as a surprise if you drank the US’s pro-ICC Kool-Aid. While it is clear that the relationship between the US and the ICC is far more constructive today than it has ever been (and that this is a positive development), American policies towards the Court have remained inherently selective. Yes, the US has pushed for the capture of Kony but it has simultaneously done little-to-nothing to ensure the surrender of Omar al-Bashir to The Hague. Yes, it helped ensure that Libya would be referred to the ICC in 2011 but it did nothing to support the Court’s mandate after Libya’s civil war. Yes, Obama has expanded the Rewards for Justice Programme but it has signalled no intentions to (re)sign or ratify the Rome Statute.

Little has been done to bring Omar al-Bashir to the ICC (Photo: Reuters)

And that is the heart of the problem. The Obama administration appears intent on a policy of having one foot in and one foot out of the ICC. This might be worse for the Court than proponents imagine. It leaves the US under virtually no obligation to support or cooperate with the ICC when it doesn’t want to or when it doesn’t suit its political preferences. This is only made worse by the fact that it is often praised for its position towards the ICC.

The memorandum is a blow for the Court. That much is obvious. But it might also be a blow for the US. In 2006, former US Secretary of State Condoleeza Rice stated that the diplomatic push to sign BIAs was “the same as shooting ourselves in the foot.” The question thus remains: did the Obama administration just shoot itself in the foot?

Update: After doing some initial digging, I suggested that there might be no BIA between Mali and the US and that one likely was negotiated by the Obama administration itself. However, after even more digging, I have come to conclude that there is no BIA between Mali and the US at all. Rather, it seems that the memorandum is based on an Status of Forces Agreement signed between the two countries back in 1997 when US troops were conducting military exercises in Mali.

Mark Kersten is a consultant at the Wayamo Foundation, a Senior Researcher at the Munk School of Global Affairs, and a law student at McGill University Law School. He is also author of the book, 'Justice in Conflict - The Effects of the International Criminal Court's Interventions on Ending Wars and Building Peace' (Oxford University Press, 2016).
View all posts by Mark Kersten →
This entry was posted in Article 98, Bilateral Immunity Agreements, International Criminal Court (ICC), International Law, Mali, United States. Bookmark the permalink.

3 Responses to Unfortunate but Unsurprising? Obama Undermines the ICC