ICC’s Next Top Prosecutor: In the Bag – AU Endorses Bensouda for ICC Prosecutor 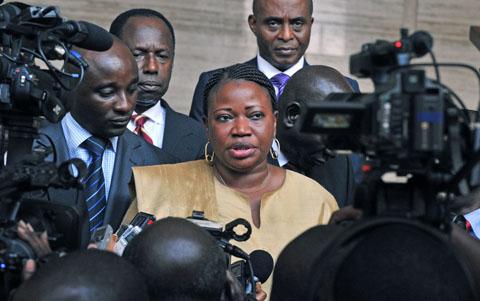 It is increasingly likely that Fatou Bensouda will become the ICC's next top Prosecutor (Photo: VOA)

No suprise here, but as reported (apparently exclusively) by IntLawGrrls, the African Union (AU) has endorsed Fatou Bensouda as the ICC’s next chief Prosecutor. They did so in an AU meeting in Ethiopia back in June:

“Ms. Fatou Bomm Bensouda of The Gambia as the sole African candidate for election to the post of Prosecutor at the International Criminal Court (ICC); in conformity with African Union procedures for consideration and determination of African candidatures within the international system. The elections are due to take place at the 10th Session of the Assembly of States Parties at the United Nations Headquarters, New York, USA, from 12 to 25 December 2011.”

Bensouda was a virtual lock for the position. As I wrote back in June, there is little doubt that Bensouda, a previous legal advisor and trial lawyer at the ICTR and the current Deputy Prosecutor of the ICC, is the people’s choice so far. Whether in London, Uganda or on the internet, Bensouda is the name on the tip of everyone’s tongue when it comes to the ICC’s next top prosecutor. She satisfies all the political criteria  for the job.

Perhaps most importantly, Bensouda provides a degree of continuity and, judging by her professional demeanor, won’t cause too much controversy or havoc at the Court (although some, like Dov Jacobs, argue that her continuity is a weakness, not strength). This is particularly important given the controversial tenure of the ICC’s current Prosecutor, Luis Moreno-Ocampo. It is pretty obvious that the AU, and likely many other states, would prefer a secretary over a general as the ICC’s chief Prosecutor. 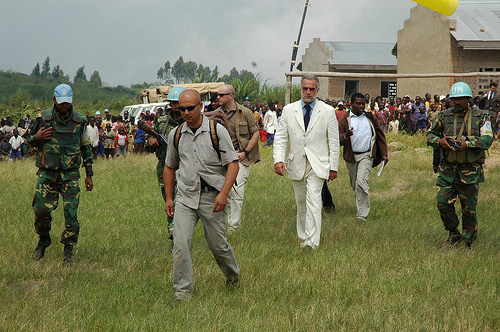 That said, Bensouda’s pedigree and experience suggest that if the AU’s support for her was the result of a belief that may be more amenable to political pressure, I have a feeling that they will be mightily disappointed.

It will be particularly interesting to see how the African Union treats the Court if Bensouda becomes Prosecutor. Because of their overt and public endorsement of her, Bensouda will be, for better or worse, “Africa’s Prosecutor”.

The African Union is well known for criticizing the ICC. Most recently, their criticism has focussed specifically on Moreno-Ocampo. Earlier this year, Jean Ping, the Chairperson of the Commission of the African Union, declared:

“We Africans and the African Union are not against the International Criminal Court. That should be clear. “We are against Ocampo who is rendering justice with double standards.”

There remains a widespread sentiment that the ICC has targeted Africa unfairly and that this constitutes a double standard. While the African Union is far from being cohesive on this issue, this view is palpable amongst many of its member states. But what will they say when Bensouda is the Prosecutor? What will they complain about when the Prosecutor herself is African?

How will the African Union criticize an ICC headed by Bensouda?

This summer, Bensouda addressed the issue of the ICC targeting Africans, evoking her origins:

“Anytime I hear this about ICC targeting Africa, ICC doing double justice, it saddens me, especially as an African woman, also knowing that these conflicts, most of these conflicts are happening on the continent of Africa. “We say that ICC is targeting Africans, but all of the victims in our cases in Africa are African victims. They are not from another continent.  They are African victims and they are the ones who are suffering these crimes.”

It is rather obvious that some African Union states simply view the “neocolonialist”, “imperialist” “double standard” argument against the Court as their best defense; as rhetoric which achieves their goal in criticizing and undermining the Court but masking political agendas – including staying in power. These terms are remarkably salient on a continent which has historically experienced so much external intrusion. But such arguments will simply sound foolish when their choice for lead Prosecutor is heading the Office of the Prosecution.  Indeed, what will happen when the AU challenges the Court over the arrest warrants of President Omar al-Bashir in Sudan or Muammar Gaddafi in Libya?

As an observer it would have been fun to see a hand full of top-flight candidates duke it out for the ICC’s top job. But with Bensouda’s endorsement, it’s hard to see any other candidates emerging as legitimate contenders. Still, we shouldn’t be fooled by Bensouda. Just because she appears much more reserved and is much less infatuated with the media than Moreno-Ocampo, doesn’t mean she won’t stir the pot. Indeed, can you really be the chief Prosecutor of the International Criminal Court and not cause at least some controversy?

Mark Kersten is a consultant at the Wayamo Foundation, a Senior Researcher at the Munk School of Global Affairs, and a law student at McGill University Law School. He is also author of the book, 'Justice in Conflict - The Effects of the International Criminal Court's Interventions on Ending Wars and Building Peace' (Oxford University Press, 2016).
View all posts by Mark Kersten →
This entry was posted in African Union (AU), Fatou Bensouda, International Criminal Court (ICC), Next ICC Prosecutor. Bookmark the permalink.

4 Responses to ICC’s Next Top Prosecutor: In the Bag – AU Endorses Bensouda for ICC Prosecutor