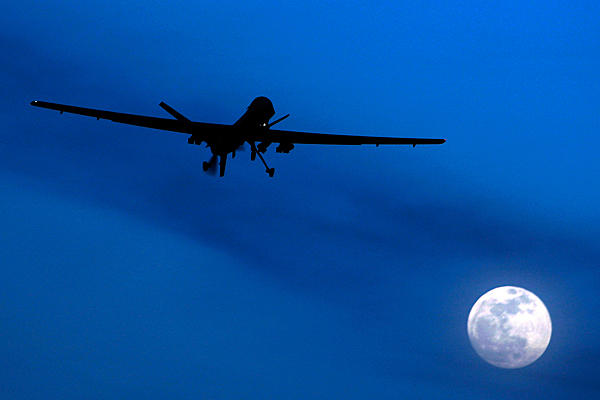 A recent thought-provoking and provocative op-ed in the New York Times has presented a serious challenge to those who view drones as nothing more than the evil extensions of secretive warfare. According to Andrew Stobo Sniderman and Mark Hanis, “[i]t’s time we used the revolution in military affairs to serve human rights advocacy.”

The use of drones to assassinate alleged terrorists in the Global War on Terror has elicited a heated debate on the ethics and legality of the extra-judicial killing of individuals by un-manned air crafts. Sniderman and Hanis don’t contest that the use of drones, particularly by the US, is legally and ethically controversial. But, they argue, we need to go beyond the myopic focus on drones as military hardware and consider how drones can be employed for good ends and, more specifically, the role drones could play in highlighting and responding to human rights violations. Using the case of Syria, Sniderman and Hanis argue the following:

“A drone would let us count demonstrators, gun barrels and pools of blood. And the evidence could be broadcast for a global audience, including diplomats at the United Nations and prosecutors at the International Criminal Court…

…We could record the repression in Syria with unprecedented precision and scope. The better the evidence, the clearer the crimes, the higher the likelihood that the world would become as outraged as it should be…

…Even if humanitarian drones are not used in Syria, they should assume their place in the arsenal of human rights advocates. It is a precedent worth setting, especially in situations where evidence of large-scale human rights violations is hard to come by. “

On first glance, the authors’ argument is persuasive. Heck, who doesn’t want better protection of human rights and who isn’t frustrated that atrocities often go completely ignored (here’s looking at you, DRC)? 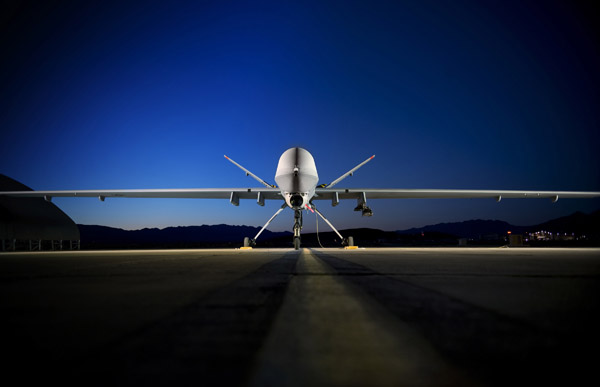 But in their argument, Sniderman and Hanis conflate two key issues which need to be distinguished and considered separately. The first, which I think most will agree with, is that having more accurate information and evidence of human rights violations is a desirable goal. The second is that drones are the answer to how to do this.

Could the International Criminal Court use drones to accumulate evidence of crimes against humanity, genocide and war crimes? It might be an appealing prospect. Consider, for example, the cases of Darfur and Libya where ICC investigators have had virtually no access. Drones could take detailed images of violations which could then be used to form the basis of arrest warrants. Sounds good, right?

No sot fast. If we follow Sniderman and Hanis to their logical conclusion, then the human experience and role in the adjudication of international crimes and human rights violations could – indeed, should – be replaced by the accurate and pin-point evidence offered by “humanitarian drones”. Implicitly they suggest that the human experience and witnessing of crimes risks is insufficient to outrage public opinion and to stir action – and that drone technology is the answer. On this issue, I am highly skeptical.

We are in the midst of a paradigm-shifting trajectory in the conduct of international relations, one which is witnessing the removal of the human from the conduct of warfare. The evolution of military intervention has increasingly removed the human from the conduct of intervention itself. States increasingly hesitate to cross the ‘Mogadishu line‘, viewing it as too costly domestically to risk the lives of soldiers for humanitarian purposes. Thus we have seen military interventions from 10,000 feet in the sky (Kosovo, 1999) to intervention where not a single infantry troop was put on the ground (Libya, 2011). Drones are only one part of this trajectory. 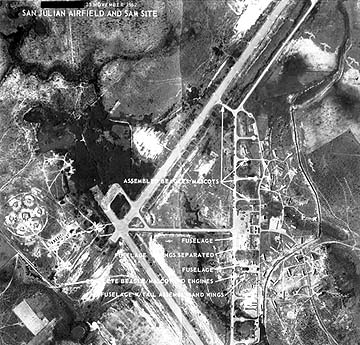 An American aerial photo taken during the Cuban Missile Crisis (1962)

Of course, it would be absurd to suggest that photographic evidence does not evoke passionate responses and mobilize public opinion. Human rights NGOs are masters at using visual materials in order to tap into our latent moral outrage. But in the context of “drones for human rights”, the risk is that the human gets removed from the experience and accounting of human rights violations. What would seem to matter is not personal experience but the particular configuration of pixels on a screen. This is folly. The process of victims, survivors and witnesses being involved shouldn’t be exchanged for the “unprecedented precision and scope” of the photographs offered by drone technology. If anything, the role of victims, survivors and witnesses in the process of seeking and delivering justice should be enhanced.

It is worth noting, in this context, that even in the most inaccessible areas, the ICC has been able to accumulate enough evidence to issue arrest warrants for individuals like Muammar Gaddafi and Omar al-Bashir. In Libya, for example, human rights workers on the ground risked their lives to collect witness statements in Misrata, Benghazi, Tripoli and elsewhere that formed the basis of the arrest warrants against the Tripoli Three. Groups like Lawyers for Justice in Libya were created and spurred to action in order to provide assistance in the pursuit of justice and accountability. Would this have occurred had the ICC simply requested images of the violence?

None of this is to reject the idea of submitting aerial photographs as evidence to the ICC or using such evidence to mobilize and alert public opinion to mass atrocities or human rights violations. Nor am I inherently against the idea of using drones for good ends. But we need to be wary of what it means to remove the human from goals that are fundamentally and forever human, including highlighting and responding to atrocities.

Mark Kersten is a consultant at the Wayamo Foundation, a Senior Researcher at the Munk School of Global Affairs, and a law student at McGill University Law School. He is also author of the book, 'Justice in Conflict - The Effects of the International Criminal Court's Interventions on Ending Wars and Building Peace' (Oxford University Press, 2016).
View all posts by Mark Kersten →
This entry was posted in Drones, International Criminal Court (ICC), Justice. Bookmark the permalink.