Politics, a Poison for Justice? 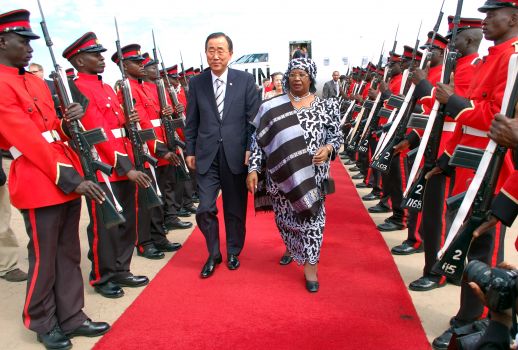 Ten years ago, when the treaty creating the International Criminal Court took effect, the prospect of holding heads of state and powerful warlords to account for mass slaughter seemed like science fiction.

Today the signs carried by Syrian protesters demanding “Assad to The Hague” are powerful testimony that the court is making its presence felt.

But as the I.C.C.’s influence grows, its promise of impartial justice for the world’s worst crimes is at risk of being undercut by international politics.

Dicker’s piece succinctly evokes an ongoing debate about the relationship between politics and international criminal justice. There is a prevalent belief amongst jurists, lawyers and advocates of international criminal justice that politics is the enemy of justice. Justice, to them, requires a complete separation from political considerations. Politics and justice are like oil and water. Justice must be neutral, black-and-white, and apolitical. On the other hand, many negotiators, diplomats and scholars of international relations argue that it is naive, if not simply ridiculous, to suggest that international justice can ever be apolitical. After all, international justice will always depend on states which remain the primary political unit in the international sphere. Moreover, justice will inevitably be selective and reflect the interests of powerful stakeholder states.

Dicker, is of course, right to point out the ever-present dangers of powerful states manipulating and instrumentalizing the ICC. As readers will know, I believe that the cozy relationship between the realpolitik of the UN Security Council and the ICC poses dangers for the legitimacy of the Court. But realpolitik is not all that “international politics” is or has to be.

Consider the example of Malawi. Just last year Malawi, a member-state of the ICC, drew the ire of the Court for hosting Sudanese President Omar al-Bashir in defiance of the ICC which had issued an arrest warrant against Bashir for his alleged role in the commission of genocide, crimes against humanity and war crimes in Darfur. As a result, last December the ICC referred Malawi to the UN Security Council.

Fast-forward a few months and it appeared as though Malawi would go two-for-two, inviting Bashir to an African Union summit. However, President Joyce Banda, who took over from Bingu wa Mutharika after he died suddenly in April, quickly defied her predecessor and claimed that if Bashir came to Malawi, he would face arrest.

Behind the about-face is a significant amount of economic pressure from Western states. In reaction to the decision to host Bashir, the US froze a $350 million energy grant. European states threatened to withhold development aid if Bashir visited again. One report even suggested that “developmental partners advised the ICC to punish Malawi.” When asked about her efforts to persuade Bashir to stay home, Banda tellingly said: “He [Bashir] should forgive us this time as we are struggling to fix the economy.” Unsurprisingly, within days of the decision, it was announced that the UK

“released 33 million pounds ($51 million) to Malawi to help new President Joyce Banda rebuild an economy left reeling after her predecessor soured ties with donors whose aid had propped up the budget.”

Of course, critics will argue that this amounts to Western donors black-mailing a vulnerable African state. But, without knowing the details of the aid agreements between the Western donors and Malawi, another way to look at this development is that Western states used traditional tools of political coercion (in this case economic aid) to promote the isolation of a man wanted for genocide. By ‘enforcing’ the obligations of Malawi to the ICC, these states actively supported the Court’s mandate and struggle for legitimacy. This is a remarkably positive step forward in comparison to the US policy of denying certain forms of aid to states that did not sign Bilateral Immunity Agreements, an attempt by the Bush administration to guarantee that US citizens would never be brought to the ICC.

In short, Malawi appears to be an example of where international politics converged with international criminal justice – but not in a way to be feared. It is obvious that the ICC’s legitimacy and effectiveness would be undermined if Bashir continued to freely visit ICC state parties. But the ICC remains reliant on states to make a fuss and put pressure on its members to keep with their obligations. Malawi is an example where politics was needed and appears to be a case where the politics of international criminal justice was good politics.

“Stopping the assistance to those who help Bashir will work and it’s not happening…Stop all the money to them and they will arrest Bashir, it’s simple.”

Moreno-Ocampo is wrong: it isn’t simple. But he is right that converging economic interests with the interests of justice can have positive effects.

Mark Kersten is a consultant at the Wayamo Foundation, a Senior Researcher at the Munk School of Global Affairs, and a law student at McGill University Law School. He is also author of the book, 'Justice in Conflict - The Effects of the International Criminal Court's Interventions on Ending Wars and Building Peace' (Oxford University Press, 2016).
View all posts by Mark Kersten →
This entry was posted in International Criminal Court (ICC), International Law, Malawi, Sudan and tagged Omar al-Bashir. Bookmark the permalink.

12 Responses to Politics, a Poison for Justice?