Music on Trial: Genocide and Musicians

The following is a unique and fascinating guest-post by Catherine Baker,  a Lecturer in 20th Century History at the University of Hull (from August 2012). Catherine is the author of Sounds of the Borderland: Popular Music, War and Nationalism in Croatia since 1991 (Ashgate, 2010) and of a number of articles on international intervention and on popular culture. Enjoy! 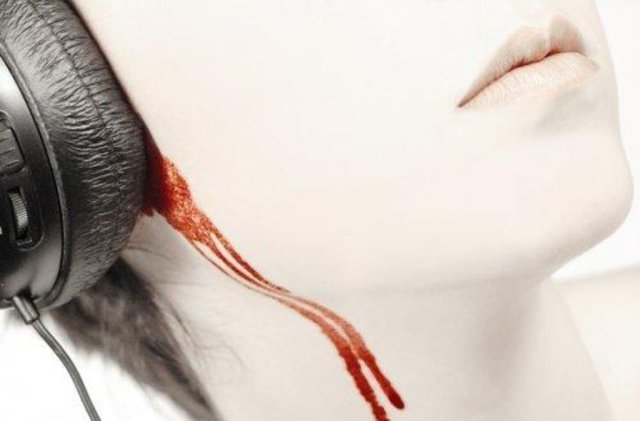 The charges of inciting ethnic violence laid against three Kikuyu singers this month by Kenya’s National Cohesion and Integration Commission represent the latest attempt to extend the reach of post-conflict justice beyond physical perpetrators – by holding musicians and music broadcasters responsible for their complicity in ethnopolitical conflict.

National and international lawyers dealing with the aftermath of the 2007–08 post-electoral conflict in Kenya are following the precedent of the International Criminal Tribunal for Rwanda (ICTR) which, at the trial of Simon Bikindi in 2006–2008, became the first war crimes tribunal to indict a musician for incitement to genocide.

Bikindi’s songs calling for Hutu solidarity against Tutsis had been repeatedly played before and during the genocide in 1994 by the broadcaster Radio Télévision Libre des Mille Collines (RTLM). Earlier cases at the ICTR had convicted RTLM speech broadcasters of incitement (an approach the International Criminal Court has extended to Kenya by indicting the radio broadcaster Joshua arap Sang in 2011), and the prosecution at the Bikindi trial argued that a musician could be held liable on the same basis.

The evidence of his songs alone and texts recorded before the genocide was not enough for the ICTR to convict Bikindi of incitement (judgement, PDF). Convicting him on the basis of his lyrics would have required the prosecution to prove that Bikindi shared the intent of the génocidaires when he composed the songs and that to avoid liability after the violence began he should have asked RTLM to stop playing his music (see Snyder 2006). However ,his conviction for incitement rested instead on an incident where he had broadcast a speech calling for violence from his car.

Legal scholars have offered several sets of extended criteria for proving incitement in the wake of Bikindi in support of thenotion that songs can be considered actionable speech. Did the speaker – or the performer – use dehumanising rhetoric during or soon after acts of violence against the target group? What channels of communication were used and how responsible was the performer for the dissemination of the speech or song?

Though musicians have been put on trial for their songs under many regimes (see Côté 2011), subjecting the creative work of musicians to criminal responsibility within a transitional justice framework is an innovation of the ICTR. Transitional justice after the Yugoslav wars, in contrast, has not attempted to cover the behaviour of musicians . There is strong evidence that media played a significant role in disseminating ethnonationalist discourses before, during, and after the wars and that popular music was implicated in this framework.[1] However, the International Criminal Tribunal for Former Yugoslavia, preparing its indictments from the mid-1990s onwards, has not tried to assign responsibility for ethnic cleansing to musicians or to put media executives on trial. 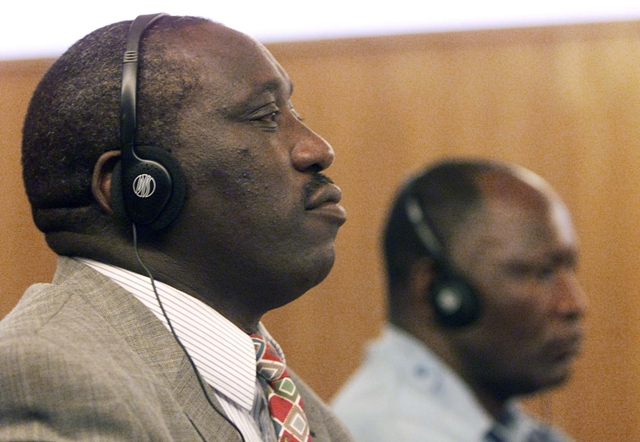 Simon Bikindi on trial at the ICTR (Photo: AP)

Music in the post-Yugoslav conflicts was, nonetheless, used as a tool in ethnopolitical conflict. Many prisoner testimonies record the forced singing of ethnonationally marked songs as a torture technique (for which the torturers, not the creators of the songs, are liable), and music playing was used to harass enemy troops during breaks from combat. States and armed forces used music and its celebrities, performing at front lines, as an asset to improve troop morale: Croatian forces, for instance, militarised civilian musicians into ‘artistic units’ in autumn 1991, legally rendering them combatants for the duration of their service. On a more general level, attempting to break apart the common entertainment industry of the former state through legal, financial and discursive means achieved, or aimed to achieve, a conceptual separation of ethnonational groups through altering the everyday musical landscape. All these methods contributed to the aims of ethnopolitical conflict by acting on military and civilian morale and by hardening the boundaries of groups.

The patriotic discographies of all sides in the post-Yugoslav conflicts contain songs that could be compared to the repertoire at issue in Bikindi. The ICTR has held songs recorded in advance as insufficient for incitement, but live performances of them in proximity to acts of violence might be. Developing this standard would require a jurisprudence of what messages were and were not actionable. Is the call to push the enemy out of one’s own country defensive, legitimate and exempt? What if the singer promises instead, as in one well-known Croatian wartime song, that ‘our hand will reach you even in Serbia’? Could behaviour outside the text, such as the display of flags or salutes with specific connotations during a performance in proximity to an act of violence, create liability even if the words of the song might not?

Comparing the ICTY and ICTR approaches leads us to ask whether the work of transitional justice in former Yugoslavia would have been improved if it had exposed the complicity of musicians and criminalised what performers, and many of their audience, would regard as their wartime patriotic engagement in support and defence of their own ethnic group.

The politics of music after the Yugoslav wars suggest that bringing musicians into the remit of transitional justice would in fact have been more divisive, and not conducive to post-conflict reconstruction.

Discourses of music as a weapon of war were widespread during and after the Yugoslav wars, in all belligerent entities. The dominant discourse read the use of music by one’s own group as within the bounds of the normal, and simultaneously concluded that the musicians of the “other”, who had behaved in parallel, were personally implicated in aggression. On the Croatian side, for instance, the Serbian pop-folk singer Nada Topčagić continues to be held responsible for performing patriotic songs to Serb soldiers and civilians at a concert in occupied Vukovar in 1992; veterans’ groups in Croatia and Bosnia-Herzegovina in 2009–10 similarly objected to the first performances by Lepa Brena in their countries after the war because they understood her to have worn a Bosnian Serb uniform while visiting Brčko in 1994. The idea that the “other” had used music as a weapon of war served, after the conflict, as a reason why the music of the “other” was not acceptable for performance or hearing within the nation-state. This logic, in fact, continued the fixing and separation of ethnic boundaries.

The discourse was applied not just to artists whose complicity could be proved, but on a collective basis: when used in Croatia against music from Serbia, for instance, it caught up even with Belgrade’s anti-war alternative rock musicians, some of the least likely people in the country to have taken part in violence. The head of the Croatian Musicians’ Union in the mid-1990s, whose policy was to impede Croatian–Serbian musical collaboration, became a figure of fun in the left-wing Croatian press after stating that ‘nobody can guarantee that some of those musicians weren’t mobilised and might not have been shooting Vukovar up’ (Feral tribune, 17 April 1995). The discourse that the “other’s” musicians were collectively complicit in the war interfered with – though did not completely prevent – the re-coalescence of a common, through fragmented, cultural space.

Music is clearly significant in ethnopolitical conflict; yet viewing it solely through a legal lens has drawbacks. State media systems, in the post-Yugoslav states and elsewhere, incorporated musicians as a professional group into patriotic initiatives that expressed the dominant, ethnocentric narrative of the conflict: but to accuse all musicians of professional complicity loses sense of the multiple reasons, including the idea of a pluralistic national defence, why musicians took part in them. Any ‘benevolent censorship’ of ethnocentric music brings with it irreconcilable problems of the power to define what is illegitimate and whom it is applied against. And the idea of indicting musicians for incitement for patriotic music risks producing a net that would extend, in cases such as the Yugoslav wars, to the majority of a state’s professional musicians.

The potential damage to shared cultural and everyday connections between groups and states – which must surely be a necessary part of post-conflict reconciliation – is clear. The work of musicians may legally be an object of interest for transitional justice. That is not to say it should systematically be so.

This post is based on conclusions in an article under review by Patterns of Prejudice.

[1] On media in general, see V. P. Gagnon, Jr, The Myth of Ethnic War: Serbia and Croatia in the 1990s (Cornell University Press, 2004); Dubravka Žarkov, The Body of War: Media, Ethnicity and Gender in the Break-Up of Yugoslavia (Duke University Press, 2007). On music, see Eric D Gordy, The Culture of Power in Serbia: Nationalism and the Destruction of Alternatives (Pennsylvania State University Press, 1999), Ivan Čolović, The Politics of Symbol in Serbia (Hurst, 2002) and my Sounds of the Borderland: Popular Music, War and Nationalism in Croatia since 1991 (Ashgate, 2010).

Mark Kersten is a consultant at the Wayamo Foundation, a Senior Researcher at the Munk School of Global Affairs, and a law student at McGill University Law School. He is also author of the book, 'Justice in Conflict - The Effects of the International Criminal Court's Interventions on Ending Wars and Building Peace' (Oxford University Press, 2016).
View all posts by Mark Kersten →
This entry was posted in Genocide, ICTY, International Criminal Tribunal for Rwanda (ICTR), International Law, Justice, Kenya and tagged Catherine Baker, Former Yugoslavia, Music, Simon Bikindi. Bookmark the permalink.

4 Responses to Music on Trial: Genocide and Musicians