Reparations for Lubanga’s Victims: What the ICC Can Do 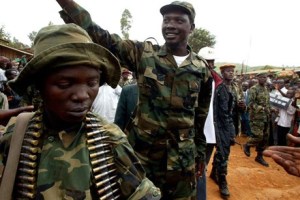 Earlier this week, the International Criminal Court released the Trial Chamber’s decision on the principles and procedures to be applied to reparations following from Thomas Lubanga Dyilo’s war crimes conviction for enlisting and conscripting child soldiers and using them to participate actively in hostilities in the Democratic Republic of the Congo.

Various international laws and conventions have affirmed that victims have a right to reparations, which include compensation, restitution, and rehabilitation. But in comparison to past international tribunals, the ICC has considerably elevated the priority of reparations as means of justice for victims. The ad hoc courts for Rwanda and Yugoslavia have a miserable, if not non-existent, record in providing reparations and this was considered a failing and lost opportunity. Typically, devising, funding, and implementing reparations awards have been the responsibility of states. Yet even in cases where there have been robust transitional justice institutions, like Rwanda, East Timor Sierra Leone, and South Africa, domestic authorities lack capacity and/or political will to provide meaningful reparations.

Lubanga was sentenced to 14 years – far short of the 30 years asked for by the Chief Prosecutor. His conviction is, however, only a small measure of justice for victims. While the direct, individual victims of Lubanga’s crimes are child soldiers, reparations are also intended to be more collective in nature in order to affect the relevant the families and communities of victims in the DRC as well.  To date, only 85 victims have individually applied for reparations in the Lubanga case.

It’s important to note that the judges’ decisions summarized below only lay out the general principles and procedures for reparations – it will be left to the ICC’s Trust Fund for Victims (TFV) to determine what will constitute reparations and to implement them. In its own words, the TFV:

“addresses and responds to the physical, psychological, or material needs of the most vulnerable victims. It raises public awareness and mobilizes people, ideas and resources. It funds innovative projects through intermediaries to relieve the suffering of the often forgotten survivors. The TFV works closely with NGOs, community groups, women’s grassroots organisations, governments, and UN agencies at local, national, and international levels. By focusing on local ownership and leadership, the TFV empowers victims as main stakeholders in the process of rebuilding their lives.”

What the ICC Can Do: Decisions and Recommendations

Various parties participated in reparations proceedings and submitted their recommendations. These parties included NGOs, such as Avocats san Frontieres, Women’s Initiatives for Gender Justice, and the International Center for Transitional Justice, UNICEF, and the ICC’s Registry and Trust Fund for Victims.

The recommendations reflect several debates that are common to transitional justice policy-making, specifically the value of material versus symbolic reparations and individual versus collective reparations. Other critical issues include the identification of victims and determining the scope of beneficiaries, ensuring access to reparations, and ensuring that reparations “do no harm” by creating social divisions within communities and stigmatizing victims. What follows is a brief and selective summary of the salient points in the judges’ decisions and instructions. 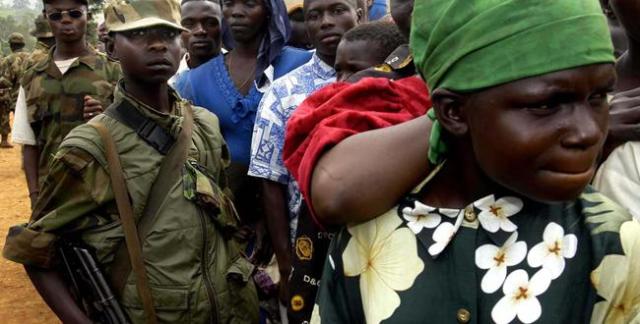 Reconciliation and “Do No Harm”

“Reparations in the present case must – to the extent achievable – relieve the suffering caused by these offences; afford justice to the victims by alleviating the consequences of the wrongful acts; deter future violations; and contribute to the effective reintegration of former child soldiers. Reparations can assist in promoting reconciliation between the convicted person, the victims of the crimes and the affected communities.”

The judges also agree with the recommendations of the participating NGOs, victims’ representative, and Court organs that reparations should “do no harm” in their implementation. Individual reparations awards can further stigmatize victims in their communities, “replicate discriminatory practices,” exacerbate social tensions, and isolate them. Keeping in mind that child soldiers may also be viewed as perpetrators of crimes in their communities, reparations should also “secure reconciliation” between the convicted person and the victims and the affected communities.

Reparations a Measure of Success in International Justice

For victims and their communities, reparations will be the most tangible manifestation of justice from international courts. The International Criminal Court has the mandate to make remarkable progress in this regard. The TFV can only be effective, however, with financial and political support. Most international justice advocacy and diplomacy is geared towards cooperating with the ICC on arrest warrants and ascribing to a discourse that prioritizes trial and punishment of war criminals. Equally important is the international community’s support for restorative and redistribute forms of justice that reparations can affect. The Trust Fund for Victims’ implementation of reparations and impact on communities will be an important measure of the ICC’s success in the years to come.

3 Responses to Reparations for Lubanga’s Victims: What the ICC Can Do