A Quiet Injustice: Degenerating health conditions in the Gaza Strip

The following is a guest-post from Megan Norbert, who is currently the Legal Advisor for the Palestinian Centre for Human Rights in the Gaza Strip, as well as an external PhD Candidate at Tilburg University in the Netherlands. In this timely post Megan tackles the ongoing injustice and potential international crime that is the deteriorating health conditions in the Gaza Strip. Enjoy!

Most people are familiar with the Palestinian-Israeli conflict and, rightly so, a great deal of attention is paid to the attacks occurring there against civilians and civilian property. However, beyond the drama of the conflict, a number of other injustices are occurring, that escapes notice, particularly in the Gaza Strip. Amongst the most pressing of violations of international humanitarian and human rights law is the quickly degenerating health conditions in the Gaza Strip, which are a direct result of the conflict between Israel, the West Bank and the Gaza Strip.

With the current population of 1.7 million crammed into just 365 square kilometres (141 square miles), the Gaza Strip is one of the most densely populated regions in the world. But, with no landfill, piles of garbage line the streets, in even the best neighbourhoods of Gaz. Sewage flows freely in the streets and a swim in certain parts of the Gaza Sea guarantees a parasite souvenir, thanks to the sewage being pumped into it. Ninety percent of the water in the area is undrinkable without treatment and the vast majority of citizens drink mildly polluted water filled with feces, parasites, pesticides, metals and other pollutants.

Children and the elderly live in constant risk of serious illness and death. Maternal health in Gaza is a serious problem, due to the deplorable health conditions and lack of adequate health care. There may be an increase in cancer amongst the Gaza Strip population, though exact statistics are not yet kept. There is a significant level of diabetes amongst Gazans. In essence, a myriad of health problems requiring medicine and care affect the people of the Gaza Strip.

Moreover, when an illness is discovered, there is no guarantee that appropriate health care will be available to those who require it in the Gaza Strip. There is often an insufficient level of necessary medicine, while expertise and equipment is not always found in Gaza. As a result, permission to travel to Israel, the West Bank and Egypt can make the difference between life and death for many ill Gazans – permission which is often thwarted by the actions of Israel, the Palestinian Authority or Egypt.

The root of the problem in Gaza is two-fold: Israel does not allow the import of proper equipment, prevents an essential supply of electricity, prevents patients from travelling for health care and has wilfully attacked civilian objects, exacerbating the situation. Moreover, the Palestinian Authority, fractioned from Gaza’s elected government, Hamas, prevents medication from reaching the Gaza Strip. Both parties, Israel and the Palestinian Authority, have an obligation to ensure Gazans have access to health care.

First, Israel, as the Occupying Power, is obligated under Articles 38(2) and 56 of the Fourth Geneva Convention to ensure health care for protected persons, which is defined as the following under Article 4 of the same Convention:

“those who, at a given moment and in any manner whatsoever, find themselves, in case of a conflict or occupation, in the hands of a Party to the conflict or Occupying Power of which they are not nationals.”

Gazans, as citizens currently under the occupation of the State of Israel, fit the definition of protected persons.

Under Article 56, the Occupying Power is obligated:

“To the fullest extent of the means available to it … the duty of ensuring and maintaining, with the cooperation of national and local authorities, the medical and hospital establishments and services, public health and hygiene in the occupied territory,” so that, under Article 38(2), protected persons “shall, if their state of health so requires, receive medical attention and hospital treatment to the same extent as the nationals of the State concerned.”

This positive duty requires Israel to ensure the maintenance of health services in the Gaza Strip so that appropriate healthcare will be available when needed.

Based on the separation of duties between Israel and the Palestinian Authority, Israel’s obligations fall under the maintenance of services designed to promote public health. This would include the maintenance of the water treatment and the supply of electricity to ensure that hospitals can run properly. It would also include facilitating the travel of patients if necessary to make sure that Gazans receive the same health care as that of the Occupying Power.

Israel’s primary excuse is their need to vehemently protect their national security. They claim that allowing the import of materials to repair the water treatment plants might, in some unexamined way, result in attacks against Israel. Similarly, the rejection of patients needing to travel to Israel for medical treatment is on the grounds of national security – this vague term that is never explained but often used. Israel’s blanket rejection of necessary goods to fulfill their obligations under international law amounts to collective punishment, which is prohibited under Article 33 of the Fourth Geneva Convention.

In addition, the Palestinian Authority has obligations derived under international human rights law. As per Article 25 (1) of the Universal Declaration of Human Rights, “Everyone has the right to a standard of living adequate for the health and well-being of himself and of his family, including food, clothing, housing and medical care,” a right that is echoed in the Preamble to the World Health Organisation’s Constitution and Article 12 of the International Covenant on Economic, Social and Cultural Rights. Preventing the import of medicine, the primary duty that falls under its powers, is a violation of the Palestinian Authority’s positive obligation to ensure health care in Gaza. 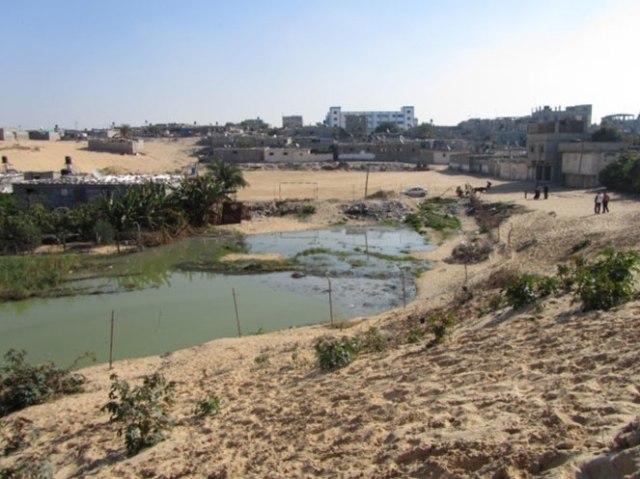 At the end of the day, whether the problem is caused by the Palestinian Authority or Israel is irrelevant in terms of international law as both parties have an obligation to the territory they are protecting. According to the Human Rights Council in General Comment No. 14 on the “Right to Health,” states have an obligation to respect, protect and fulfill the right to health in their territory. The obligation to fulfill these rights requires states to take “all necessary steps to ensure the realization of the right to health,” including “the failure to take measures to reduce the inequitable distribution of health facilities, goods and services.” In other words, both Israel and the Palestinian Authority, under their particular responsibilities, must take all necessary steps to guarantee that all three of these objectives are met, in particular with regards to equal access to heath for Gazans; otherwise, they cannot say that they are fulfilling their obligations towards the people of the Gaza Strip.

Given the systematic nature of the violations being committed by Israel and the Palestinian Authority, as well as the seriousness of the crime, it is possible that their actions with regards to the specific obligation to ensure health care in the Gaza Strip meet the requirements for persecution. Persecution, as an enumerated ground for crimes against humanity, codified in Article 7(1)(h) of the Rome Statute of the International Criminal Court, is defined under Article 7(2)(g) as “the intentional and severe deprivation of fundamental rights contrary to international law by reason of the identity of the group or collectivity.” The right to health is a fundamental right guaranteed to the population of the Gaza Strip, who are deprived of this right for the sole reason that they live in the Gaza Strip. For this theory to be tested, however, one of three things would need to occur: the Security Council would need to positively vote to send the situation to the ICC for investigation; the Prosecutor would need to unilaterally decide to open an investigation into the violations being committed in the Gaza Strip; or the Palestinian Authority could refer this situation to the ICC, though this would only apply to violations committed by Israel. This third option is, unfortunately, dependent on one keep item – Palestine would first need to be recognized as a state, or at least a non-member observer state, by the General Assembly and, preferably, the Security Council. Although this is certainly a possibility, at this time Palestine, based on the ICC’s response to an earlier attempt to refer Israel to the court, does not have sufficient powers under international law to refer situations to the ICC.

With another two recent reports being released on health in the Gaza Strip, namely Save the Children’s “Gaza’s Children: Falling behind” and the United Nations Country Team in the occupied Palestinian territory’s report on “Gaza in 2020,” it is time for the international community to recognize that the health of Gazans, amongst the myriad of problems facing the occupied territory, is a serious issue.

The High Contracting parties to the Fourth Geneva Convention, obliged under Article 1, must persuade, Israel, as a party to the Convention, to fulfill its obligations under international humanitarian law. Similarly, the international community must persuade the Palestinian Authority that political differences cannot be used as an excuse for depriving an entire population of care.

The views and opinions expressed herein are those of the author and do not
necessarily reflect the views either the Palestinian Centre for Human
Rights or Tilburg University.

Mark Kersten is a consultant at the Wayamo Foundation, a Senior Researcher at the Munk School of Global Affairs, and a law student at McGill University Law School. He is also author of the book, 'Justice in Conflict - The Effects of the International Criminal Court's Interventions on Ending Wars and Building Peace' (Oxford University Press, 2016).
View all posts by Mark Kersten →
This entry was posted in Human Rights, Israel, Justice, Palestine and tagged Gaza, Healthcare, Palestinian Authority. Bookmark the permalink.

3 Responses to A Quiet Injustice: Degenerating health conditions in the Gaza Strip