The ICC and Justice in the Wake of the Ngudjolo Acquittal 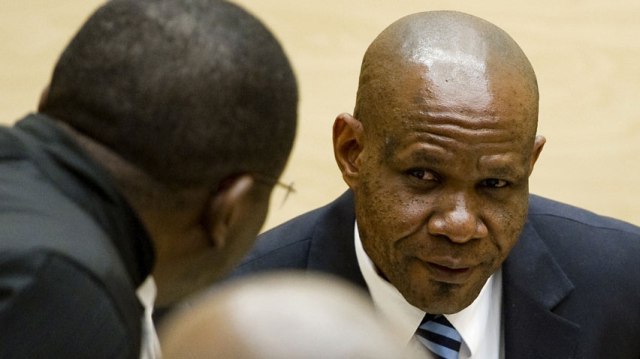 For many at the International Criminal Court, it was a rough day at the office. For many in the DRC, it was bewildering and upsetting. On 18 December, ICC judges acquitted Mathieu Ngudjolo, the former Congolese rebel leader who had been on trial for his alleged role in orchestrating the 2003 Bogoro Massacre in which at least 200 civilians were killed. The bombshell acquittal is likely to have significant implications not only on the development of international criminal law but also on the capacity of the ICC to achieve and serve justice.

Many insightful observers have already weighed in on the Ngudjolo acquittal. William Schabas and Jens David Ohlin have assessed its implications on international criminal law. David Bosco weighed in on the shortcomings of the ICC Prosecutor’s strategy of targeting the leadership of governments and rebel groups. Numerous commentators have also argued that the acquittal actually indicated that international criminal law was working – and working well. Over at Wronging Rights, Kate Cronin-Furman, for example, argued  that the Ngudjolo there was a silver lining to the verdict: the “acquittal shows that, although the ICC faces tremendous pressure to deliver convictions, it will not operate merely as a stamp on public consensus about a defendant’s guilt.” In a similar vein, Joshua Keating discussed the appropriateness of expecting that everyone who faces justice at the ICC should be convicted:

I understand the frustration here, but I do think there’s a danger in human rights groups decrying trial as a failure because a suspect was not convicted…In any fair court, defendants — includings ones who are almost certainly guilty — are going to sometimes be acquitted for reasons ranging from lack of evidence to prosecutorial incompetence…[W]e’re going to have to accept that sometimes the bad guys will get away with it.

There is a lot of merit in these comments. It seems clear that the Ngudjolo verdict is a demonstration that international criminal law and fair trial standards at the ICC are functioning properly. However, the fact that the ICC’s trial standards were met should not be conflated with a belief that ‘justice’ was served. Rather, the Ngudjolo acquittal sits awkwardly amongst competing conceptions of justice. More specifically, the acquittal exposes the tension between international criminal justice as achieved through tribunals like the ICC and broader expectations that perpetrators are brought to account. This tension has, of course, always been somewhat problematic because it treats ICC justice as superior and sophisticated and local expectations as simplistic and emotional. 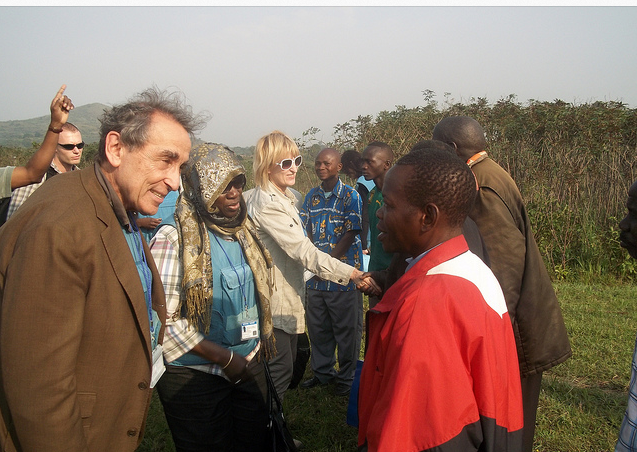 Judges in the Ngudjolo case visiting the DRC in January 2012. (Photo: ICC)

The Chamber emphasised, however, that the approach it adopted does not mean that, in its opinion, no crimes were committed in Bogoro on 24 February 2003, nor does it question what the people of this community have suffered on that day. The Chamber also emphasised that the fact of deciding that an accused is not guilty does not necessarily mean that the Chamber finds him innocent. Such a decision simply demonstrates that, given the standard of proof, the evidence presented to support his guilt has not allowed the Chamber to form a conviction “beyond reasonable doubt”.

Still, the ruling could have wide-ranging implications for the ICC’s ability to gain support and cooperation for future cases. There is an ever-present possibility that victims and survivors of atrocity crimes will think twice before seeking and supporting the ICC as a means to achieve accountability and justice. In the wake of the Ngudjolo verdict, many are likely to fear that perpetrators sent to face trial at the ICC would simply spend a few years in relative comfort at ‘The Hague Hilton’ and then be set free. It would not come as a surprise, for example, if Libyans are only more convinced that Saif al-Islam Gaddafi and Abdullah al-Senussi should never be sent to The Hague.

So what is the ICC to do?

As stated above, the acquittal shows that the Court’s legal standards are fair and functioning as they should. It thus follows that they don’t need tinkering. Within the Office of the Prosecutor, the Court’s new chief Prosecutor Fatou Bensouda will surely decide to amend its strategies in order to avoid similar embarrassments in the future. After all, hitting ’50/50′ isn’t a particularly good batting average. However, such changes will be made internally and will probably only yield results years down the road.

However, one thing the Court can do – and should do – immediately is to dramatically increase its outreach capabilities. While it clearly has improved over the years, the ICC hasn’t always done a good job communicating its work and making it accessible to the citizens of the eastern DRC. For example, when the verdict of Thomas Dyilo Lubanga was issued earlier this year, the local ICC communications team in the Ituri region claimed it was not provided with sufficient funds to broadcast the ruling.

The first place the ICC could demonstrate a re-invigorated dedication to outreach is in the Ituri region of the DRC, where it should seek to explain exactly what happened during the trial, explain the verdict and communicate what can and will be done in the future to avoid similar acquittals. To be clear, this isn’t likely to satisfy the people of the eastern DRC. However, it could be the difference between victims and survivors in the DRC demanding improved prosecutorial strategies and demanding that the ICC never get involved at all.

Mark Kersten is a consultant at the Wayamo Foundation, a Senior Researcher at the Munk School of Global Affairs, and a law student at McGill University Law School. He is also author of the book, 'Justice in Conflict - The Effects of the International Criminal Court's Interventions on Ending Wars and Building Peace' (Oxford University Press, 2016).
View all posts by Mark Kersten →
This entry was posted in Democratic Republic of Congo, ICC Prosecutor, International Criminal Court (ICC), Outreach, War crimes and tagged Ituri, Lubanga, Ngudjolo. Bookmark the permalink.