The ICC and Kenya Parting Ways? What it Means and What it Doesn’t. 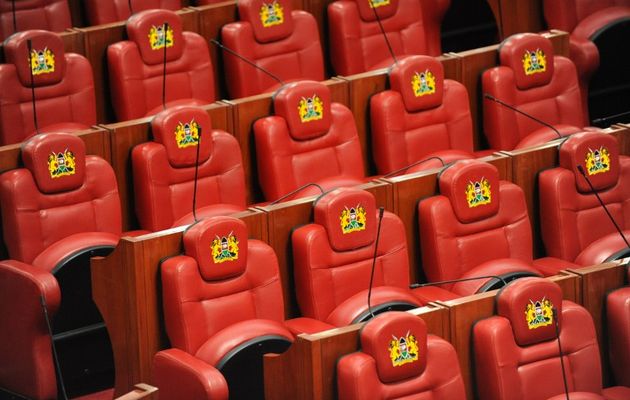 UPDATE: Kenyan Parliament has now approved a motion to withdraw from the ICC. A bill will be introduced to this effect in 30 days. Opposition MPs boycotted the vote. For a new post on whether the vote was in vain, see here.

By now, readers are likely well aware that Kenya’s Parliament is on the verge of voting on whether to withdraw from the International Criminal Court (ICC). This comes just days before the trial of William Ruto is set to begin in The Hague. Given the dominance of the Jubilee Alliance, which brought together Uhuru Kenyatta and Ruto (both of whom have been charged by the ICC for their alleged involvement in the 2007-08 post-election violence), it seems like a foregone conclusion that a motion to withdraw from the Court will pass. What is less clear is what that means for Kenya, the ICC, the relationship between the Court and African states, and the Kenyatta and Ruto cases.

Here is the motion being debated by Kenya’s Parliament:

That, aware that the Republic of Kenya promulgated a new Constitution on 27th August, 2010 which has fundamental changes in the circumstances relating to the governance of the Republic; aware that the Republic conducted its general elections on the 4th of March 2013 at which the President and Deputy President were lawfully elected in accordance with the Constitution of Kenya; further aware of a resolution of the National Assembly in the Tenth Parliament to repeal the International Crimes Act and to suspend any links, cooperation and assistance to the International Criminal Court ; this House resolves to introduce a Bill within the next thirty days to repeal the International Crimes Act (No 16 of 2008) and that the Government urgently undertakes measures to immediately withdraw from the Rome Statute of the International Criminal Court, adopted by the United Nations Diplomatic Conference of Plenipotentiaries on 17th July, 1998.

As the Court has made clear, regardless of whether or not Kenya withdraws, the ICC cases will go forward. Legally, withdrawing from the Rome Statute will have no effect on the trials of Ruto or Kenyatta. While the vote is a potentially potent political move, to quote Bill Pace, “Kenya gains no legal advantage by withdrawing from the ICC.” Importantly, a withdrawal would only be effective 12 months after any decision to withdraw was made.

Shooting themselves in the foot

To date, the ICC has not issued arrest warrants against either Ruto or Kenyatta. Instead they remain under summons to appear at ICC hearings. So far, they have cooperated with the Court. Critically, this has allowed statesmen, diplomats and heads of state to meet with Kenyatta in person. Had Kenyatta been indicted by the Court, meetings with individuals like the UK’s PM David Cameron would have been impossible.

If the vote to withdraw passes, the likelihood that the Court will issue arrest warrants increases dramatically. This is because Ruto and Kenyatta are very unlikely to continue to cooperate with a Court that their country has just voted to withdraw from. To do so would be confusing and look silly. With arrest warrants, however, Ruto and especially Kenyatta will join ranks with Omar al-Bashir as international pariahs whose diplomatic travel plans are highly limited.

Seriously. Has any ICC member state come out and stated that Kenya’s withdrawal would be a regrettable step backward for international justice and for accountability in Kenya? I haven’t seen anything to date. This vote has been in the works for days now and even the United Nations has been precariously silent on the matter.

It’s just an idea, but if Kenya goes ahead and withdraws from the ICC, I think it would be smart move for human rights NGOs and Kenyan civil society to push for the UN Security Council to intervene and perhaps even refer the 2007/08 post-election violence to the ICC. Of course, it wouldn’t make much of a legal difference given that Kenya’s withdrawal won’t affect the ICC’s cases. But it would be an important endorsement of the ICC’s work and the need for justice and accountability in the country.

This is the question everyone wants answered. Is Kenya’s potential withdrawal from the ICC another blemish on the ICC’s relationship with African states? Yes. But I really don’t think that the rest of Africa will take inspiration from Kenya and suddenly depart from the Rome Statute on masse. I don’t think we will see a spate of Parliamentary votes across to withdraw from the ICC. Undoubtedly, many African states will voice their support for Kenya’s fight against the Court – as they consistently have. But every African state has its own political calculus and its own political logic. Leaving the ICC is not a pressing issue in any other African state and states tend not to do things they don’t think they have to do just because another country did. As importantly, it is more politically sensible to remain part of the ICC system and selectively endorse and criticize it from the inside.

Mark Kersten is a consultant at the Wayamo Foundation, a Senior Researcher at the Munk School of Global Affairs, and a law student at McGill University Law School. He is also author of the book, 'Justice in Conflict - The Effects of the International Criminal Court's Interventions on Ending Wars and Building Peace' (Oxford University Press, 2016).
View all posts by Mark Kersten →
This entry was posted in International Criminal Court (ICC), International Law, Justice, Kenya, Kenya and the ICC and tagged Kenya withdrawal from ICC, Uhuru Kenyatta, William Ruto. Bookmark the permalink.

24 Responses to The ICC and Kenya Parting Ways? What it Means and What it Doesn’t.